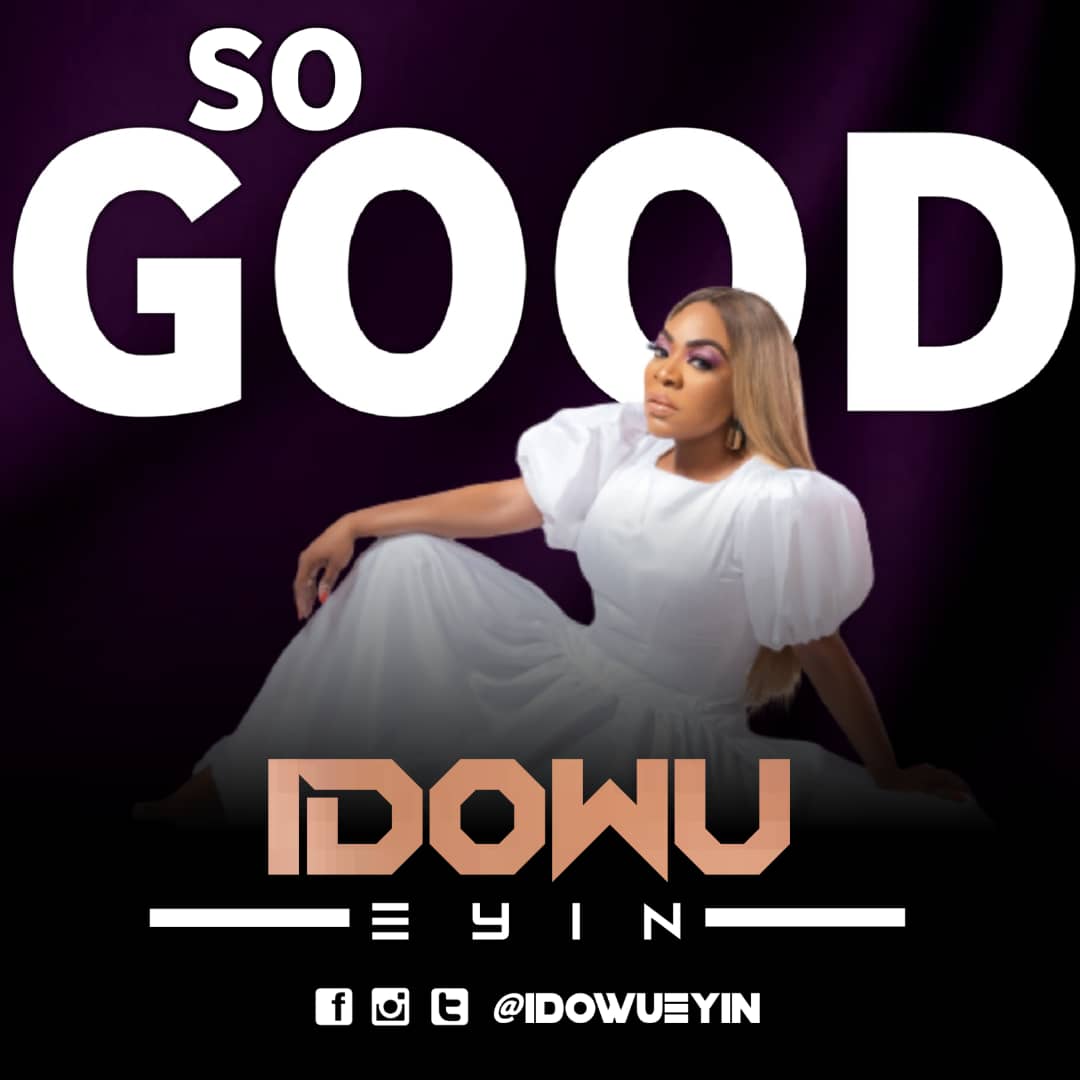 Gospel music minister Idowu Eyin is out with a new single titled “SO GOOD”,  a heavy percussion song that instills a joyous gyration mood.

Idowu Eyin exalts and pours accolades on Jehovah while reassuring of the defence the name of God is to everyone who trusts in Him. The Afrocentric gyration tone of the song further strengthens the theme of joy and gladness.

“Addicted to Jesus” are the very words that describe Idowu Eyin, the UK based gospel music artist. She is an entrepreneur, wife, minister, ambassador, activist, children rights advocate and fashionista.

She started singing before the age of eight but released her first official single in 2016. This was followed up with an 8 track album and 6 music videos.

Idowu is a born winner. She is a survivor of LPR condition (Laryngopharyngeal reflux), a type of acid reflux that affects the larynx (vocal area). She developed 2 massive cysts on her vocal cords as a result of this condition and had to undergo surgery to remove them. She attributed the success of the medical procedures to the “God Factor” in her life.

A few months after the surgery, she ministered at 2 concerts – the Tasha Cobbs Live in Concert and Synergy 2017. She also went on to release 2 more singles. She is also an AGMMA 2018 award winner for Best Video for the song “Jesus is Alpha and Omega” featuring Purist Ogboi and St. Andrew.

The Gospel music minister who also doubles as an ambassador for Charity organisations sponsoring children in Senegal, Niger and Uganda,  is currently working on several music projects to be released in the coming year.