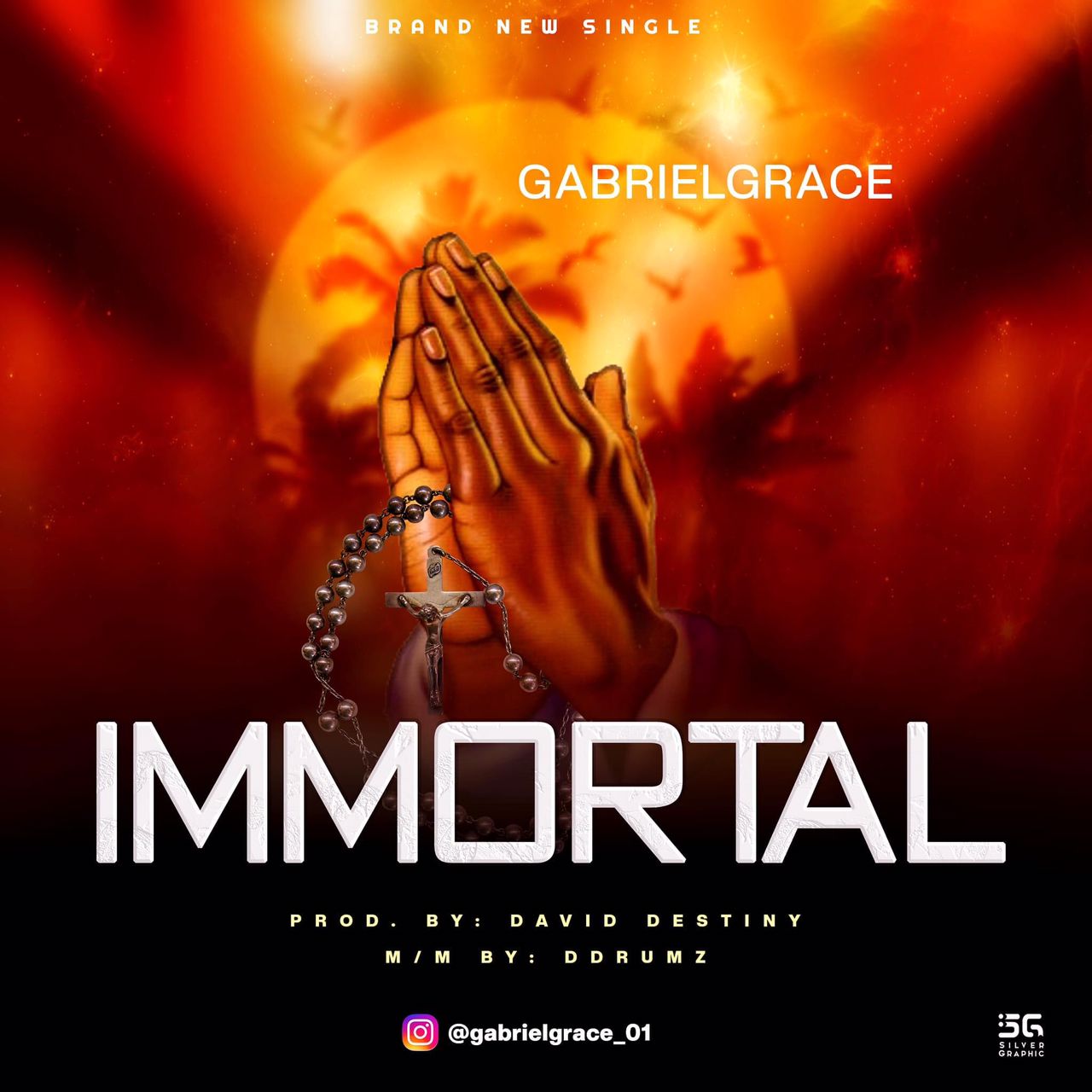 Gabriel Folorunsho is a Nigerian praise and worship singer, a song writer and recording artist. He is popularly known as Gabriel Grace. He was born on the 9th of september 1996, in Ogun, Nigeria, into the family of Mr and Mrs Elegbede.
Gabriel grace has contributed immensely to the growth of gospel music in Nigeria, his passion for souls and his love for kingdom advancement has made him surrender his live to the preaching of the gospel through the power of songs, (solid worship) of which has lead him to produce and still producing songs as the spirit gives him utterance..
He had is first Single on 19th of December 2021 Titled; IYIN which had been all over places and still buzzing, thereafter he got another Single dropped September 09 2022 Titled “BOTIWUN” which is still talk of the town collecting lots of streams, views, and downloads on digital stores.
And here Again is another Single we all have been waiting tirelessly for Titled; IMMORTAL which will be released on the 4th of November 2022.
Download, enjoy and share.
LINK: https://od.lk/f/NF8yNjI2NjI0MDdf
Related Topics:
Up Next