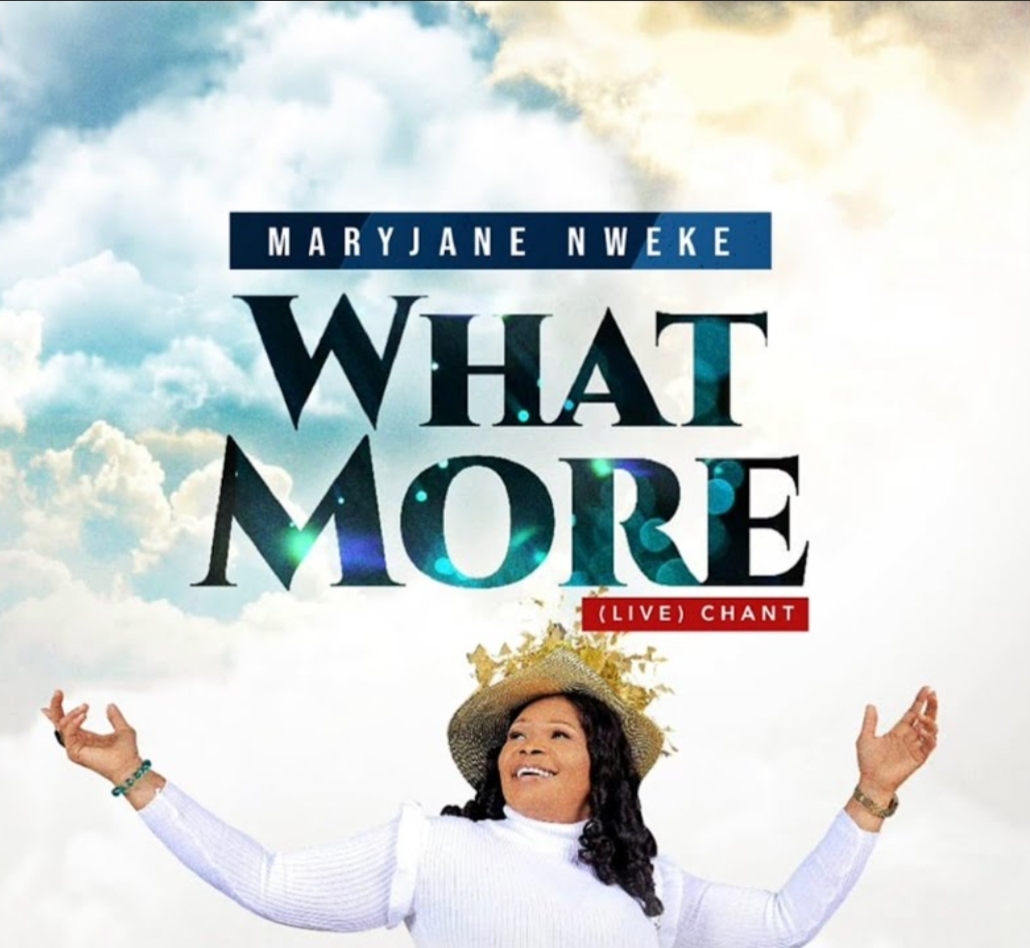 Gospel music minister MaryJane Nweke is out with a new single titled “What More (Live Chant).” The release is a chant version of her forthcoming single with the same title, due for release soon.

MaryJane is known for her heartfelt eulogies of God and traditional folk praise songs, gives a sterling spontaneous rendition on this release. The song speaks of God’s faithfulness, His immense power to subject mountainous challenges,  His flawlessness  and the fullness of everything that makes Him the Supreme Being.

As earlier mentioned, the spontaneous worship is a forerunner to her soon-to-be-released single but it is worthy of note because of the depth and intensity which MaryJane Nweke touched on this rendition, just as the main single will be of immense blessing as well.

MaryJane Nweke is a songwriter and Gospel music minister with the grace to win souls for Christ through gospel songs. Nicknamed “the Golden voice,” the Port Harcourt based Gospel music minister has shared the Gospel through songs in several places and alongside several Gospel music ministers. Her album titled “Satisfied” dropped off the stables of MaryJane Music Enterprise. Her other releases include “Doer Of Good Things,” which got international recognition and enjoyed heavy rotation on different airwaves around the world. The song also paved the way for the artist to get invitations for ministrations at several events, She also released the amazing single “Jesus Never Fails” which featured the sensational Mercy Chinwo. “Same God” is another amazing work in her discography worthy of note.

Get inspired and be blessed by “What More (Live Chant)” by MaryJane Nweke.