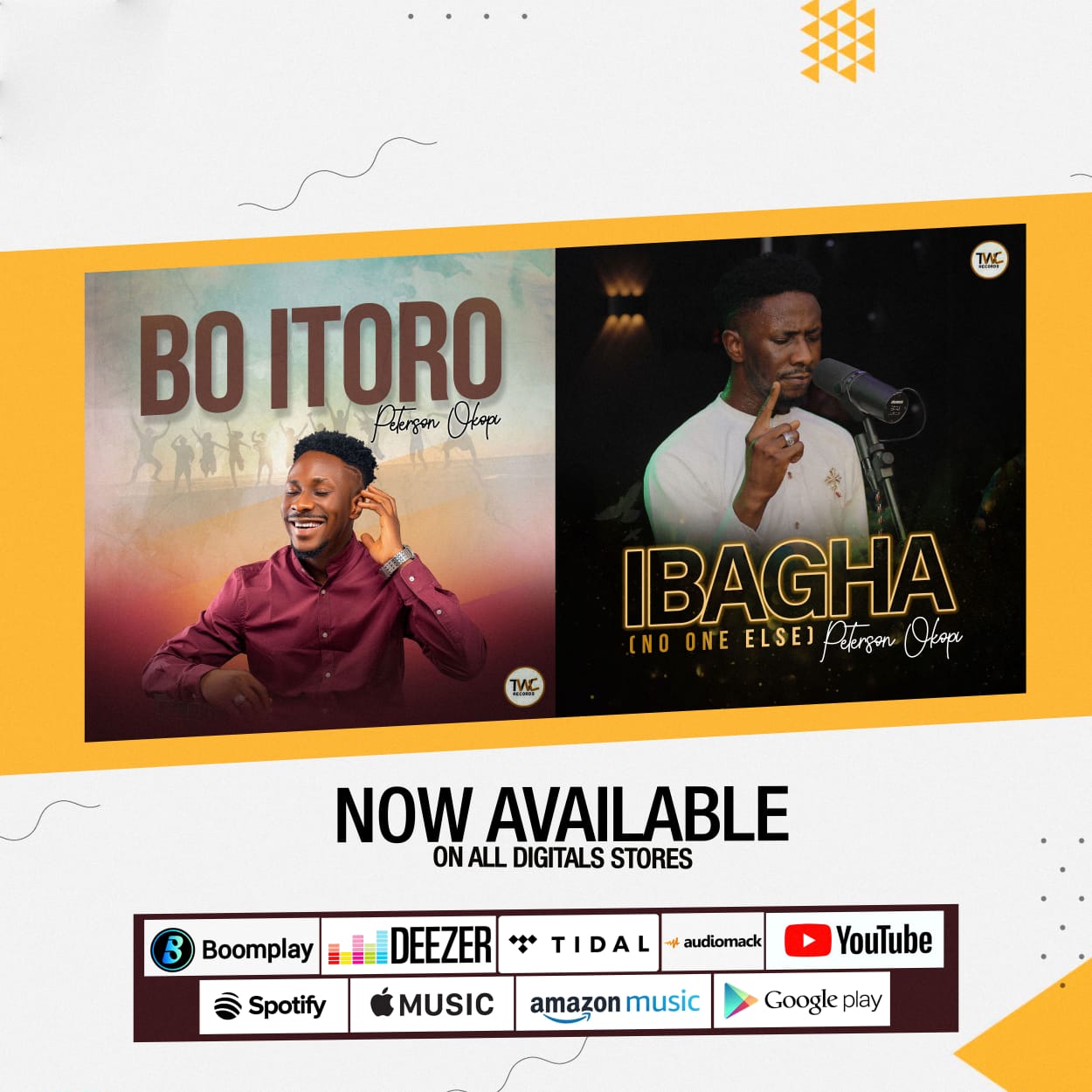 TWC Records has submitted a double-release for its artist Peterson Okopi. The two new singles titled “Ibagha” and “Bo’ Itoro” are coming weeks after the release of the smash hit “Jesus is not a Scam”.

The songs which were recorded Live at TWC Studio, in Uyo, Akwa Ibom state are rendered in Ibibio language. Recall that Peterson Okopi had earlier done some Ibibio medleys in his “Osuba” album, but this time he is not just giving the world medleys but some soul lifting well composed songs in Ibibio language.

The songs “Ibagha” and “Bo’ Itoro” which means “No one like God” and “Receive Praise” respectively are songs of affirmation to the sovereignty of God and also of thanksgiving to God for who he is and for all that he has done for us. They are songs that will swing you into worshiping with a heart of gratitude. A swift reminder that no one is like our God.

The song was produced at TWC Studios Uyo, mixed and mastered by Roland Joel.