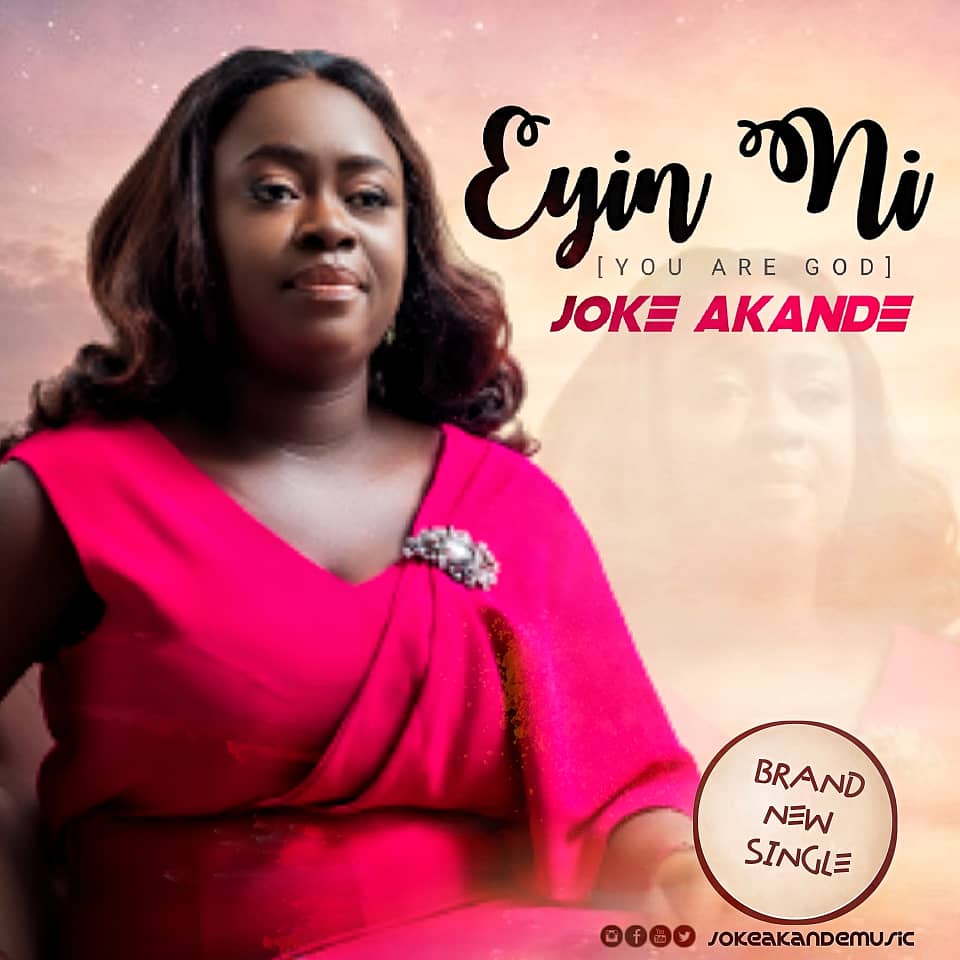 Gospel music minister Joke Akande is out with her sophomore single, making it the second single released this year. She aptly titles the new release “Eyin Ni” (You are God).

The worship single with the literal meaning as “it is you” accredits the Supreme One as the essence of life. It pours out adulation to the owner of the heavens who is greater than the heavens. It is a Contemporary Worship single rendered in English with a splash of the Yoruba dialect of the Western part of Nigeria.

“[This is] one of the best and most authentic songs I have written [and it was] produced by the wonderful Wilson Joel (Music Magnate). This song is a worship song that was not planned for, it just happened through the ministration of the Holy Spirit.”

The single is coming on the heels of the widely accepted EDM sound released in February titledThe earlier released single is apparently her debut and it was strong enough to establish Joke Akande as a force to reckon with.

Joke started singing from a tender age in the Apostolic Church’s children’s choir and participated in various programs along the years. She was a committed choir member of TACSFON and a member of interdenominational music groups such as The Oratorio founded by Oyindamola Adejumo (Olorun Mi Mohun Ti O Se), The Hannahrites, JCCF and UJCM during her undergraduate days. Also, she served as part of the choir and worship teams in almost all the churches she has attended.

She is a Business Administration professional with specialty in human resources, communication and corporate strategic support. She is happily married and blessed with children.

“Eyin Ni (You are God)” was produced by the award winning Wilson Joel (AKA Music Magnate), who is also the brain behind her debut single.