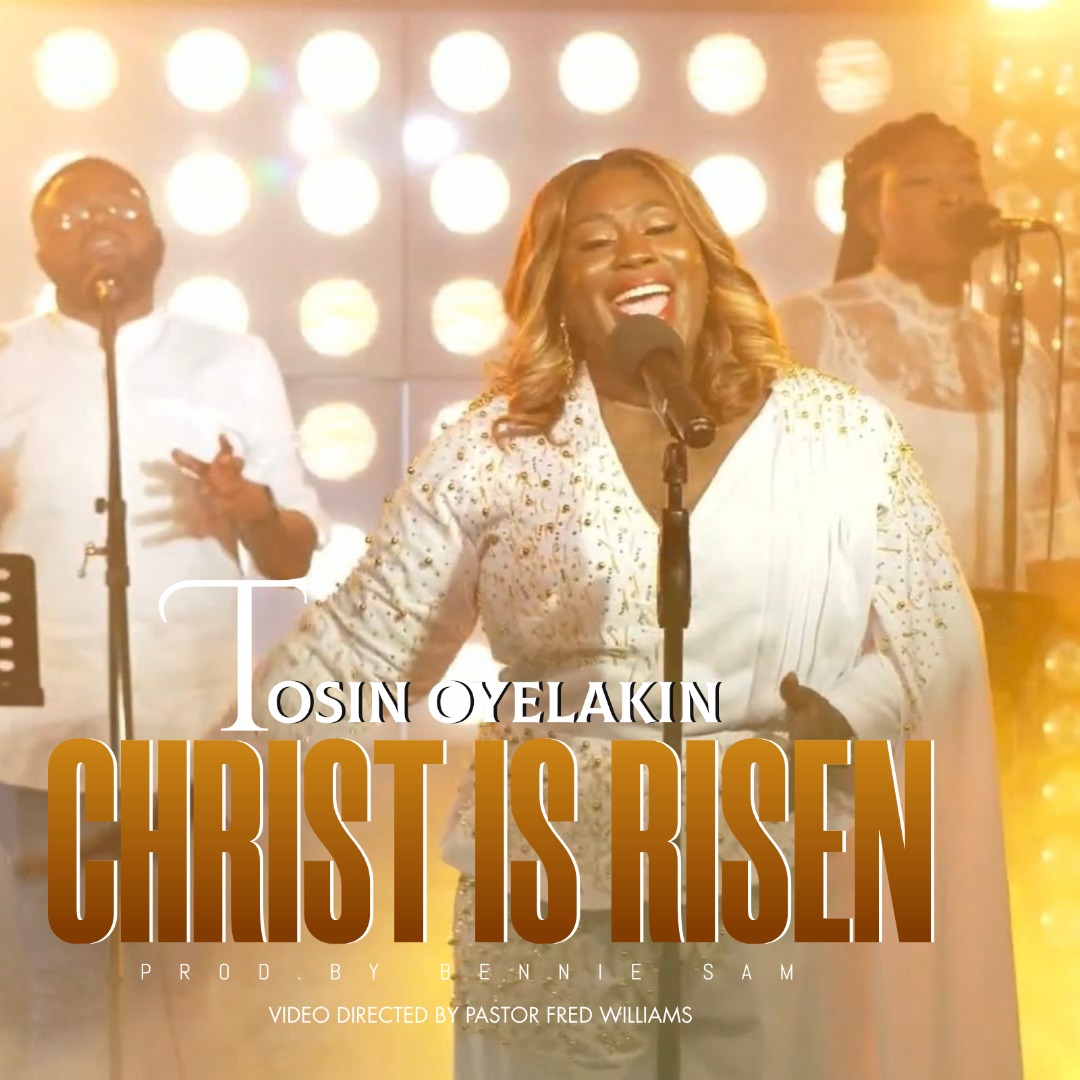 Amazing U.K.-based Nigerian gospel music minister and songwriter, Tosin Oyelakin offers up a brand new single titled, “Christ Is Risen,” commemorating the Easter season.
Sharing the inspiration behind the song, Tosin says “This is a song that reaffirms the foundation of our Christian faith. When He died and rose again, Jesus demonstrates His victory over sin, death and the grave; Because Christ has the victory and so do we, and He is indeed Lord of all.” – she concludes.
Tosin Oyelakin is an educator who embodies confidence and ambition through her relatable and empowering lyrics, accompanied by her phenomenal vocal delivery.
This new song is produced by Bennie Sam and is accompanied by a music video directed by Pastor Fred Williams.
Watch video: https://youtu.be/xm76R3wQeUM
Download/stream audio: https://song.link/tvkh5kczqfwrm
LYRICS – CHRIST IS RISEN
Death could not hold Him
The grave could not hold Him
He arose from the dead
Chorus
Hallelujah Christ is risen
He is Lord He is Lord
He has won the victory
Over sin and the grave
He arose from the dead
All the demons in hell
Could not hold Him captive
He arose from the dead
Chorus
He is Lord He is Lord
He has risen from the dead
He is Lord
Chorus
Jesus Christ is Lord

No Other Name ~ Debra Crown Olu

Victory Through The Blood ~ Tega