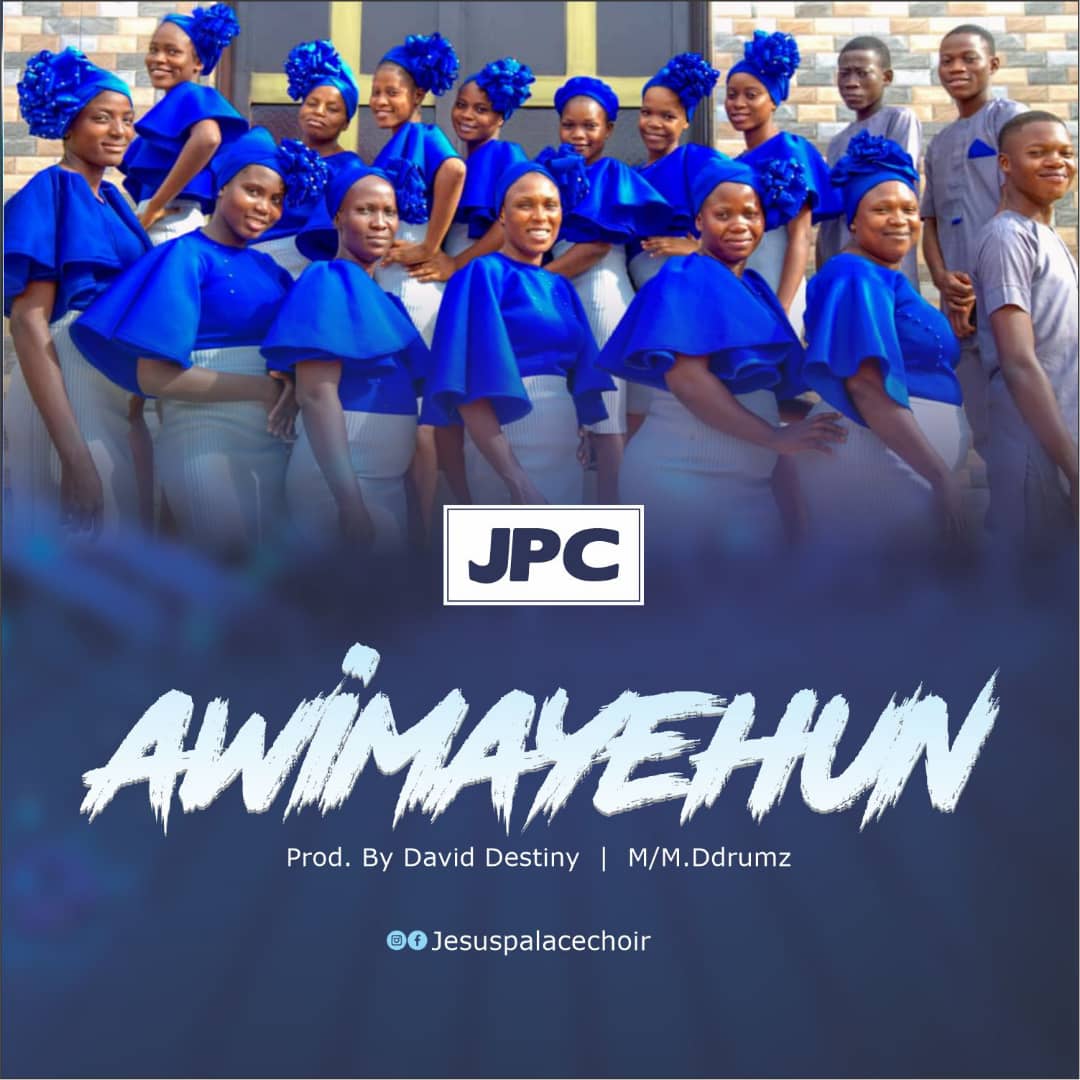 The choir of Jesus Palace Miracle Ministry was formed in the year of the church’s establishment, 2nd Jan, 2011.
The wife of the general overseer, lady evangelist Rebecca Idowu was the leader then, now the matron of the church’s maternity home. Within the same year, the team of choristers began to increase with instrumentalist and deaconess Adebola Afuape was appointed as the choir mistress and she served for 5 years.
As the years counts, the choir began to increase and this brought about change in leadership and deaconess Oluwayemisi Oluwatinpe was appointed till date.
The Lord had never ceased to use the choir miraculously and powerfully in different ministrations. Several praise night had been conducted before now and to the glory of God, this year they have been gracefully strengthened to anchor a praise concert themed ” praise of saints ” POS .
The choir known as JPC (Jesus palace Choir) has a single track to their credit titled “AWIMAYEHUN”
Download, enjoy and share.
DOWNLOAD LINK: https://jmp.sh/VAq6Dtw
Related Topics:
Up Next