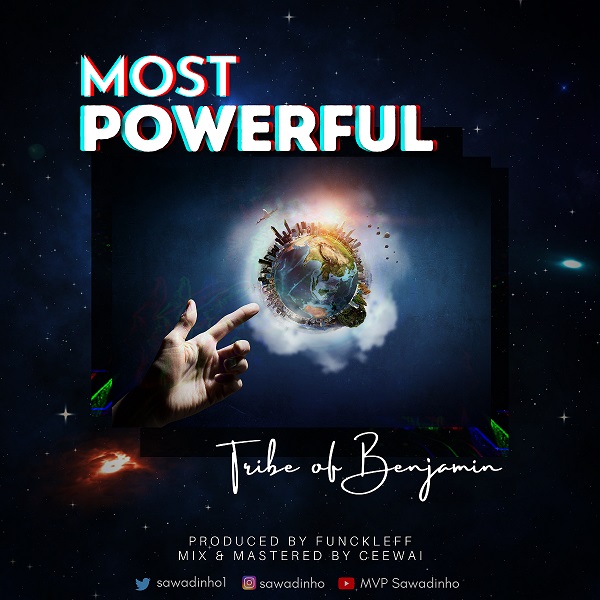 The single follows Benjamin’s style of subtle melody and the thematic preoccupation of awe. It is a tropical sound with a touch of High Life. The guitar hooks highlight the peak of the instrumentation and arrangement.

Benjamin eulogizes God using the English and Igbo dialect of the Eastern part of Nigeria. The song has a compelling melody that draws one in. He acknowledges God’s supremacy and one can tell his stance is based on an experiential knowledge of God’s ways.

“Despite the many twists about universe & creation, we believe in the existence of a God in heaven and he is the most powerful!” – Tribe of Benjamin

“Most Powerful” was produced by Funckleff, mixed and mastered by Ceewai.

I Lift My Hands ~ Ore Oluwa