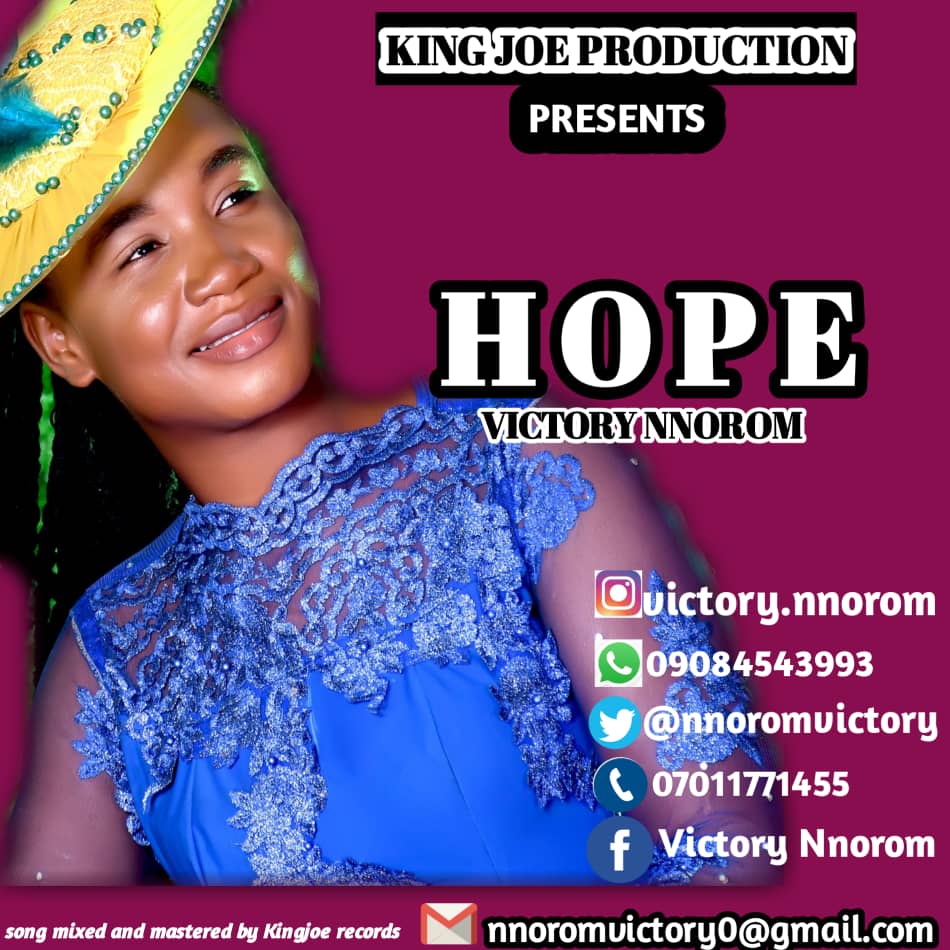 Victory Nnorom is a Nigerian gospel Singer and songwriter, inspired by the ministry of Chioma Jesus, Victory Nnorom’s passion into the gospel music ministry is to draw souls to Christ, thereby bringing to light the wonders, works and plans of God towards mankind and to create an avenue of fellowship to God through worship.
“Hope”  is her debut single, she has other powerful singles to be released.
According to the CPM Worship Leader, ” _I was inspired by God to write this song (hope). God showed me this important side of him, He gave me hope when there was nothing looking like hope in my human eyes and immediately His peace flowed like a river thereby bringing peace to my troubled soul. Even in this season where so many people’s heart have failed them, God said that He is still Jehovah that He is still giving hope, peace, strength and even giving life to the dead .
To as many that will look up to him and not to the world’s economy, or into their human ability.
Connect with Victory Nnorom on Social Media
Facebook: Victory Nnorom
Instagram: Victory.nnorm
Twitter: @nnorom.victory
Related Topics:
Up Next