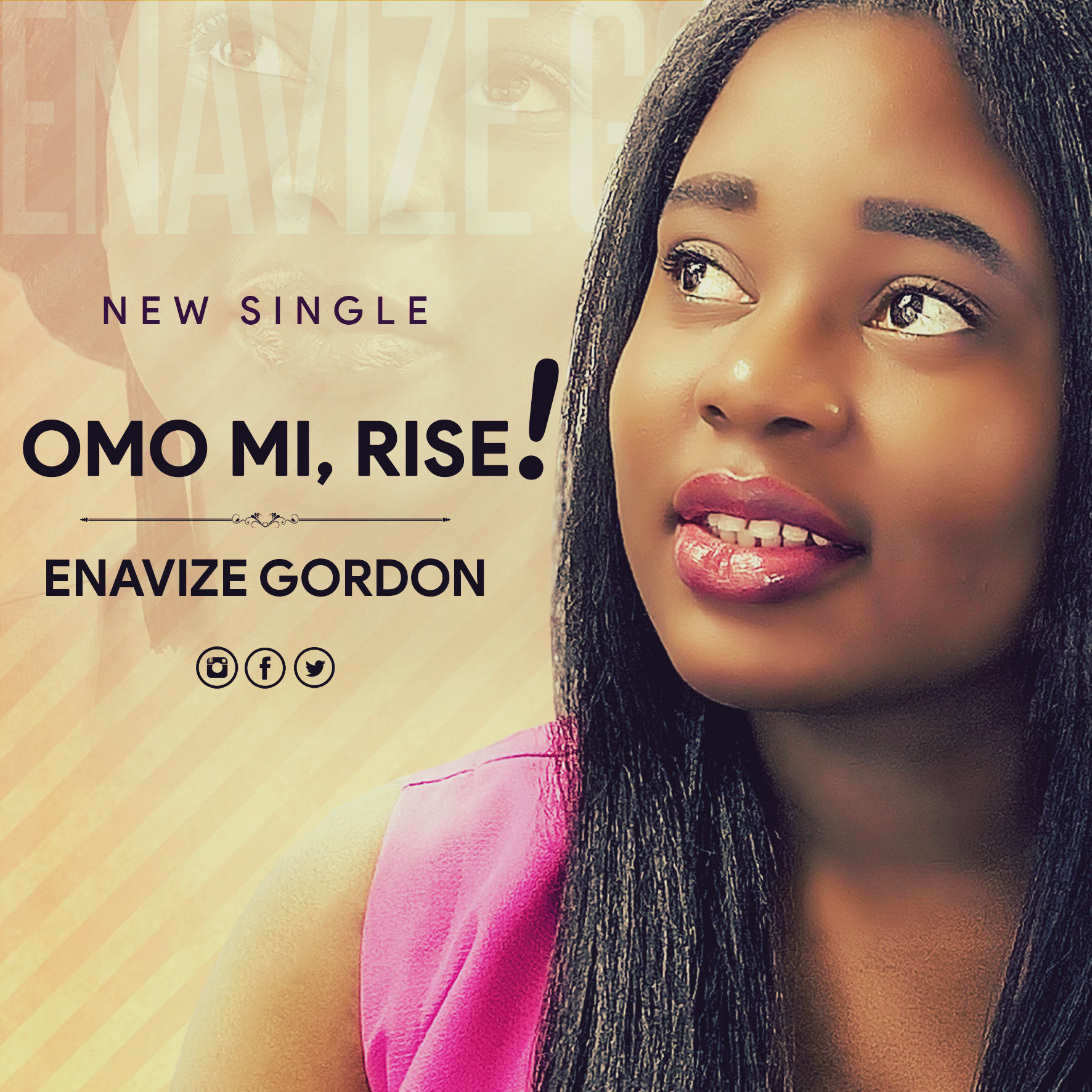 Emerging Gospel artiste, Enavize Gordon releases a new inspirational single titled “Omo Mi, Rise”.
“Omo mi” is the Yoruba word for my child. The song “Omo mi, Rise!” is a message from a father to his child who has fallen off the wagon and has lost faith. It is a reminder to us all that no matter what happens, with God nothing is impossible.
“The song is telling us that we have to rise. Arise and shine for your light has come and his glory has risen upon you. I do hope that as you listen to this song, it reminds you of your heritage in Christ Jesus that has set you up as a victor forever!” – Enavize Gordon
DOWNLOAD
Watch “Omo Mi, Rise” Lyric video below;
https://youtu.be/33GMhFuyM5I
About Enavize Gordon
Real name, Oghenevize Gordon Isiakpere, Delta State – Nigeria born upcoming Gospel music minister. She grew up in Lagos State, Nigeria and a student nurse with a background in business management.
Musically known as Enavize Gordon, a combination of her native name first name and her father’s first name. Oghenevize means God sent. “I believe we all are sent to the world to fulfill different purposes. I do not believe any man ended up on planet earth just to increase the population. To me everyone here right now was placed here intentionally. We must find out what this purpose might be and run with it. Music for me was not planned, I never thought I would end up doing music. Even when opportunities to do something music-related came up about 8 years ago, I felt reluctant because I used to see music as something I did just for fun and the songs I wrote as just scribblings”, Enavize said.
I grew up in the church, I was always that child in every play and choir rehearsals. It was like every time I found myself in a church I always got involved in different things. This continued even when I schooled at Delta State University, I somehow ended up in the drama, editorial, and choir units. I guess unconsciously my heart had always chosen music, it only took a while for me to realize that it was meant for more.
When I wrote New Dawn and Trust, I was just trying out music and hoping people are blessed by listening to it. Two weeks before the release date for Trust, I had an encounter that made me realize this musical journey is meant to be a lot more than what I had been thinking. God showed me that I am being called and the time to respond in obedience was at that time. Thinking back to that period I went through different phases of denial. I was asking how and why me. I kept on making excuses for my inability to do what God was asking, stating that I was not ready. People kept asking why after “Trust” I did not work on any other musical project. I never said the real reason. The answer to that question is that I was preparing. I had to act in obedience and let God work on me.
Over two years God has gifted me songs that surprise me, songs he wants me to share with the world. Songs that are not just songs but messages that he wants his children to connect with. I remember praying to God that he should not let me end up as a conductor that takes people to a destination but never arrives at any. I kept on praying to be a partaker in this redemption assignment. God showed to me that all the doubts and questions I had were within his control. It is funny to me now, how I was worried that I did not have the voice or the resources, forgetting that God is the giver of all things. Within two years, personally there has been a lot of changes. Even in times when I wavered, my thoughts have been surrounded by God’s will.
At the start of 2020, I did not think that I would be working on any song but God kept saying now is the time. I know I am part of the reason why these songs were given to me but I also know that it is meant for other people. God is calling his children and he is raising generals in this generation. I hope that you reading this are encouraged to be a part of his redemption plan. God is real and he’s calling you.
Music for me right now is a form of evangelism. I hope that as I continue on this journey with Christ that everyone listening continues to walk with God. It is my prayer that we all grow in our personal experience with Christ.
Connect with Enavize Gordon
Twitter – @enavize_gordon
IG – @enavize_gordon
Facebook – Enavize Gordon
Related Topics:
Up Next