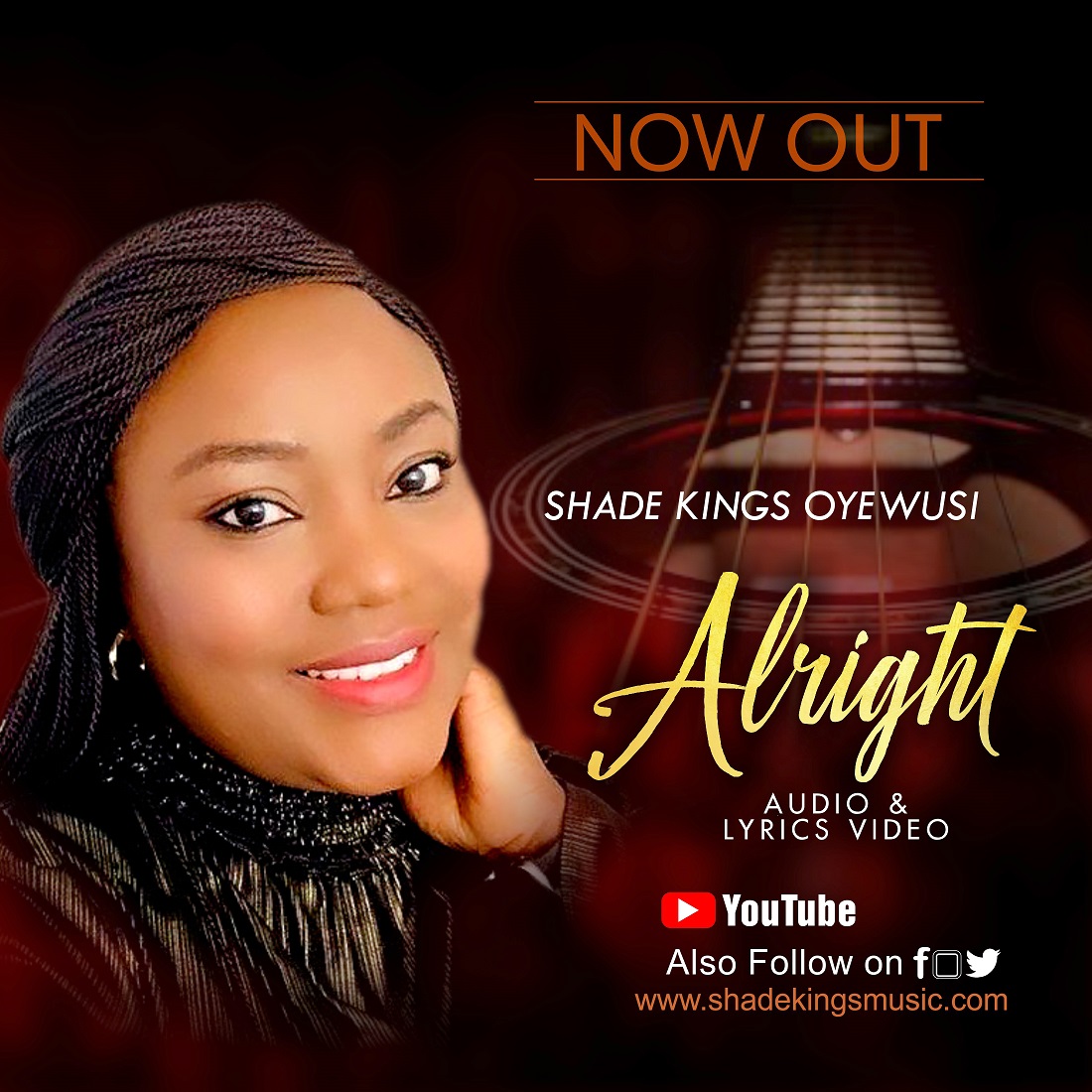 “Alright” is one of the songs in her Miracle Worker album and she wishes to bless the world by releasing the lyric video and audio for free download during this time of the Corona virus global Pandemic.

Speaking about the new single, Shade Kings Oyewusi who is also an ordained Deaconess said:

“I believe this song will bring healing, assurance, and hope to all people.

“The reason for the song is a word God gave me when I was in a state of uncertainty, He gave me the song of assurance and hope that everything is going to be alright. Isaiah 43:2, Matthew 28:20.”

The song was produced by Wole Adesanya (Mr Wols).

Chorus …..
(yeah ehe ehe)
Chorus:
(Just Believe in Him, put your trust in Him) oooooh
Everything s gonna be /3 believe

Shade Kings Oyewusi is a Canadian-Nigerian worship leader, singer, songwriter, and recording artist. She is set to bless the world with her music ministry. She is also an Educator and lover of little children.

She has been singing since she was 8 years old. Shade Kings was a leader of NIFES Choir back in the university days in Sokoto. She also started the choir in RCCG Kuwait and RCCG Lighthouse Canada. She has graced the stage with Daddy G.O. during Canada Saskatoon Rally, also with Ron Kenoly of the United States.

Shade Kings is happily married to Minister Niyi Oyewusi and currently resides in Canada with her family. Above all, the name of Jesus alone is to be glorified through worship and praise.