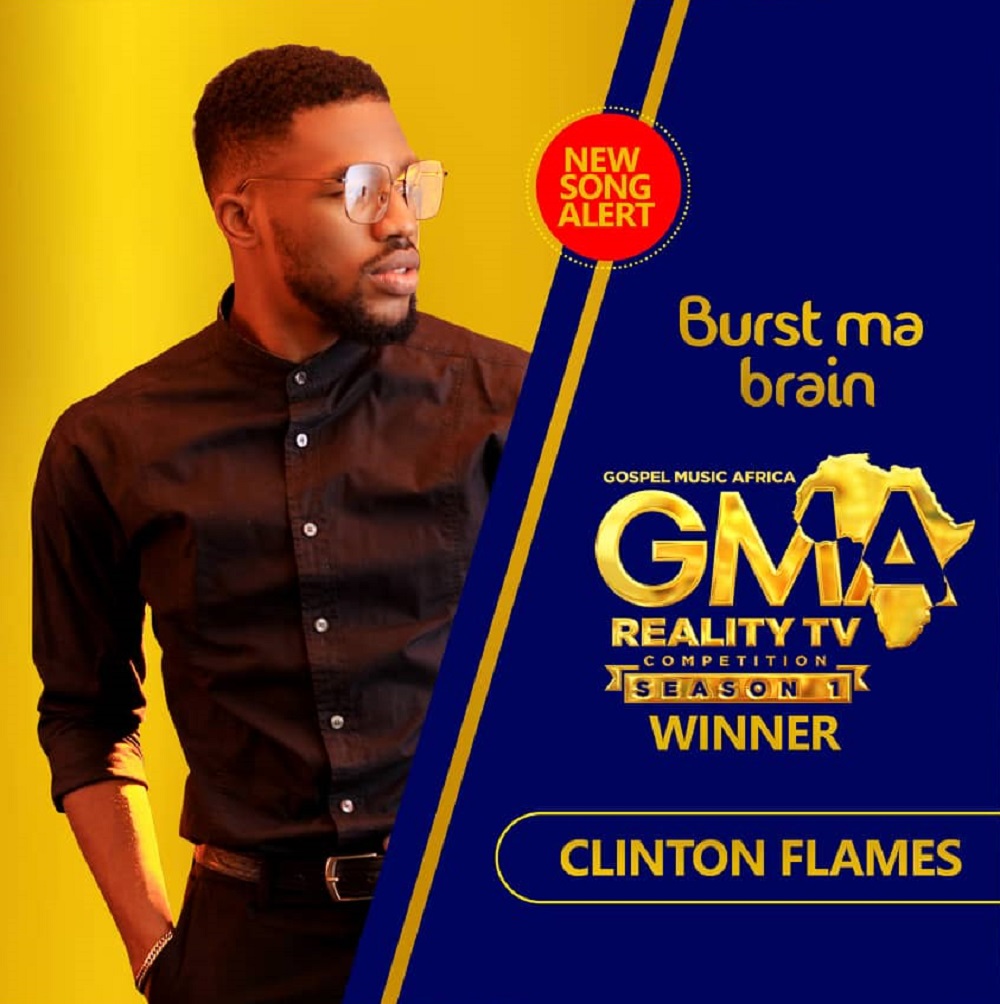 Winner of the recently concluded GMA Reality TV Competition Season 1, Levite Clinton Okpara also known as Clinton Flames is set to release his new single titled “Burst Ma Brain”.  Levite Clinton who participated in the maiden edition of the Gospel Music Reality Show which featured 20 Contestants from different countries across the continent of Africa coming together in one house for 8 weeks to battle; is a Nigerian from Abia state. A Singer, Songwriter, and producer.

Levite Clinton’s aim in life is to touch the hearts, minds, spirits and souls of people around the world affecting them positively through different shades of inspiration from God Almighty through his music.

He is officially signed to GMA Records, the record label of the Gospel Music Africa Global brand.

According to the Chief Executive Director of GMA Global and the Project Director of GMA Reality TV Competition, Mr. Matthew Obono GMA presents a unique contemporary innovation that seeks to discourage the rising migration of young Gospel singers from Gospel to Secular music, while promoting a lifestyle of worship, love, hope, as well as touching lives and lifting God’s name. GMA provides a platform for young gospel artistes all over the world to serve as role models for the aspiring generations.

Mr. Obono also disclosed that the new single “Burst Ma Brain” by Clinton Flames will be released on all digital platforms as from Friday the 21st of February 2020. He also said that the GMA Music Concert tour is set to commence from March. The train which will feature Chris Heavens, Clinton Flames, Heavenly Dawap, and the 2nd Runner up of the GMA Reality TV Competition season 1, Treasure Crown, will move from Calabar, Cross River state to Addis Ababa Ethiopia, Tanzania, Ghana, Rwanda and a couple of other African Countries before moving to Europe and America.

He added that registration for the second season of GMA Reality TV Competition – The Global Experience, is ongoing at www.gmarealitytvc.com and that this time contestants from all over the world will be participating and the grand prize is $20,000 cash, with a $50,000 Record deal.