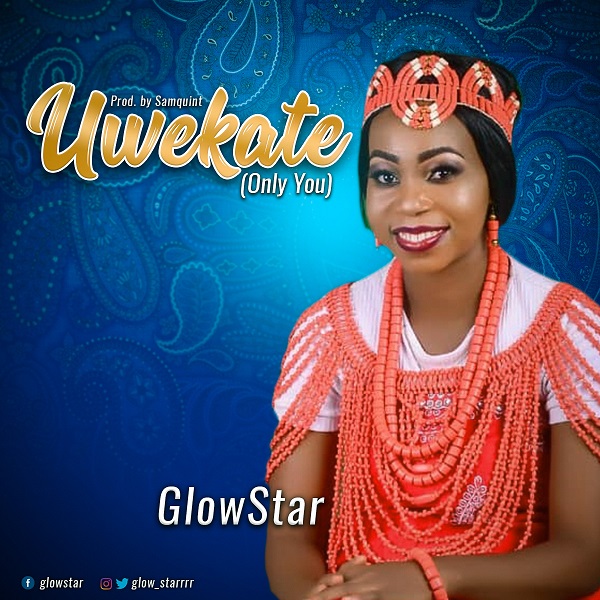 Music minister and Gospel recording artiste, GlowStar ushers in the New Year and celebrates her birthday today with the release of her latest single titled “Uwekate“, an Igala word which means Only You.

In her words: “Uwekate (Only You) is a song of thanksgiving. Thinking of the goodness and mercies of God upon my life, He’s the only one who deserves my praise because He has done so much for me when men failed and disappointed me.

“I wrote this song in gratitude and appreciation in praise to God my Father. The anchor scripture is taken from Psalms 86:9-10.”

The song was produced by Samquint.

Watch the video below:

For all the things you’ve done for me
I wanna say thank you
You’ve been so faithful to me
For everything I am today, it’s by your grace God
You’ve always lighten my path

Born on 1st January into a family of seven from Kogi state, Gloria Jude Idoko popularly known as GlowStar is a Nigerian Gospel music artist whose worship life and ministry has been a great blessing to many.

GlowStar is a graduate of Biological Sciences from Federal University of Technology Minna, Niger State. She was introduced to the music ministry at the tender age of eight. She is best described as a seeker of God and worshiper.

She has served in several choirs and groups and is presently a lead vocalist at the Household of Love Church, Lagos. For Glow-Star music isn’t just a profession or a hobby, music is her life!

Her influences early in her music career were Whitney Houston, Kim Burrell, Sinach, Mary Mary etc. She took her music to another level with her debut album ‘Your Holy Name’ which dropped 28th October, 2012. And released singles like “Be lifted “, “Na You be God”, “Atta Mi”, “We Are One”, “Be Thou Exalted” and also her new single titled “Hail Your Name.”

She is already bringing great dynamism into the music industry and with her life changing music; she has also performed in concerts and singing engagements within Nigeria.