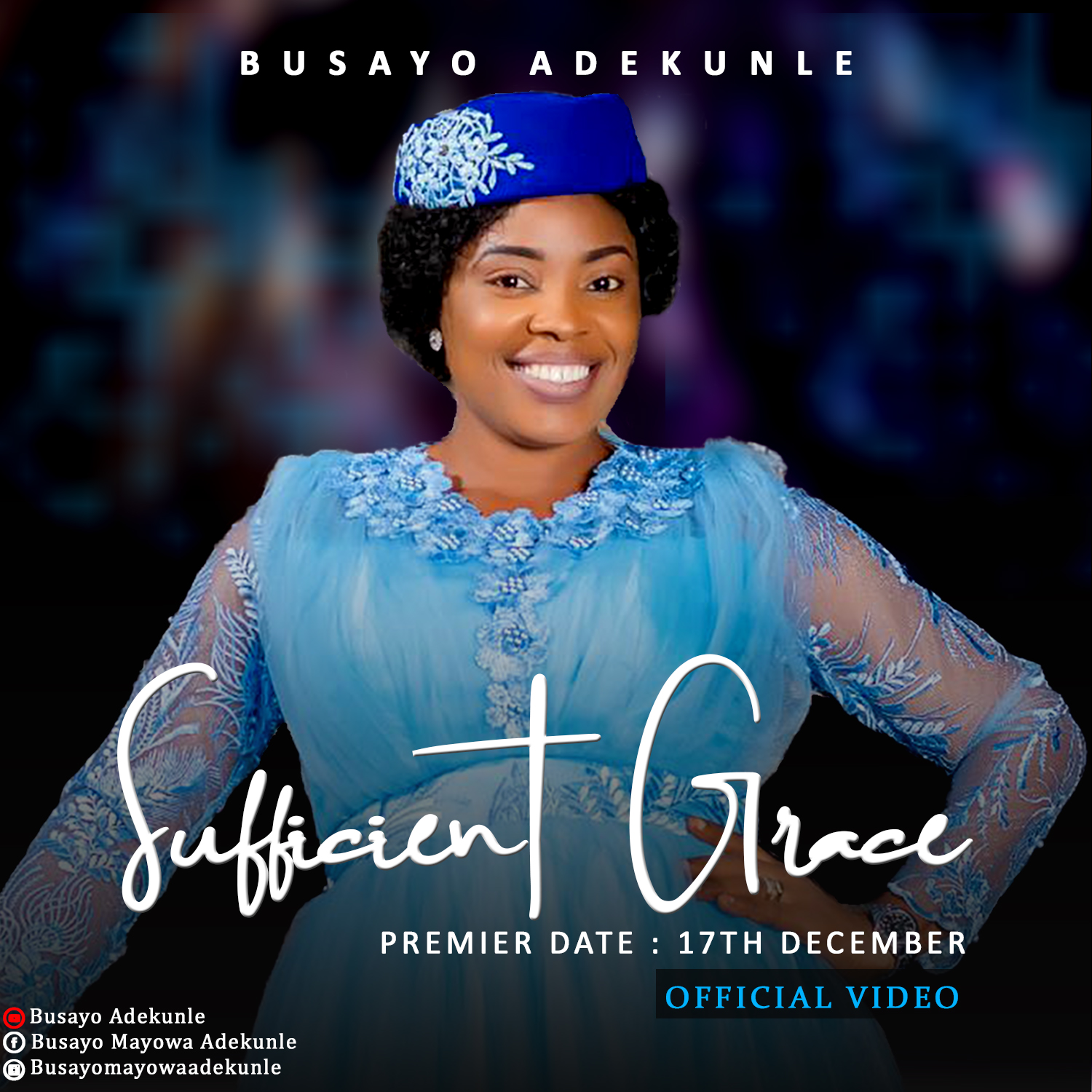 After the released of her last single Sufficient Grace, the Osogbo based and Accountant Busayo Adekunle is premiering the Official Video of the single title SUFFICIENT GRACE video.

“Sufficient Grace is a Song inspired by God taken from 2 Corinthians 12:9.

This Grace is a shield that covers us with a lot of benefits that brought us salvation, mercy, favour, and blessing. Grace is the most important concept in the Bible, Christianity, and the world. It is most clearly expressed in the promises of God revealed in Scripture and embodied in Jesus Christ. Grace is the love of God shown to the unlovely; the peace of God given to the restless; the unmerited favor of God. However, Our Existence is by His Grace that is why we need to give thanks to God the Owner of Grace.” Busayo Adekunle

Watch video below:
Related Topics:
Up Next