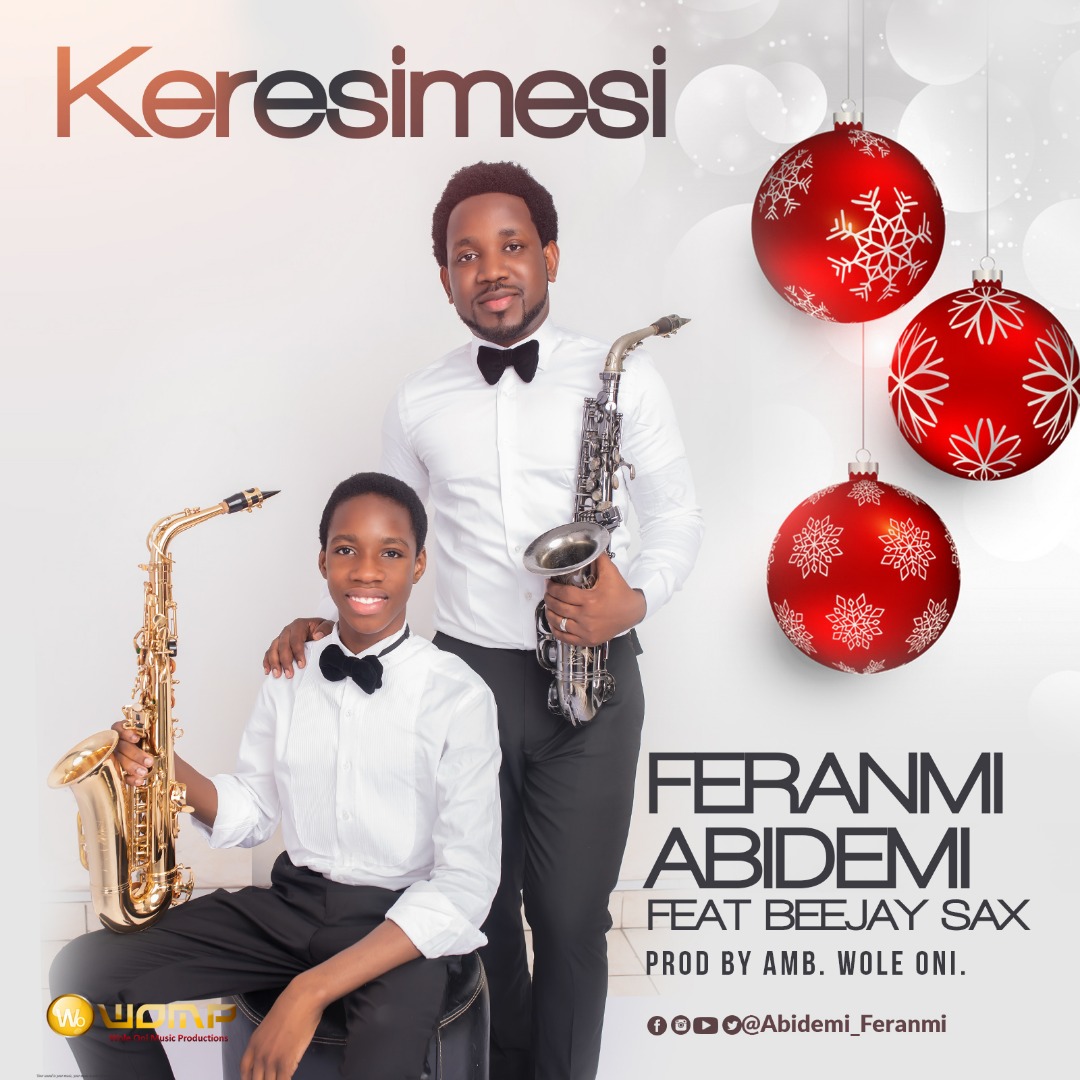 Feranmi Abidemi glides into the terrain of the fearless as he releases his debut Single, KERESIMESI featuring Beejay Sax and produced by Wole Oni.

The twelve year old chose a very apt moment, the season of love, the season of Christmas, to dazzle the world with the youthful verdure in his rendition.

It is easy to assume that a child artiste would avoid a song that had existed years before he was born, but Feranmi “took the Saxophone bull by the horn”, and brought a new school, smooth jazz approach that leaves both the young and the old craving for more of it over and over again.

In his words “this is just the beginning of a new beginning for my audience and I”.

The song was produced by the amazing and exceptional producer, who is also a Yamaha Ambassador to Africa, Wole Oni.

You will love every bit of it. Please, download, listen to it, love it and share it.

Feranmi Abidemi is a twelve-year-old Saxophonist. His passion for playing the saxophone started at age five. From that moment, he has been consistent in his attempt to get better at what he does.

In spite of his age, he has been part of his School Band and he plays in his Church services and functions.

As it is said, “few drops of water make a mighty ocean”. The summation of his efforts over the years come to bare as he takes a giant stride by releasing a magnificent rendition of the popular song, KERESIMESI feat. BeeJay Sax produced by Amb. Wole Oni.