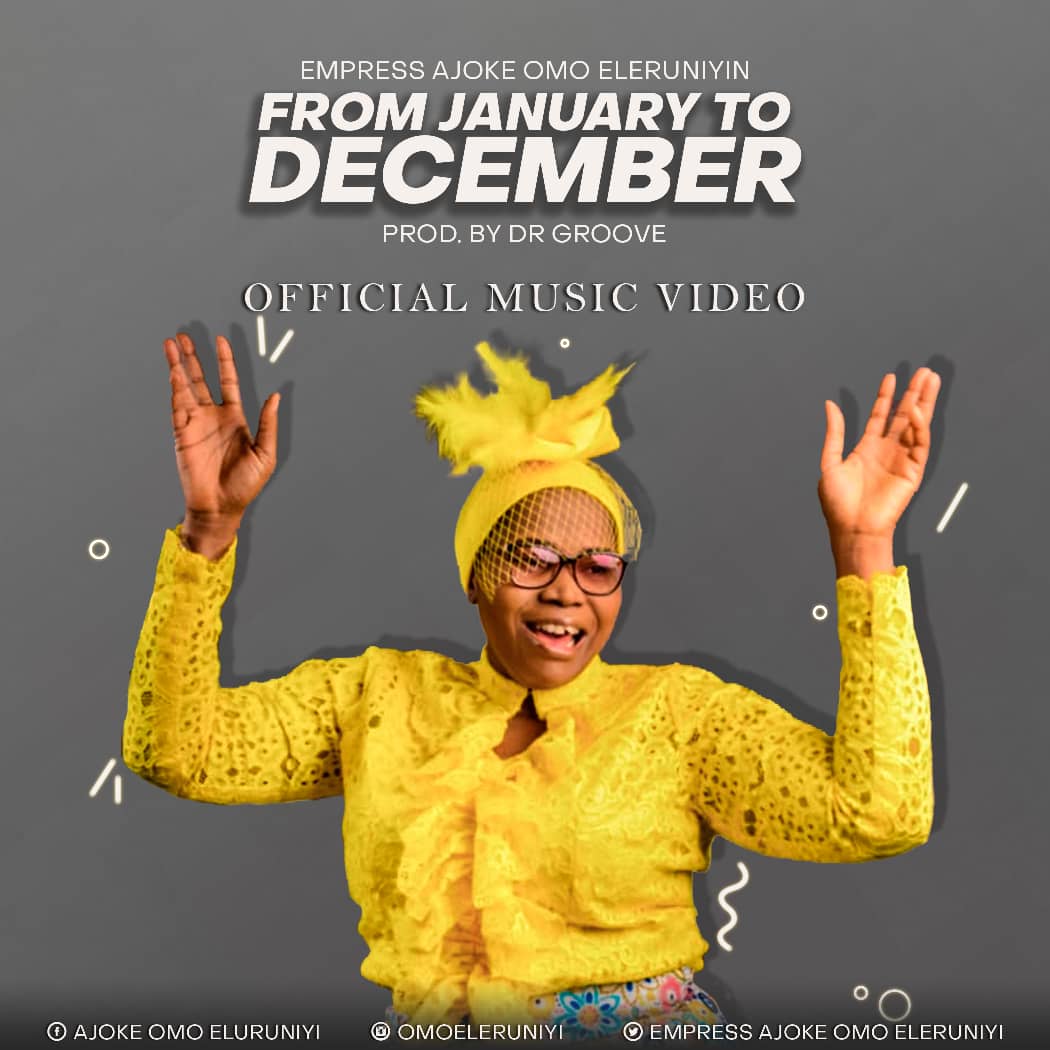 We hear that super heroes don’t get days off, have we ever wondered if God goes on vacation? All year round, at any time of the day, when we call on Him, He’s ever ready to answer and meet us at the point of our needs. That’s the God we serve. January is never too early for Him, February is not too short and December is never too late. Summer or Winter, Harmattan or Rainy season has no effect of His works in our lives, they are part of His work in life. Knowing this, we are certain that From January To December, God has got us!

About Empress Ajoke Omo Eleruniyin
Ajoke Omo Eleruniyin, a nurse by profession and music minister by calling. Ever since she gave her life to Christ, she derived joy in the things of God and ten years ago, God rewarded her with a calling to music ministry. That was how the “Balm of Gilead Ministry” popularly known as the “Eleruniyin Crew” was birthed.
While in School of Nursing, she was the Praise Team Leader and she led the Choir popularly known as The Soul Lifters for two years.
The Osun state born praise and worship leader is happily married to a very supportive husband.