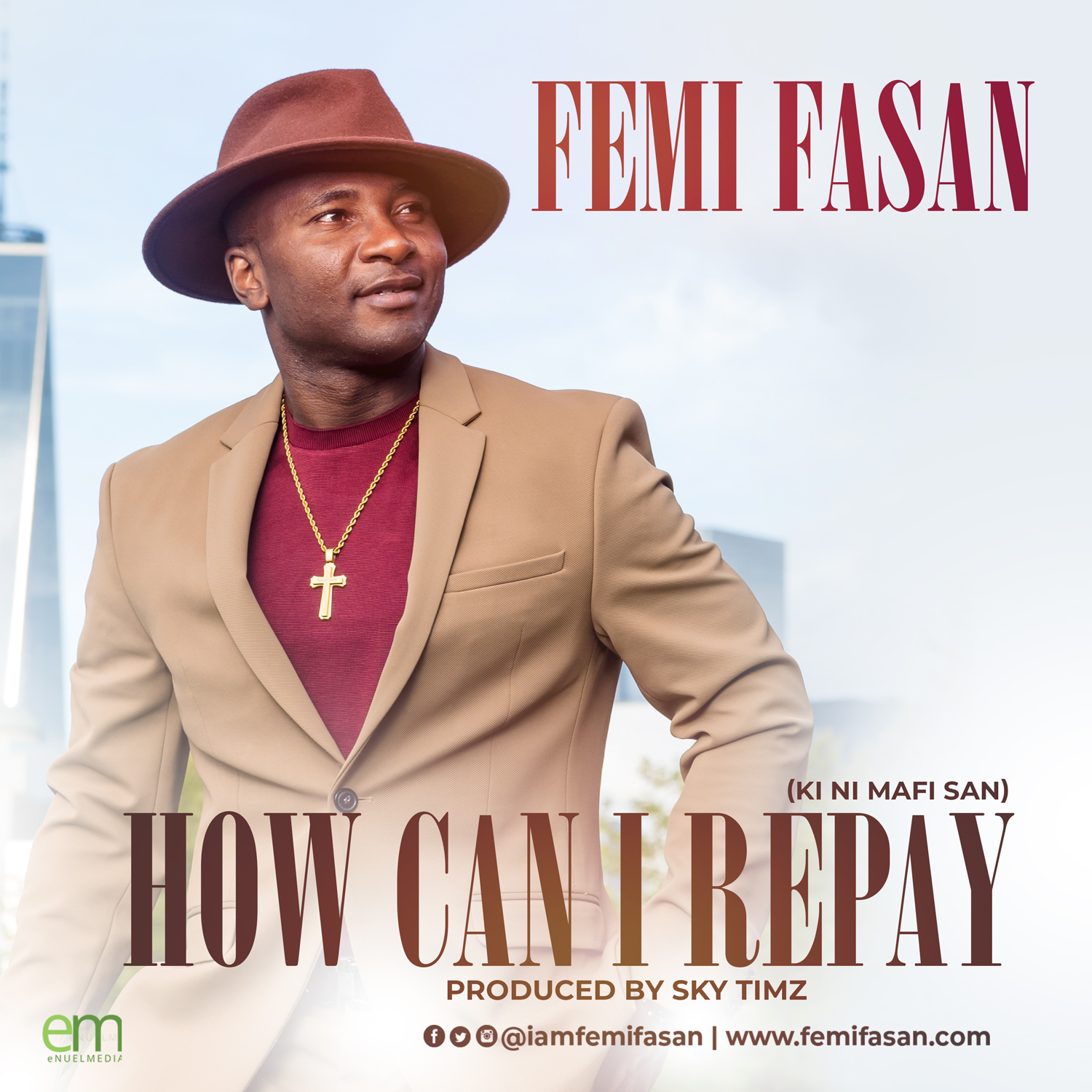 US based Recording Artist, Femi Fasan churns out sweet reggae vibes on his newest single “How Can I Repay,” as he reminisces on God’s Goodness, Love, and Grace. The uplifting new track serves as his sophomore effort this year following the well-received “Soro Mi Dayo“, and also a special release to celebrate his 42nd Birthday today (OCT 6th) – uplifting the name of the Lord for still waxing strong in Him and on Stage.

Delivered with an apt vocal prowess coupled with life-affirming lyrics, Femi Fasan reminds us of God’s faithfulness.  “How Can I Repay” is also an expression of his heartfelt gratitude to God for all the things He has done and He’s yet to do.

Speaking on the “GRACE” of God, Fasan deeply expressed that it is the tangible and undeniable hand of God upon a man’s life which always makes a difference. “No one makes it in life except by the undeniable ‘GRACE’ of God” He Added

“How Can I Repay” produced by Sky Timz, is also expressed in the track as “Ki Ni Mafi San” – translated in the Yoruba Language.

Femi Fasan is a prolific and diverse artist, who did not allow his passion and love for music to deter him from going all out to obtain his Bachelor’s Degree and his Executive Master Degree. On the contrary, he used every phase of his academic career and advancement as a tool to express his passion for Music.

A graduate of the Obafemi Awolowo University (O.A.U) where he was popularly known as “Femilele”, He also successfully organized a huge Musical Concert in O.A.U called Judah Concert which was handed over to him by Pastor Chidozie Mbada, an event which is still talked about till date.

Fasan has also served as a Worship Leader at the House On The Rock Church and Winners Chapel before moving to the United States of America where he joined the RCCG International Center Brooklyn choir in New York. His love for music was influenced greatly by gospel music greats – Marvin Sapp and Fred Hammond and He has ministered alongside Nigerian Gospel artists such as Samsong, Nikki Laoye, Segun Obe,Soji Israel, Gbenga Wise amongst others.