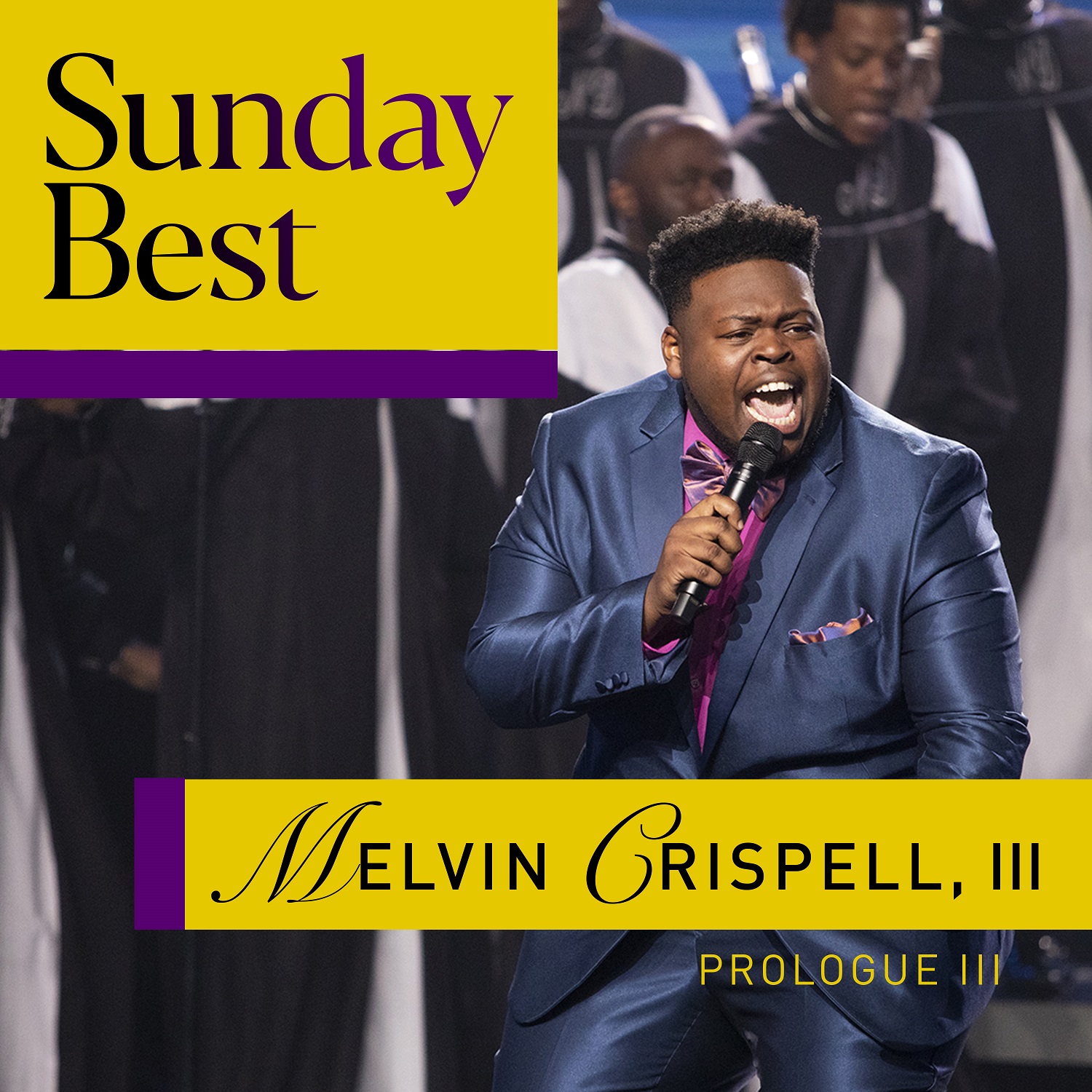 RCA Inspiration launches the first new collection of music from Melvin Crispell, III – who won Season 9 of BET’s “Sunday Best” this year – with the release of the EP album Prologue III. Following his win and receiving a recording contract with RCA Inspiration, Melvin Crispell, III’s Prologue III is now available, featuring the lead single “Not the End of Your Story,” as well as three newly-recorded songs “Without You,” “My Favorite Gift” featuring his fellow “Sunday Best” finalist Joshua Copeland, and “He Can.” “Without You” is also being released to Gospel radio as his latest single.

Crispell first introduced his new journey on stage in the new song “Not the End of Your Story,” which was penned by multi-GRAMMY® nominated hit maker Makeba Riddick-Woods (Rihanna, Beyoncé, Tamar Braxton, Koryn Hawthorne) and six-time GRAMMY® winning dynamo producer/songwriter Aaron Lindsey (Israel Houghton, Marvin Sapp, Kenny Lattimore, Smokie Norful). Lindsey also produced the song, along with co-producer/GRAMMY® winner Myron Butler. The rest of his album also features songwriting from Myron Butler, Zeke Listenbee, and more. Showcasing the dazzling artistry and powerful purpose that made him a standout winning contender during the show, Crispell’s Prologue III kicks off new beginnings continuing in service of God’s path, with more to come from the vocal phenom.

Inspiring fans on the four-track project, proclaiming celebration and hope in God’s awesome power and faith in His guidance through any life challenges and circumstances we face, Crispell is taking his new music live on the road. Catch his upcoming performances including Praise 104.1’s 12th Annual Spirit of Praise Celebration in Washington, DC on October 5th, the State Fair of Texas in Dallas, TX on October 6th, and Shout 94.7’s 11th Annual Shoutfest in Aiken, SC on November 2nd.

At 22 years old, Melvin Crispell, III, has created a relationship with God that has strengthened him through dealing with early heartbreak, after experiencing untimely losses of his father and mother while he was a teenager. Crafting his own path in ministry, the young singer from North Carolina is carrying on the mantle sparked by the musical legacy of his late parents, renowned gospel artists Melvin Crispell, Jr. and Tunesha Crispell, and leading others in experiencing and realizing God’s path and blessings.