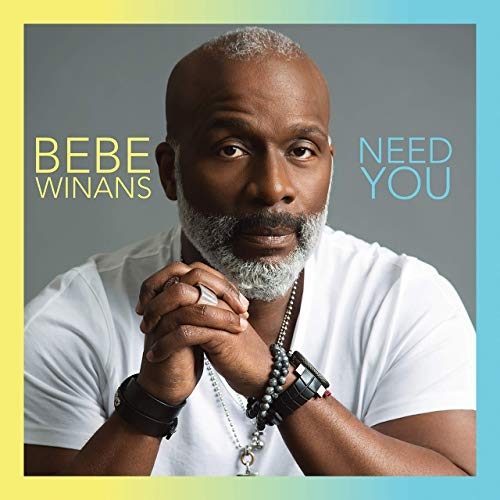 GRAMMY Award winner BeBe Winans has released his first new album of original music in ten years and his 9th solo studio album, Need You, (Malaco). The album features 11 tracks, a glorious mix of Gospel standards, his unique style of Gospel and R&B, some new sounds and a heartfelt cover of Luther Vandross’, “Power of Love/Love Power,” that caused Stevie Wonder to reach out during one of BeBe’s radio interviews to say, “well done!”

Need You, is currently available on all streaming services including Apple Music, Spotify, Tidal, Google Play Music and more.

Winans also offers three incredible collaborations on the project including, “He Promised Me” featuring the beautiful harmonies of Tobi and Tommie, which was also his first #1 single in his solo career, topping the Gospel airplay charts. His baby sister, Debbie Winans Lowe, also makes an appearance on “It’s All Good,” showcasing yet another melodious Winans voice to the world. He also flew all the way to Seoul, South Korea to record with Korean Soul, on “Laughter.”

The members of Korean Soul, who performed for the first time ever as a group on ABC’s “Strahan and Sarah” in June, are signed to a development deal with BeBe’s “Destiny Productions,” and recently were offered a recording contract.  He also enlists the help of  GRAMMY-Award winning artist, songwriter and producer Donald Lawrence on the project.

“For as long as I’ve been singing, I felt there was more behind the words to explore, especially in the time that we’re living in. I’ve always loved songwriting after all these years, and as I was writing my musical ‘Born For This,’ the music just flowed. This album is the culmination of the lessons I’ve learned through the struggles of balancing faith and fame,” said Winans.

Along with Need You, BeBe is also set to release a book that reflects on his life and past experiences called Born For This: My Life In Music. One of the exciting revelations in the book is when former evangelical leader Jim Bakker thought of making them a duo after they became the first black singers on his PTL network as teenager. BeBe also explores the disappoint in experiencing racism within the church community. He also is in talks to bring his musical, ‘Born For This,’ to Broadway.

Benjamin, “BeBe” Winans, the six-time Grammy Award winner, is the seventh child and youngest male of the Detroit based first family of gospel music. BeBe is best known as an inspirational, R&B, and popular vocalist, songwriter who along with his musical partner and sister CeCe Winans are the first true Christian crossover artists to hit the mainstream.

BeBe Winans has won six Grammy Awards, ten Dove Awards, six Stellar Awards, four NAACP Awards (three with CeCe and one with 3WB with brothers Marvin and Carvin) and three Soul Train Music Awards (two of them with sister CeCe).  As a solo artist, BeBe has released seven albums with guest appearances from friends as diverse as Eric Clapton, Stevie Wonder, David Foster and Anita Baker and is known for his jaw dropping performances on some of the most important and star-studded musical specials of the past decades.