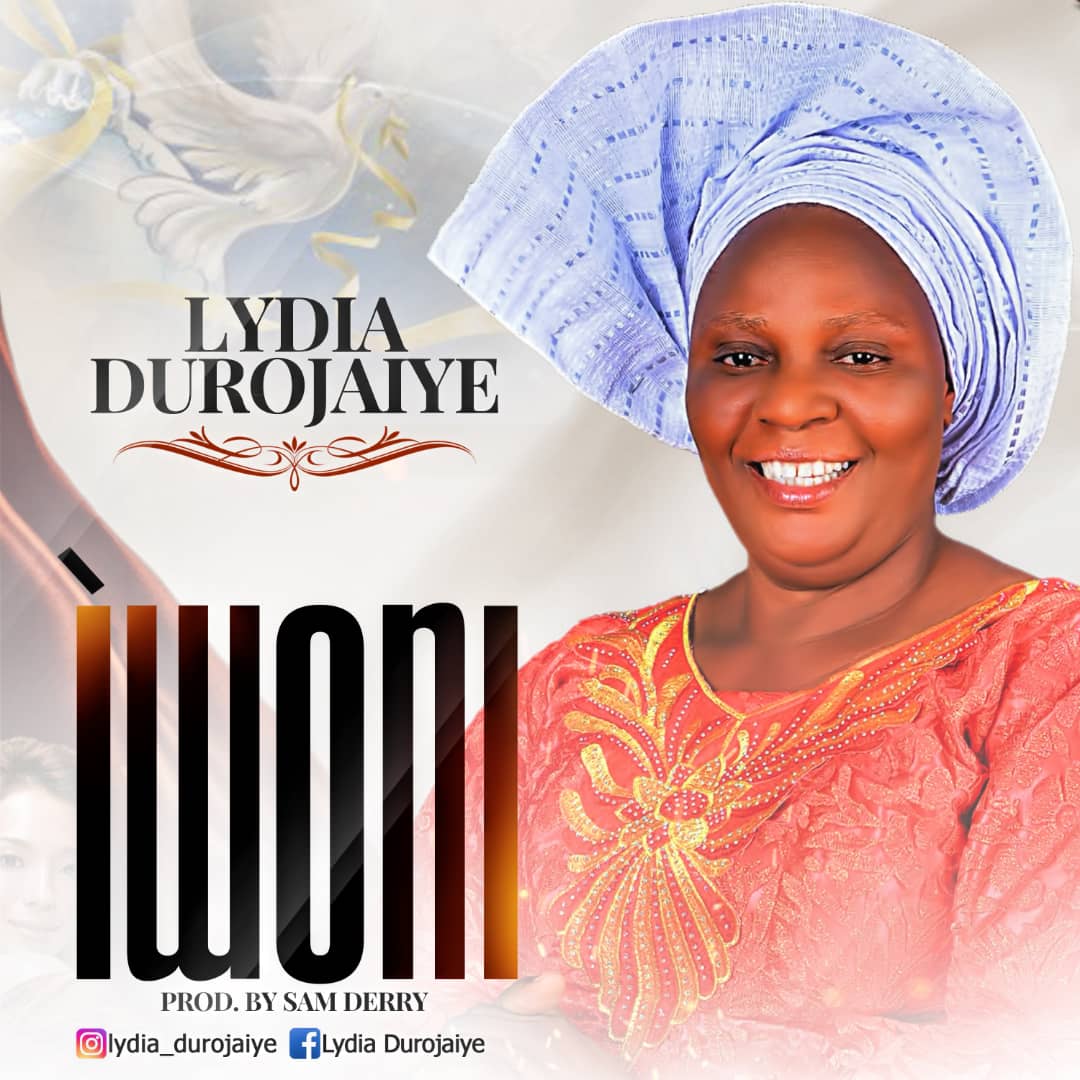 This is a fresh come back into the music scene after Lydia Durojaiye left since 2006. She wrote “IWONI” in 2008 while meditating in prayers.

“Iwoni is a song about Ascribing honor to the almighty father Above all. With this track I resumes music fully. IWONI is a track off my forthcoming project to be released later on this year 2019. On the 18th of August 2019. I would be having a concert featuring Wunmi Lawrence, Elijah Daniel, Tobi praise and more to officially set the ball rolling.

Lydia kehinde Durojaiye is a Psalmist and a revivalist. Shes been writing songs from a very tender age.  As an artist She has been able to secure a strong spot at conventions and revivals including Prophet Obadare’s revival as far back as then. She had to pause music for ministerial activities. She’s the General Overseer Of Amen Revival Ministries. She is a Nigerian from Efon alaye (Ekiti state) she is married with five kids.