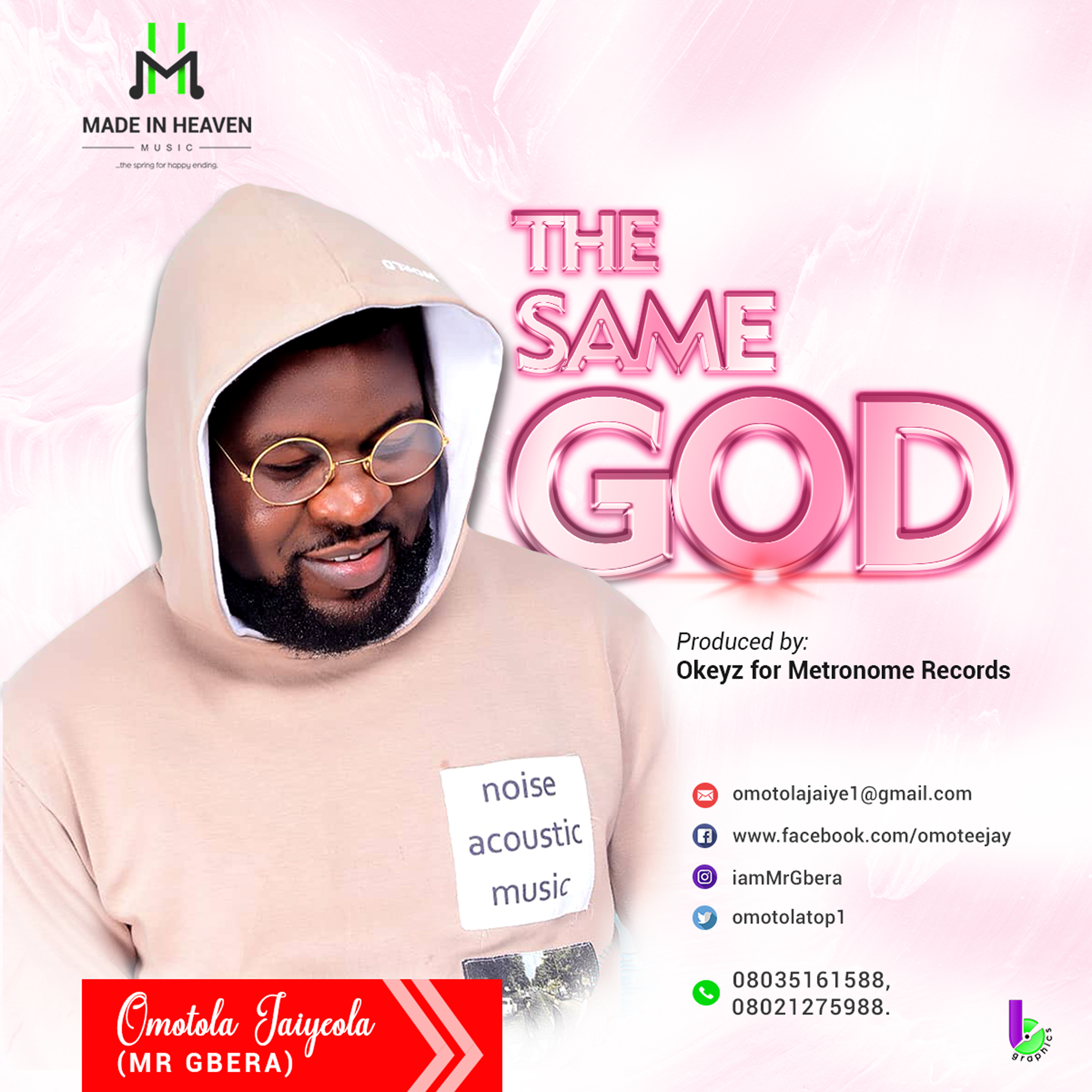 The Ongoing revolution in gospel music in Nigeria has blessed the nation with an incredible prodigy, Omotola Jaiyeola widely known as ‘Mr. Gbera’.

He is considered one of the biggest answered prayer in Afro fusion Gospel music world. His unique style of music coupled with his consistency has birthed a global matured musical force, imbibing the core value of great lyrics and distinctive sound making music his business, career and calling.

‘The Same God’ is his currently released single,  which according to him is a soul-lifting worship song that came for the inspiration of his growing up as a young boy and introduced to God in the Holy Bible.

” I believed and accepted the stories of His awesomeness.……and now! I don’t just believe the narration, I am convinced and confirmed that the SAME GOD is alive. There are evidences everywhere,  I am standing as one today. He listens ,even when you are silent. THE SAME GOD is in town, get connected! “.

The song is produced by Okeys.

Verse 2
You made the earth
Resp: from nothing
You parts the sea
Resp: like a movie
Changing story
Resp: To glory
EVERYDAY

At the name of Jesus
Resp: All knee bow
Praising you
Resp: Brings wonder
I give you nothing
Resp: You gave me all, Daddy daada

I gat a mighty father,
The miracle worker
God is my commander
I am flying higher ……………(2×)