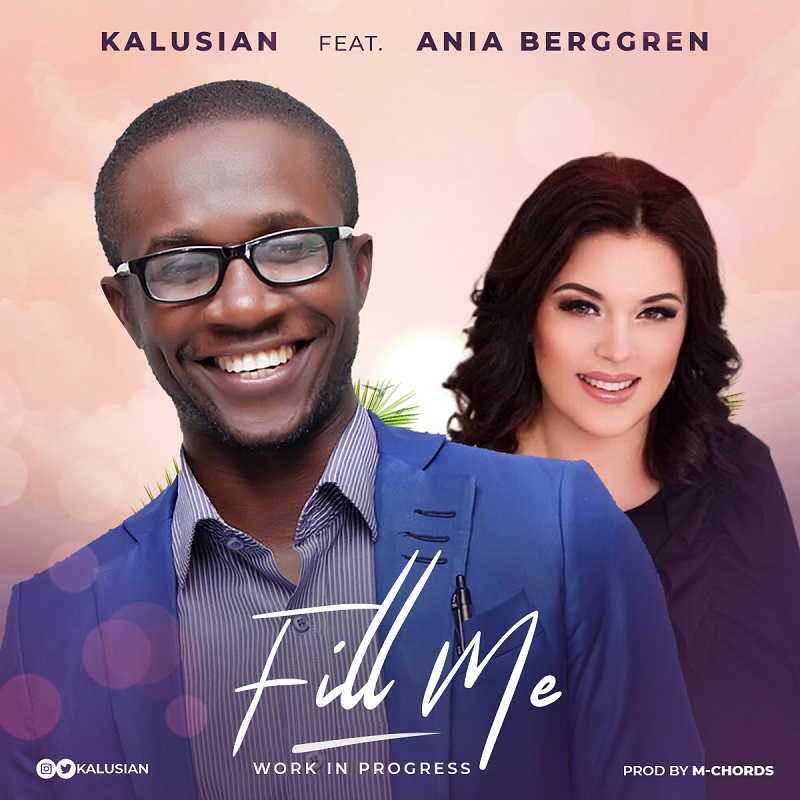 Gambia-based Music minister and Vocal coach, Kalusian has released his newest single “FILL ME,” featuring Ania Berggren, one of Sweden’s profound worship leaders.
Produced by M-Chord, “Fill Me” is an heart-cry for a fresh outpouring of God’s power and Holy fire. It’s a song of prayer borne out of a deep hunger and thirst for God.
Speaking about the masterpiece, Kalusian said “It’s more than just a song, it’s a Psalm, a Prayer that takes you into deep communion with the Holy Ghost praying”
“Fill me Up, Fill this vessel, With Your Fire Holy Fire” He Sings
Currently based in Gambian, Kalusian is a Nigerian-born recording artiste, singer-songwriter and Radio Host who has Led worship concerts across West Africa Nations. The heartfelt new release “Fill Me” is off his forthcoming new album releasing this year.
Kalusian has also hinted at a New Music video and West Africa Music tour due second half of 2019.

Worthy Is The Lamb ~ Ify Chris

Be Of Good Cheer ~ Progress Vincent