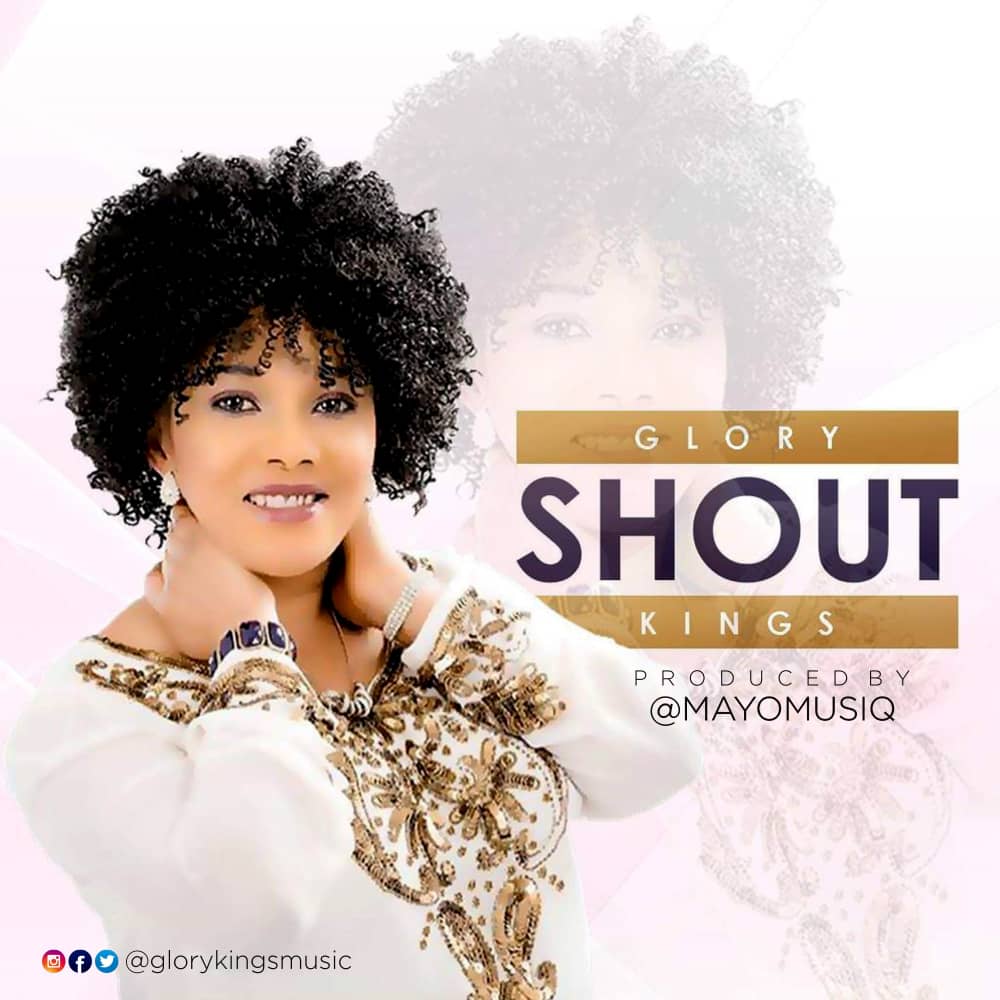 The song “SHOUT” is a single from Glory Kings‘ recently released Album “IN HIS PRESENCE.” It’s a song of praise to God Almighty for all He has done for us.
Produced by the uber-talented Mayo Muziq, the song’s inspiration was received in 2016 during one of the Sunday services in her local church. Part of the lyrics is from the book of Psalm 47:1,5&6.
Download, listen and shout unto God with the voice of triumph!
DOWNLOAD
LYRICS
SHOUT BY GLORY KINGS
Oh oh oh oh (2x)
Chorus:
Clap your hands
All ye people
Shout unto God
With the voice of triumph(2x)
Chorus:
God has gone up with a shout The Lord with a sound of trumpet
Sing praises to God Most High Sing praises sing praises
To our King
Vamp:
Shout Hallelujah He’s worthy to be praised Clap unto the Lord He reigneth on high (2x)
Repeat chorus and verse.
ABOUT GLORY KINGS
Glory Kings is an award-winning UK-based Gospel recording artiste, worship leader and songwriter. Born in Owerri, she hails from Umukabia Amaigbo, Imo State, Nigeria. Glory is a music lover. She started singing at a very young age in then Celebration Chapel Choir.
A Nurse by profession, she started a Fellowship (now a full–fledged Church) in Federal NeuroPsychiatric Hospital, Sokoto where she worked as a Mental Health Nurse. Glory was the Music Director who organised music concerts, she was also in a band where they organised concerts, a renowned one was their Ministration in Birnin Kebbi Polytechnic where they had a powerful concert and inspired many through music and prayer.
Later, she joined Living Faith Church Choir (Winners Chapel), Sokoto state shortly after returning back to School for her Midwifery Course. She also became one of the lead vocalists in her local Church (Holy Ghost Chapel.
Glory has one (1) Spirit-filled album titled “IN HIS PRESENCE” and a beautiful official music video to her credit.
Her songs have received massive Airplays and seen her gain fans in many countries of the world including the United Kingdom, United States and her home country, Nigeria. Her music video garnered thousands of views on YouTube within few weeks of its release.
Recently, Glory Kings has ministered in Churches/events one of them was at the recently concluded Central Association of Nigerians Living in the UK (CANUK) Charity Event with Nigerian High Commissioner to the U.K, Nollywood Stars and other dignitaries in attendance.
Glory Kings in the year 2017, won DBE Award for Best Gospel Newcomer and also Panache Global Entertainment Awards for her Achievement in Gospel Music. In 2018, her music video – “LIFT HIM HIGH” won Dblaze music Award for Best Gospel Video 2018.
She has been interviewed by various Newspapers and featured in Magazines both in Nigeria and in the UK since the start of her Music career in November 2016.
On the 7th of October 2018, she launched her debut Album with a Concert which had a huge turn out of Gospel Artistes from UK and Belgium in attendance. The Album (IN HIS PRESENCE) has 14 anointed songs which are available on major online stores and in CD form. Within a couple of days of its release, a track from the Album was added to Spotify Editorial playlist due to hundreds of streams from many countries of the world particularly in the United States.
Her vision is for God to use her music to touch many lives across the globe. To see men, women, boys and girls of all race, tongue and background worship, get inspired, healed, delivered, receive miracles and salvation through her music. Above all, she earnestly desires for the name of JESUS alone to be lifted, magnified and glorified in worship and praise.
Glory Kings is married and blessed with a wonderful family and they reside in the United Kingdom.
CONNECT WITH GLORY KINGS ON SOCIAL MEDIA
Twitter: @GloryKingsMusic
Facebook: @GloryKingsMusic
Instagram: @GloryKingsMusic For My Good ~ Preye Odede