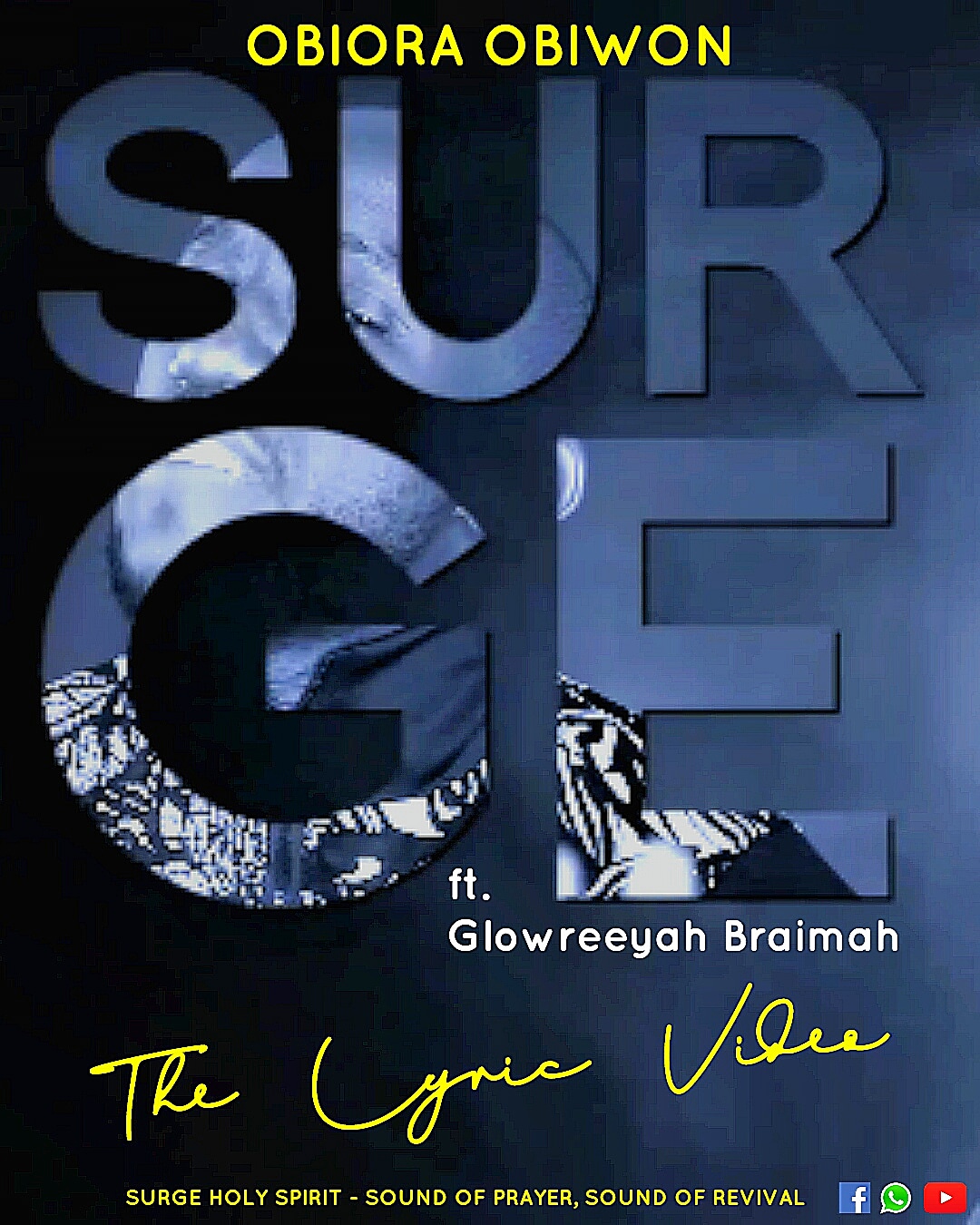 Music Minister Obiora Obiwon‘s invocation of the Spirit of God in an upbeat prayerful song entitled, “Surge”, has been refreshed and released as an combination performance and lyric video.
Featuring gospel nightingale and minister, Glowreeyah Braimah, the video communicates a deeper meaning to the spiritual season of a SURGE of revival, which Obiora Obiwon predicts is already upon the larger body of believers and the entire world.
Already released as an audio single to great reviews, SURGE notches higher with a vibrant visual treatment, further expressing the power message of the song at a time most are engaging in spiritual retreats for an impactful 2019. Furthermore, SURGE becomes expedient at this time as the nation prepares for the General Elections in February and March 2019.
Produced by Rotimi Akinfenwa (aka Rotimi Keys) and directed by Olunyinka Davids, the Surge Lyric Video is available for free download on all blogs and video download platforms.
Watch lyric video below: