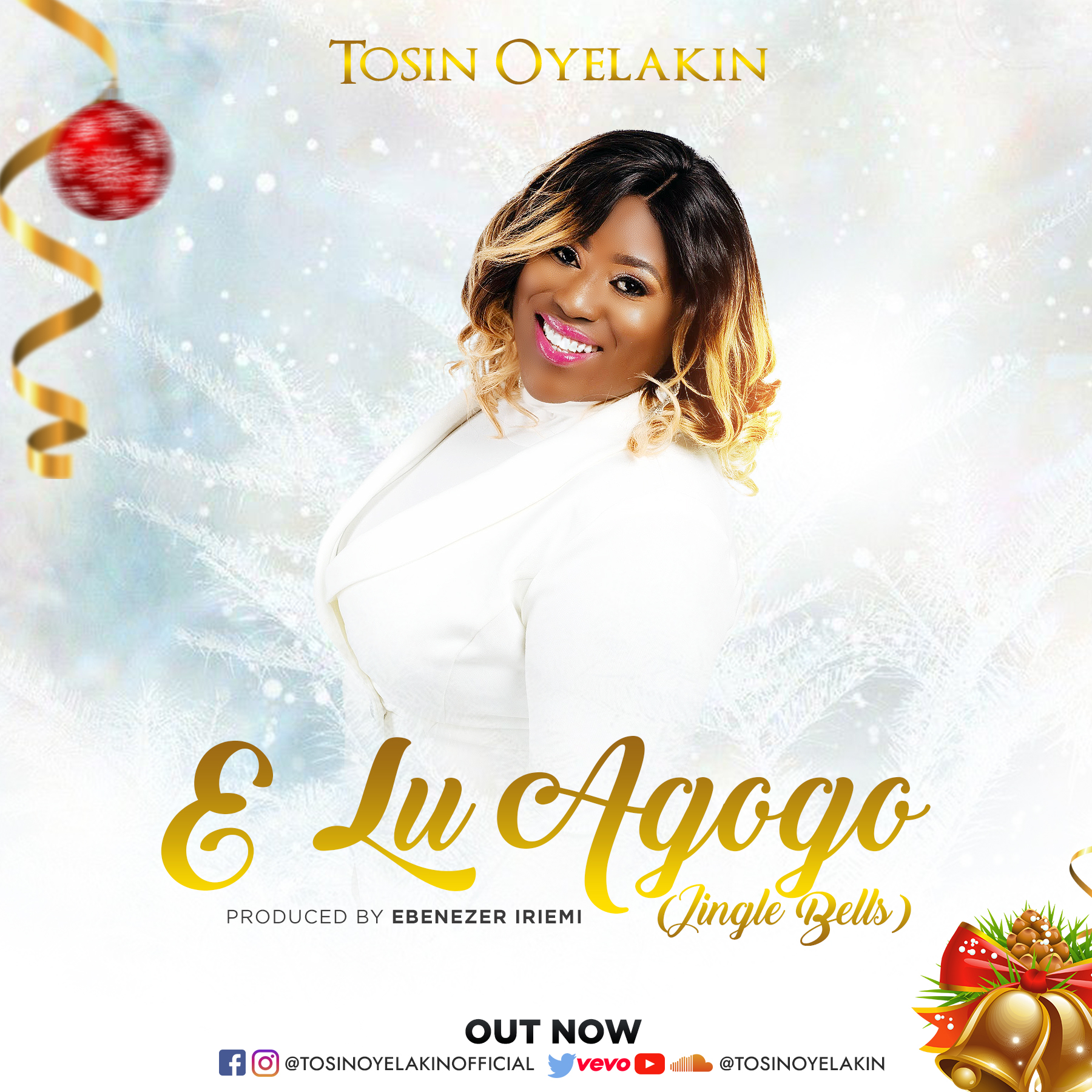 Christmas is that time of the year when we celebrate our King Jesus who was born to release us from the bondage of sin and death. It is also a great opportunity to share the gospel.
Tosin says, “I see everyday that I am given as an opportunity to share the gospel, and no better time than this festive period when people’s spirits are generally high and there’s joy of the season in the atmosphere. I believe their hearts will be more receptive to hearing the gospel in a Christmas song.”
E Lu Agogo (Jingle Bells) is a beautiful, happy indigenous song based mostly on Isaiah 9: 6-7, done in Yoruba and English languages. Written by Tosin Oyelakin and Anuolu Oyedele. Produced by Ebenezer Iriemi.
DOWNLOAD
Watch the lyric video below:
LYRICS
Unto us a child is born
Unto us a Son is given
Hark the herald angels sing
Glory to the newborn King
Chorus:
Osuba re re (Here’s Your praise)
Osuba re re o 2x (Here’s Your praise)
E lu agogo kere (Jingle Bells)
E lu agogo keresimesi de o (Jingle Bells, Christmas is here)
And the government shall be upon His shoulders
Of the increase of His rule there shall be no end
And His name shall be called
Wonderful counsellor
Almighty God
Everlasting Father
The prince of peace
Chorus
What story filled with love
You can tell it with joy
Hark herald angels sing
Glory to the new born King
Jingle bells we rejoice
Oh tidings of comfort and joy
Comfort and joy
Oh tidings of comfort and joy
Chorus.
ABOUT TOSIN OYELAKIN
Tosin is a Nigerian-British Gospel Singer/Songwriter who has been singing in church since about the age seven, first in her church choir in her country of birth Nigeria and today in the UK where she now lives.
In February 2016 Tosin released her debut 3 track EP, ‘You’re Precious’, which is a combination of contemporary RnB sounds and deeply inspirational words that seek to bring, comfort and healing to all those who are in need of it.
Tosin launched, in a live concert on 16th of June, her 15 track album titled “My Offering, My Everything” which was officially released for download on all major digital stores on the 1st July 2018.
The album contains Tosin’s previously released hit singles like Amazing Grace, Thankful the Remix, Love Is, Thankful, as well as some new songs.
Tosin is a physiotherapist by profession and is married to her wonderful husband – Akinsola Oyelakin. Together, they are blessed with 2 beautiful children.
CONNECT WITH TOSIN OYELAKIN
Facebook | Instagram: Tosin Oyelakin Official
Twitter: @TosinOyelakin
Website: www.tosinoyelakin.com You Are Greatly To Be Praise ~ DeApostle Ft. Wale Babz