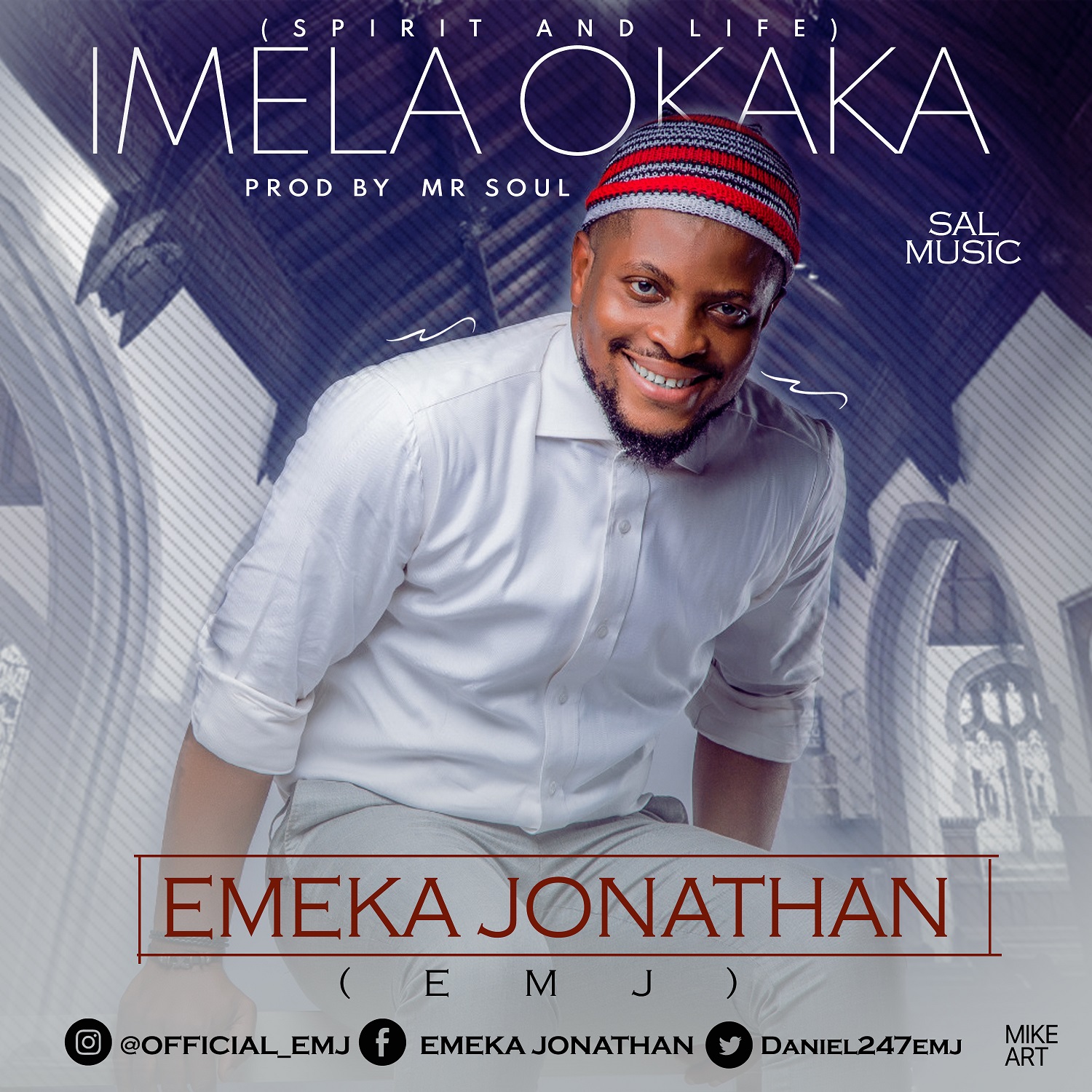 Music minister, songwriter and recording artiste, Emeka Jonathan has released his official debut single titled “Imela Okaka”.
It’s a beautiful song and one you’ll love on the first listen. Highly recommended!
Commenting on the new single, Emeka said: “”Imela Okaka (Thank You, Ageless One)” is a simple song of gratitude to God for how far He has brought me understanding fully well that I wouldn’t have made it this far if not for Him (God).”
DOWNLOAD
LYRICS
IMELA OKAKA BY EMEKA JONATHAN
What would I do to show how much,how much I appreciate your love
You brought me out from the miry clay
set my feet on the rock to stay
king of kings your my everything
holy God I bow to You,I raise my voice to say
Chorus:
Imela – 2x
Imela okaka
Imela Chineke, Imela onyeoma
oh oh oh oh oh oh oh oh
You gave me life,You show me love
when I was down Lord you took away my pain
so I sing this song to you – 2x
Chorus:
Imela – 2x
Imela okaka, imela Chineke
Imela onyema
Dalu oh dalu Okaka
imela chineke
Imela onyeoma
ABOUT EMEKA JONATHAN
Emeka Daniel Jonathan is a professional Back Ground Vocalist(BGV), songwriter and performing artist. He hails from Abia State, Nigeria and is the first son of his parents.
He joined his home choir (Evangel Voices) as a little drummer and a bass player and started singing in 1994 at a branch of TREM his father was pastoring then in Abuja.
Emeka is a gifted music minister and one of the lead singers at The Redeemed Evangelical Mission Headquarters (TREM). He is also an active member of THE EVANGEL VOICES (EVNATION) of the mother church at the headquarters.
He worked with Sammie Okposo as a background singer for 5 years and has been blessed to also work with the likes of Gabriel Eziashi, Modele, Minister Ken etc.
He is honoured to have ministered on the same stage with some gospel greats locally and internationally including: Sammie Okposo, Nathaniel Bassey, Tim Godfrey, Chioma Jesus, ONOS, Chevelle Franklin, Noel Robinson, Benjamin Dube and several others.
Emeka is the convener of the Spirit and Life worship tour that is on going in different TREM branches in Lagos. He is a deep believer in the potency of the Word and worship and his deepest desire at every of his ministration is to draw souls to the kingdom of God through the gift of music.
He is currently working on his first album project which will be due for release in 2019.
He is happily married to a beautiful, godly and supportive woman, Tessy Ngozi Okeze Jonathan.
CONNECT WITH EMEKA JONATHAN ON SOCIAL MEDIA
Instagram: @official_emj
Facebook: Emeka Jonathan
Facebook Fan Page: Emeka Jonathan/EMJ
Twitter: @Daniel247emj