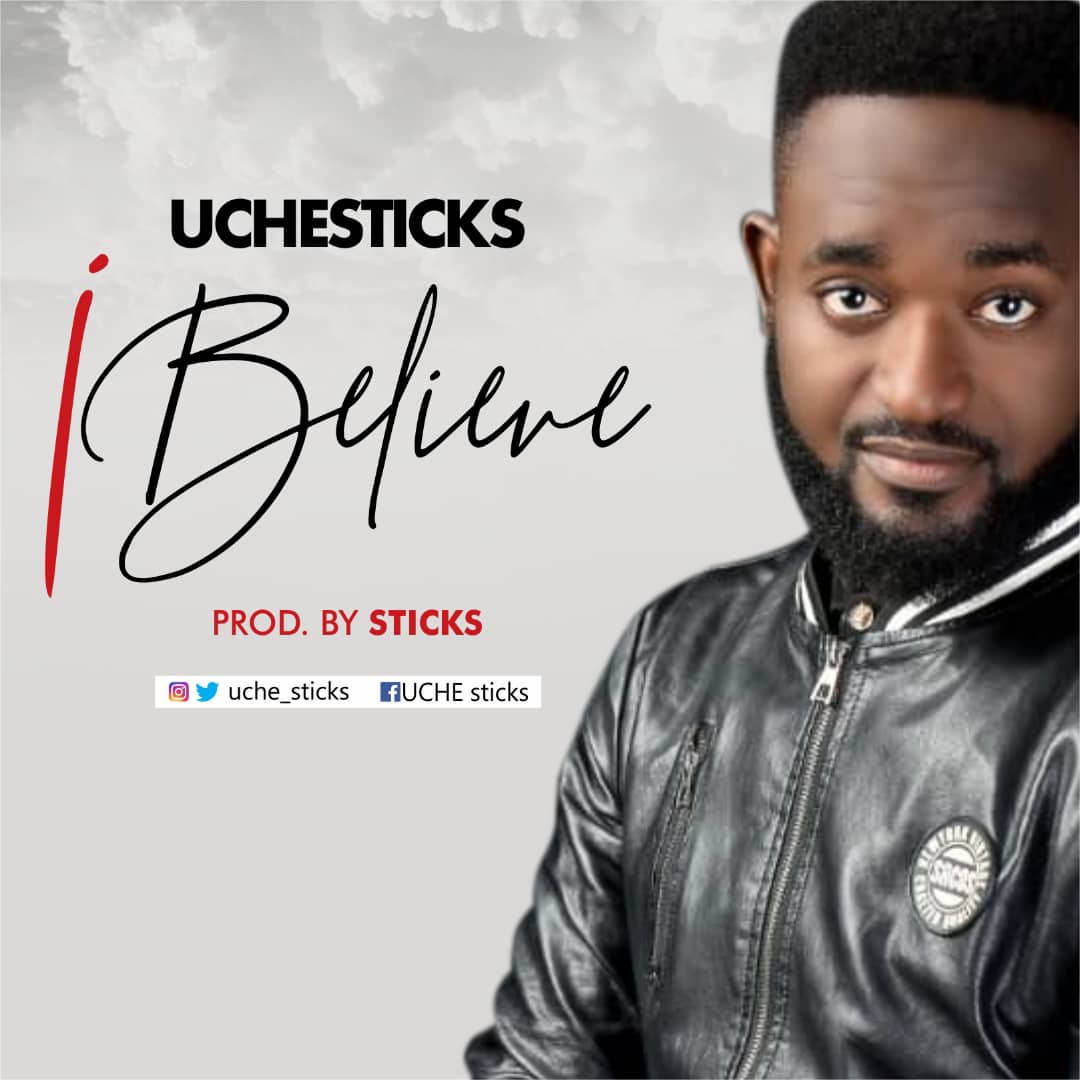 Uchechukwu Henry Omenogu  popularly known as UCHE Sticks is out with a soul lifting song titled, I Believe, in celebration of his Birthday today 28th October 2018. This song has got this funky groove that gets you nodding, tapping and moving your body while reflecting on the lyrics same time. It is produced by Uche sticks himself and it is one of his masterpiece. While sharing his thought on the song Sticks says “As I wrote and produce this song, it keeps blessing me every step of the way because it simply tells my story and walk with God. I am certain this song will blessing everyone who listens to it, not just because I wrote and produced it, much more because it has blessed me and keeps blessing me every time I get to listen to it”.
Download, listen and share.

ABOUT UCHE STICKS:
Uchechukwu  Henry Omenogu  popularly known as UCHE Sticks was born in olokogo in Umuahia, Abia  State on the 28th of  October, is a music an drums guru. He started  music as a kid in Abia State where he was born. In 2007 he moved with his family to Kano and started music professionally. Uche Sticks as he’s popularly known is both an instrumentalist and a music artist with a passion for both. He is into R and B amongst other genre of music as he also enjoys blues and rap music.
So far he has an award as the best drummer in Kano state and has a music studio of his own where he produces his own songs and for others too, he considers this as one of his top accomplishments so far while the lack of finance as  one of  the major challenges in his journey up to this time.
Uche sticks has recently released a single and has an album titled ‘Believe’ and  he advices other upcoming artistes to double their hustle and pray even harder to be able to achieve the future they dream.
CONNECT:
Facebook : Uche Sticks
Twitter/Instagram : uche_sticks
Related Topics:
Up Next

He Answers Me ~ Blessing Oro