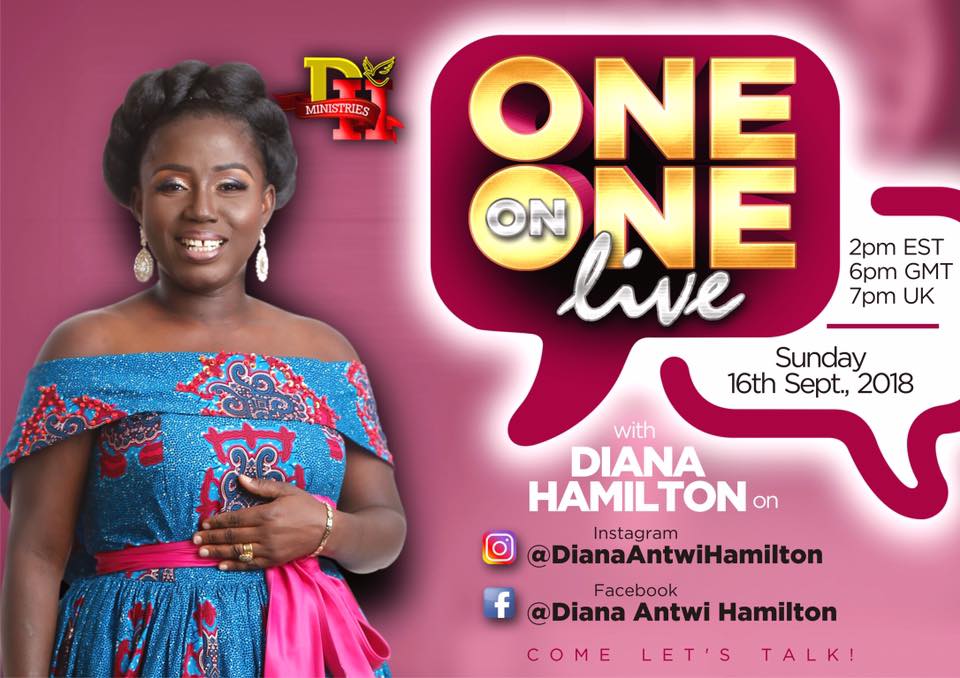 UK based Ghanaian international Gospel songstress Diana Hamilton is feverishly preparing to release her new ‘iBelieve’ album at the 2018 London edition of her now popular ’Experience with Diana Hamilton’ event.
A representative of the artiste’s management team, 1615 media, hinted that they are extremely excited about her latest album which is packed with all new material and believe that her fans will be treated to some of the finest music from her latest and previous work including the now ever so popular ‘Mo Ne Yo’ at the concert/Album Launch. ‘Mo Ne Yo’ was released on the 1st of August 2018 and has been trending extensively on social media with nearly a million views on YouTube.
Diana’s management also revealed that, on the much anticipated ‘iBelieve’ album, Diana has worked with award winning versatile Ghanaian producers Kaywa (David Kyei) and Koda (Kofi Dua Anto) to produce songs that are set to be classics like Diana’s previous hits ‘Work in Progress’ , ‘Yehowa Bewhe’, ‘All About You’ and ‘Ensi Wo Yie’. If worship is your thing then you will not be disappointed by Diana’s ‘Worship Medley’ which was produced by the talented Shadrach Yawson and the already released ‘Fresh Oil’ (co-written with Cwesi Oteng) and ‘ Lord of Hosts’ produced by Ghana’s premier gospel band PL Crew.
If Diana’s performances at recent events (including Adom Praiz) are anything to go by, then all indications are that attendees will not be sitting on their chairs much as the music will keep them on their feet to dance or fall on their knees to worship all night. The very talented Niiella, Charlotte Appiah as well as other surprise artistes will be supporting Diana on the night at the ultra modern City Gates auditorium in Clements Road, Ilford.
Tickets are available to buy at www.dianahamilton.com and from Eventbrite To reserve your tickets or for information call +44 7906 932670
FOLLOW DIANA HAMILTON ON SOCIAL MEDIA FOR UPDATES AND MORE!
Facebook: www.facebook.com/DianaHamiltonMusicMinistries/
Twitter: https://twitter.com/dianaahamilton
Instagram:  www.instagram.com/dianaantwihamilton
MEDIA CONTACTS
Lydia
Contact: www.dianahamilton.com
Phone: +447906 932670 Music: Nosa Inspires The Nation With His Latest Single "We Will Arise" [@NosaAlways]