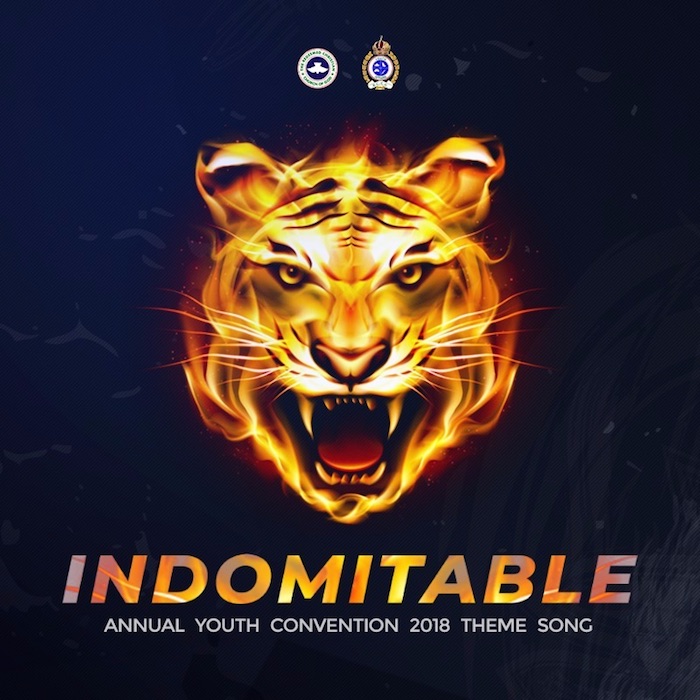 Renowned Saxophonist Bolaji Banjoko, popularly known as BeeJay Sax and Sabrina Ozma, a popular TV Presenter, OAP and anointed minstrel debut in the latest gospel hit track, Indomitable.
The song talks about the identity and position of believers as the chosen people who have been redeemed to rule and reign over darkness as the light of the world, as kings and priests over the whole earth, as well as the unstoppable and unshakable city that is set above and beyond all and hence, indomitable.
Similar to the scenario of a tiger hitherto erroneously confused to be subordinate and inferior in strength and charisma to the lion in the jungle, RCCG Youths are changing the narratives in a world where believers have been made to believe they are inferior and subordinates.
Like the strong, fierce and the indisputable Indomitable King of the jungle, the whole world which belongs to our Father is our jungle and we will in every sphere of human endeavour shine our light to illuminate every darkness that hitherto held sway as the force that controls the affairs of men and we will walk in the reality of our identity and position in the world as Indomitable.
The inspiration behind the song is the word for the season which God would want every believer to know, understand and live by. Starting with what God has been speaking to the believers about “Dominion” from the recently concluded Annual Convention of RCCG, God in His unrelenting quest is set to use the Annual Youth Convention of The Redeemed Christian Church of God (themed, Indomitable) as a platform to reemphasize to the Youth, their position and the reality of who they are, Indomitable.
The song which also has appearances by gospel music stars including Femi Okunuga, Odunayo Aboderin, Michael Akingbala among others was directed and produced by Tolucci and was shot at the Redemption Camp.
Youtube Link: https://www.youtube.com/watch?v=2cJEGOHE1J8