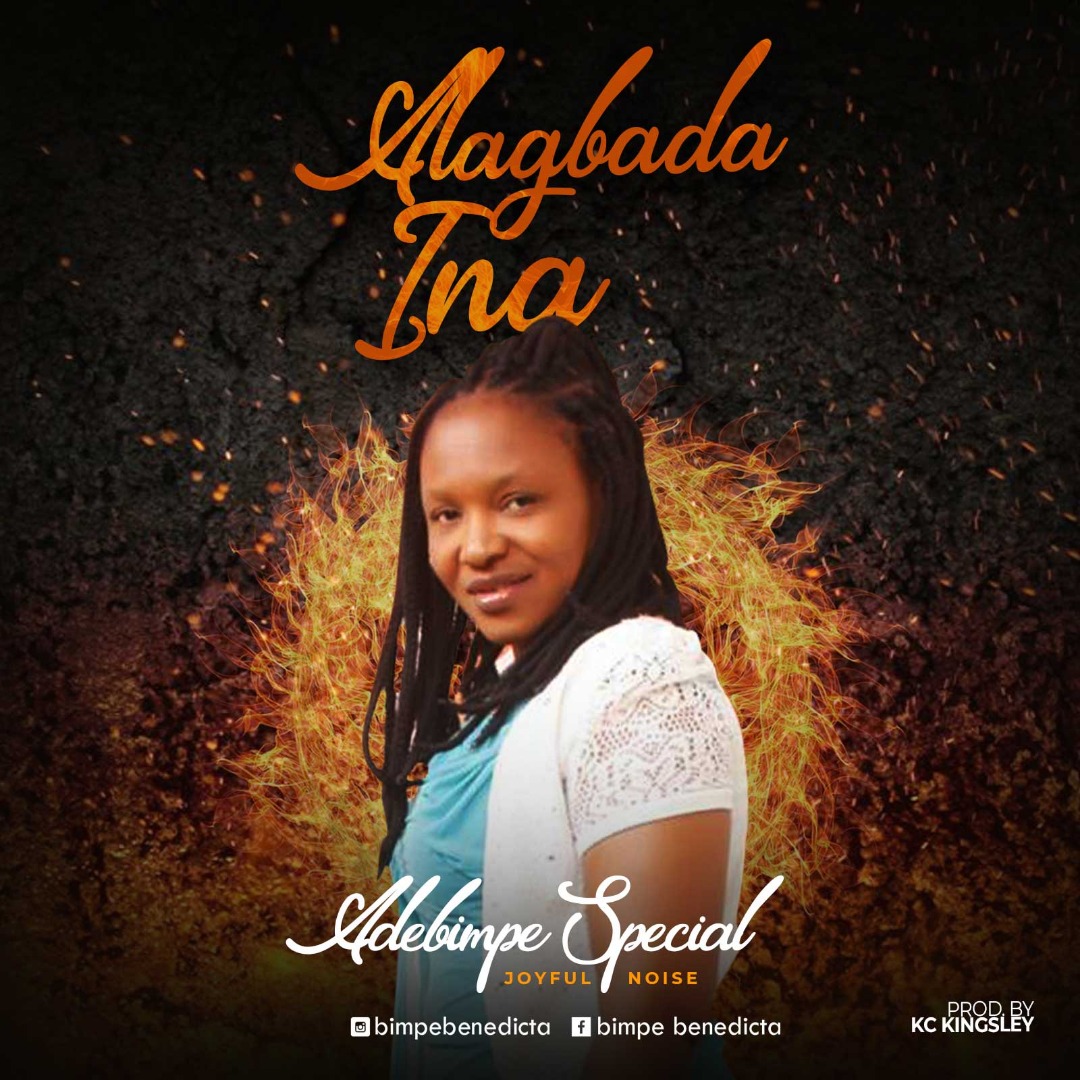 Adebimpe Special, a Nigerian Gospel artiste releases new single titled ‘Alagbada Ina’.
‘Alagbada Ina’ is a Yoruba song subtitled in English as “The Lord clothed with Garment of Fire”. It is a worship song that comes with slow and soulful tempo taking you to another realm of worship style.
According to the lyrics, Alagbada Ina is a powerful song that manifests in reverence the mightiness of God that He surely answers prayers and also delivers by fire.” Mighty God, powerful God, the God of Elijah who answers by fire”.
Download Link: https://cldup.com/j7S_SN5iHA.mp3?download=Adebimpe%20Special%20-%20Alagbada%20Ina.mp3
About Adebimpe Special
Adebimpe Benedicta Ajiloseda also known as Adebimpespecial(Joyful noise)is a Nigerian gospel singer born into the family of Mr. and Mrs. Philip. O Ajiloseda in Ondo city, Ondo state.
She had her primary Education in Adeyemi college of Education primary school and secondary Education in Adeyemi Demonstration Secondary school, Ondo state. Later, she proceeded to Ondo state Polytechnic, Owo to studied Food science and Technology and at the same time Food Technology in The Federal Polytechnic, Ado Ekiti where she obtained her National and Higher National Certificates.
She grew up as a lover of music and has been a member of several Church choir. She was also a backup singer for Moji Adenuga. She has also ministered at many Church programs, gospel functions and concerts.
Adebimpe special released her debut album “Hallelujah you’re worthy Lord “on 2nd of July 2017 and since then she has been ministering and her ministry is expanding to the glory of God.
Related Topics:
Up Next