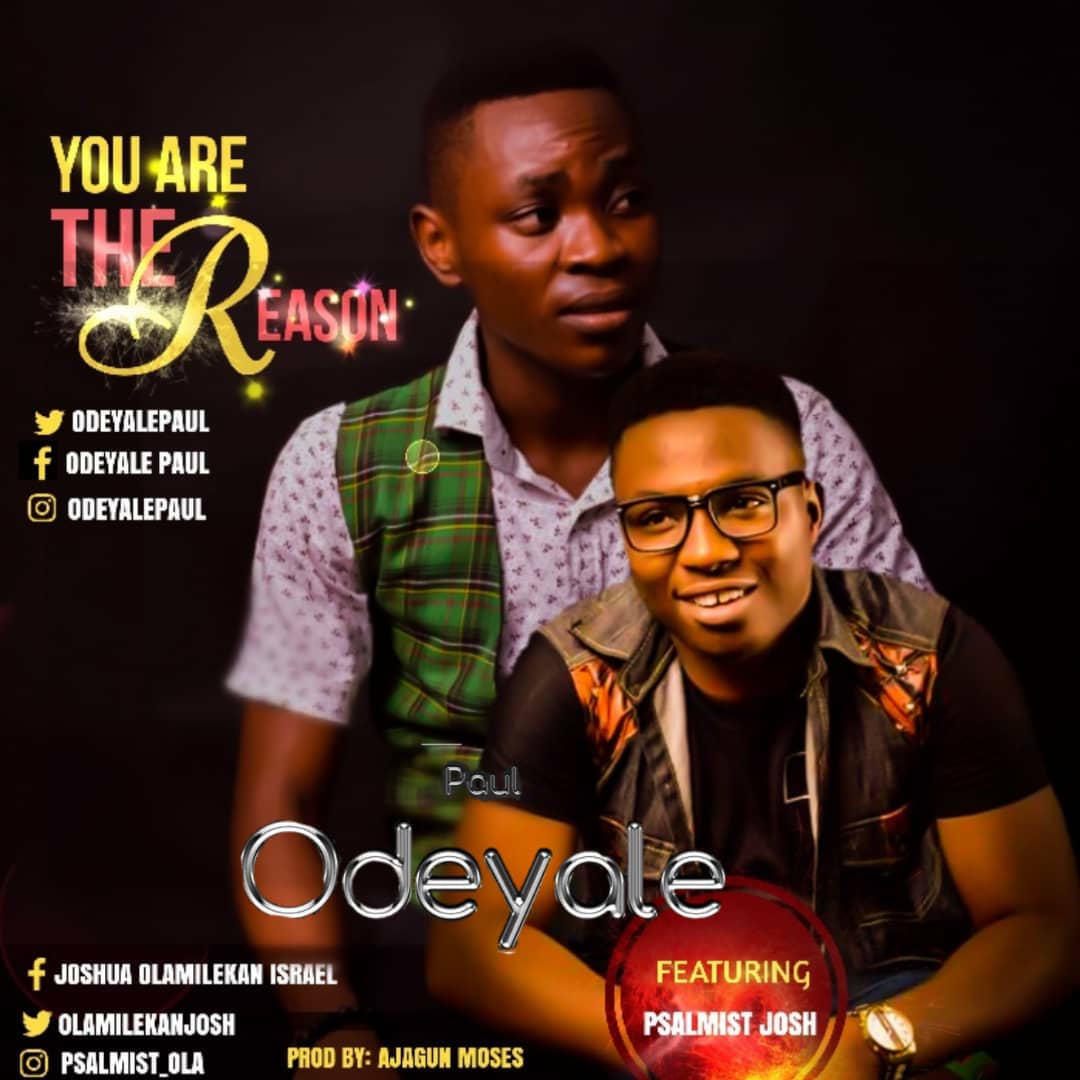 Paul Odeyale is here again to drop another single after the released of his debuts single ‘SAME GOD’ early this 2018.

“You might going through one problem or the other, or life seems to be unfair to you but what I want you to know is that Jesus is the reason why that problem has not taking your life because where there is life, there is hope” Said Odeyale.

“You Are The Reason” is a song of worship to God to say He is the reason why we live, So we all have reasons to worship God.

Get set to worship him because HE is the reason for the season and reason why we live.

Odeyale Ayobisi Paul is a native of Yagba land popularly known as the Okuns in Kogi state. Currently based in Kogi state and he is the 2nd child of his parent out of 4. After his encounter with with God in June 2nd 2018. Paul begins his ministry by hosting his first concert ENCOUNTER WITH THE KING on 19th Nov 2017 which was a hugs success and also released his fist single came out February 2018 titled SAME GOD.