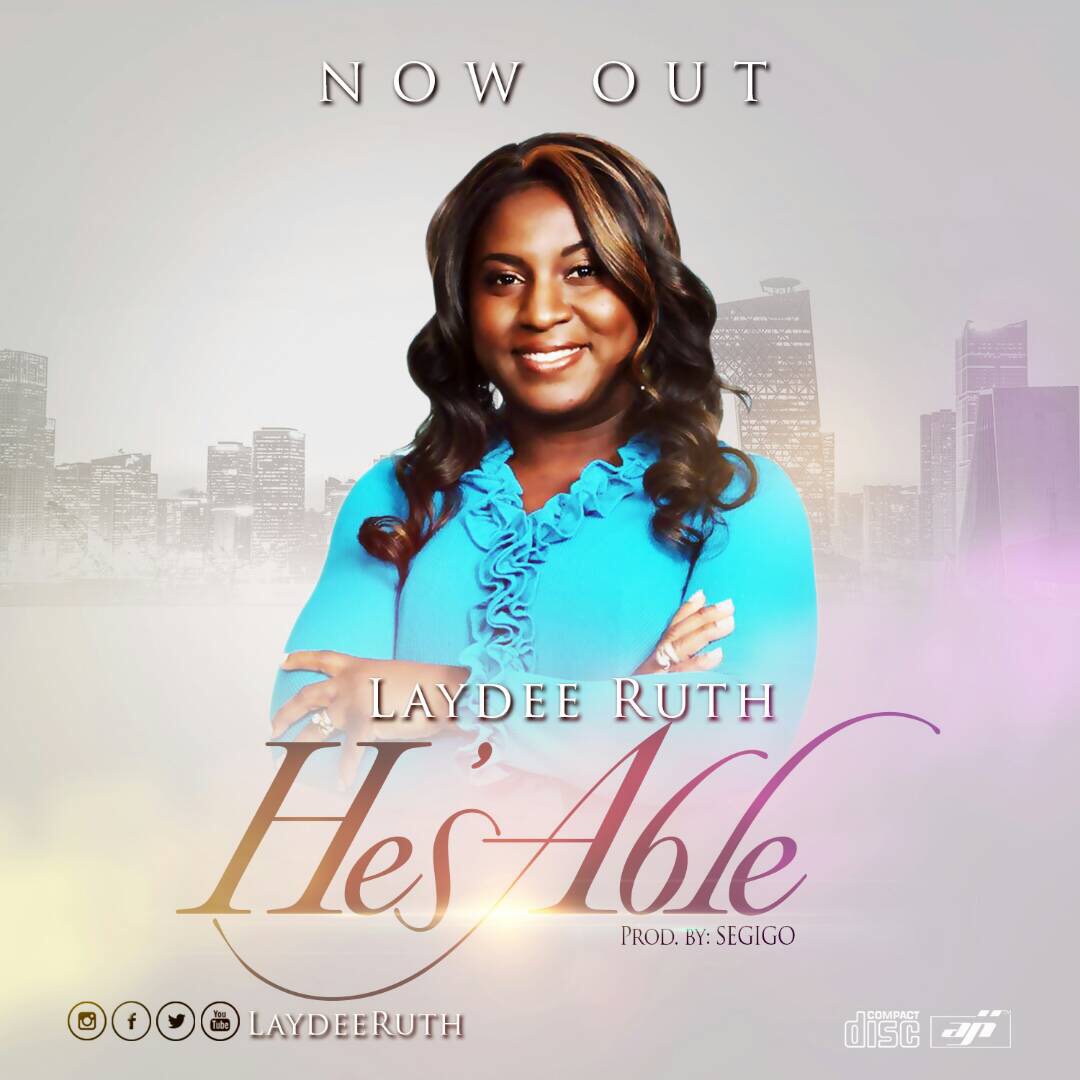 Many times we face countless difficulties in life with hopeless situations, friend’s humiliations, families rejections and the economy frustrations. Men giving empty promises, giving listening ears but without a helping hand.
All you can do is totally depend on God, The One whose Word doesn’t return void. Who careless about the faces of men, their color, races and backgrounds neither does he keep records of wrongs and yet he rules the affairs of Men. This song is a continuous and constant reminder that our God is able to do and undo and it expresses the potency of his power.
LaydeeRuth is a Pastor’s wife, a mom, a songwriter, a choir director, a passionate worshiper, exceptionally graced keyboardist. She’s set again to release this beautiful song titled “He’s Able” Her third single for this year 2018 amongst many previously released singles, such as HOW GREAT IS OUR GOD, SON OF THE LIVING GOD to name but a few.
He’s Able is a song off the forthcoming album, set to be launched before the end of 2018.
Produced by music maestro SEGIGO.
DOWNLOAD
CONNECT WITH LAYDEE RUTH ON SOCIAL MEDIA
Twitter | Facebook | Instagram: @LaydeeRuth