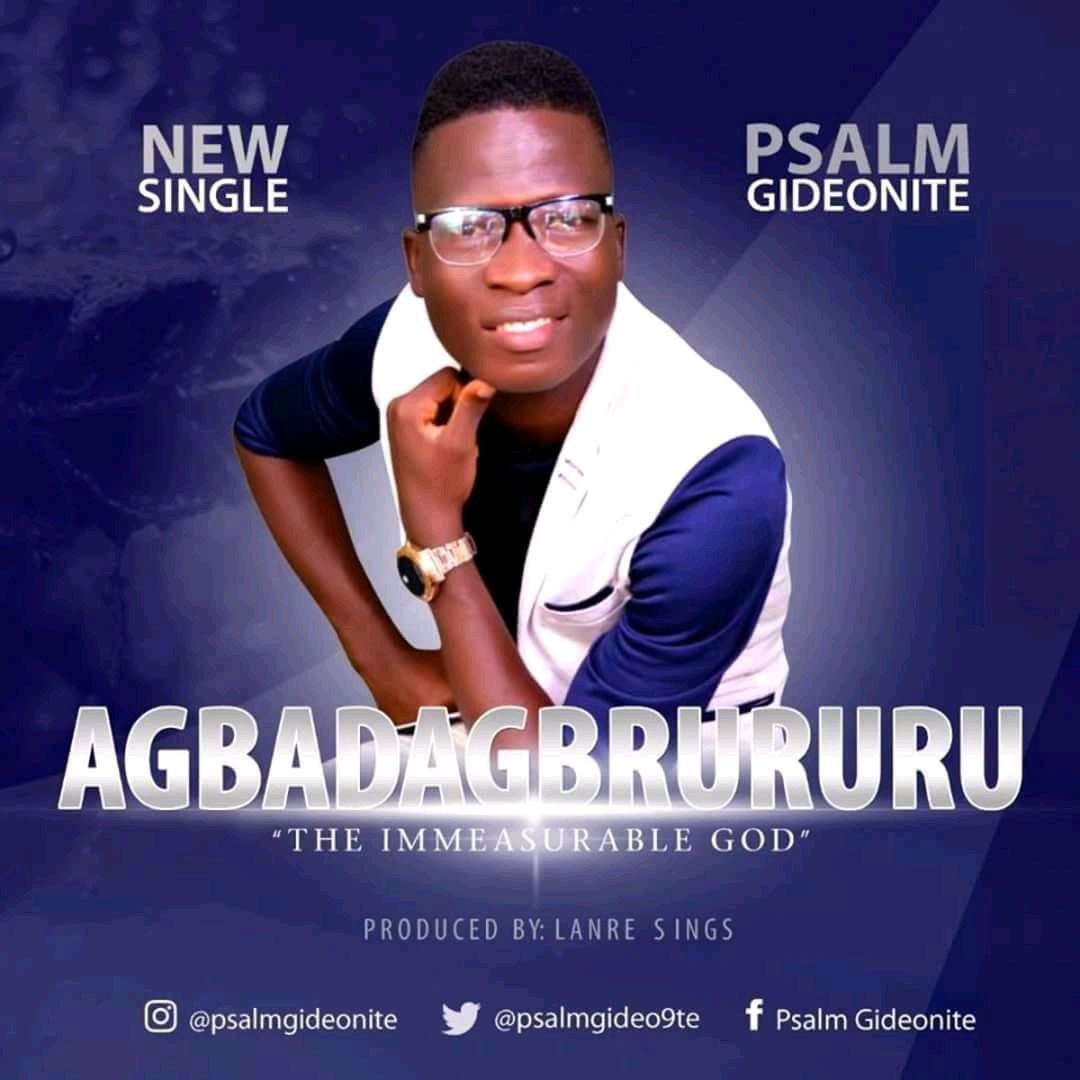 Psalm Gideonite, a talented indie gospel artiste, is out with another smashing gospel hit single titled Agbadagbrururu produced, mixed and mastered by Lanre Sings.
The song Agbadagbrururu titled in Urhobo, a language popularly spoken in south south region of Nigeria, translated in English means “The immeasurable God” perfectly describes Psalm’s gratitude for God’s faithfulness over his life.
The song according to Psalm Gideonite is inspired by the scripture, Mark 4:35 – 41
“And the same day, when the even was come, he saith unto them, Let us pass over unto the other side. And when they had sent away the multitude, they took him even as he was in the ship. And there were also with him other little ships. And there arose a great storm of wind, and the waves beat into the ship, so that it was now full. And he was in the hinder part of the ship, asleep on a pillow: and they awake him, and say unto him, Master, carest thou not that we perish? And he arose, and rebuked the wind, and said unto the sea, Peace, be still. And the wind ceased, and there was a great calm. And he said unto them, Why are ye so fearful? how is it that ye have no faith? And they feared exceedingly, and said one to another, What manner of man is this, that even the wind and the sea obey him?”
Psalm started his music career in 2011. his unique sound talent and obvious anointing has brought him on platforms for ministration in churches worldwide.
His first song “turning around” featured one of the most highly sort after awards winning gospel artiste, Monique of Spaghetti records artiste behind the song (power flow).
Listen, download, and share.
DOWNLOAD

The Name of Jesus ~ Victoria Smart