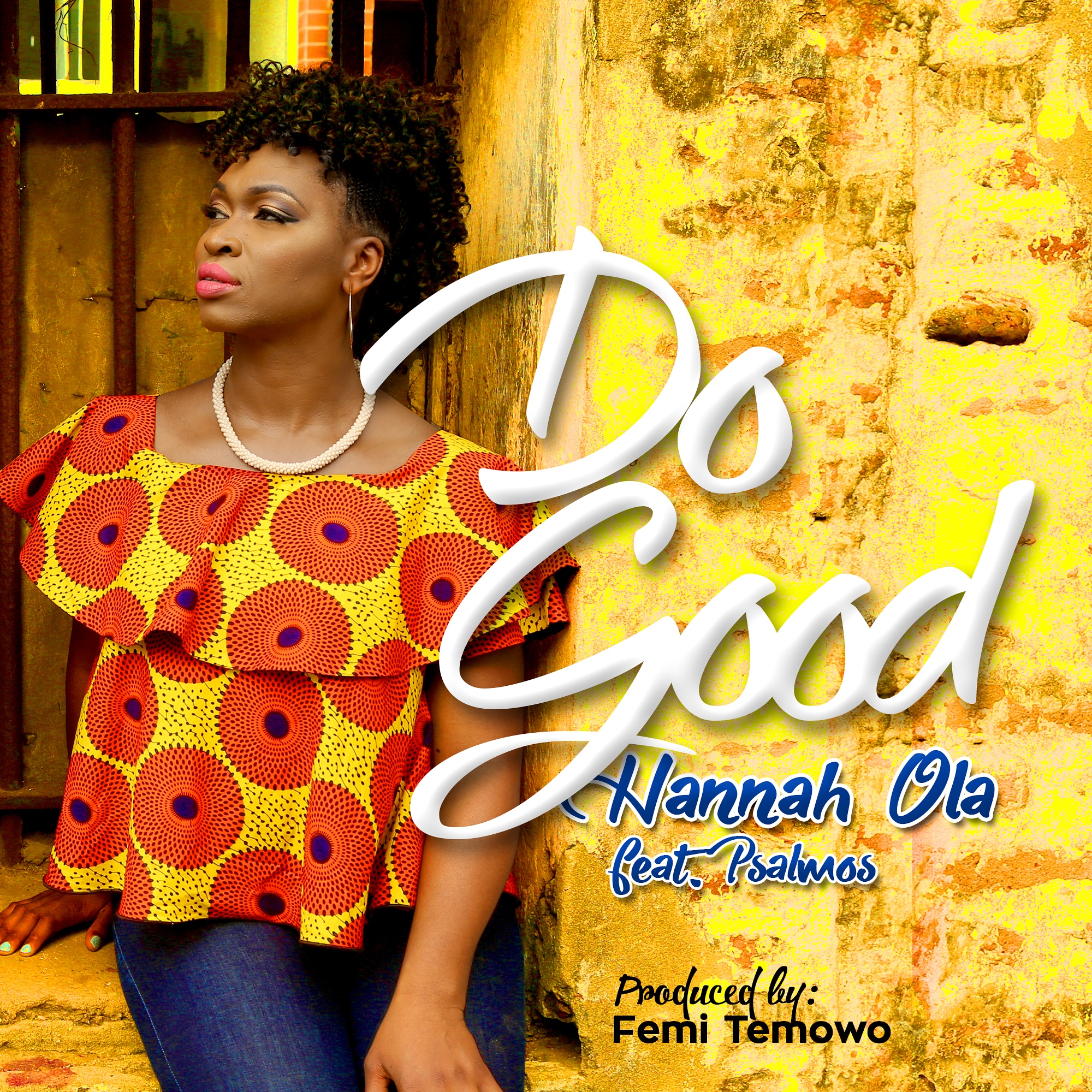 Trailblazing singer and songwriter, Hannah Ola has officially unleashed the much anticipated visual to her chart topping single “Do Good” featuring Psalmos and produced by Femi Temowo.
Undoubtedly gifted in ministering, the African Gospel Music and Media Award Discovery Artiste of Excellence of 2018, “Hannah Ola”, for the umpteenth time demonstrated her versatility and vocal prowess with another song that springs beyond borders and also ignites the light amongst the people.
Hannah’s hope is that Do Good awakens a desire to do good, and not just look good or talk good.
With Do Good you hear bits of old Highlife of the order of Sunny Ade, Ebenezer Obey, hints of the original Afrobeat of the legend, Fela Kuti , contemporary Afro Jazz masterfully fused together by producer, Femi Temowo, in a fresh unique way for young and old alike to enjoy and be inspired.
Hannah Ola has graced many platforms and airwaves with songs from her critically acclaimed album, “Expectation” : 16 self-written songs featuring award winning producers and artists.
In 2017 Hannah won the hearts of many globally with chart topping hit songs and YouTube videos, “Baba Dey”, “Blood Song” and, “Turning Around”, which became Hannah’s third hit release of that year when listed as one of the Top Songs on iTunes charts (Christian & Gospel).
Her stunning videos have been viewed in the hundreds of thousands, and aired on the major Christian TV networks.
She unveiled “Rain”, her first single of 2018 on New Year’s Day.
Do Good is Hannah’s brand new release for the summer, it is a universal message that has received a brilliant response within days of its release.
The video was shot in the streets of Lagos by Frizzle n Bizzle films, it is being described as one of the best seen so far this year!
Stream video on youtube below while you also download the audio via a link before the video.
DOWNLOAD AUDIO