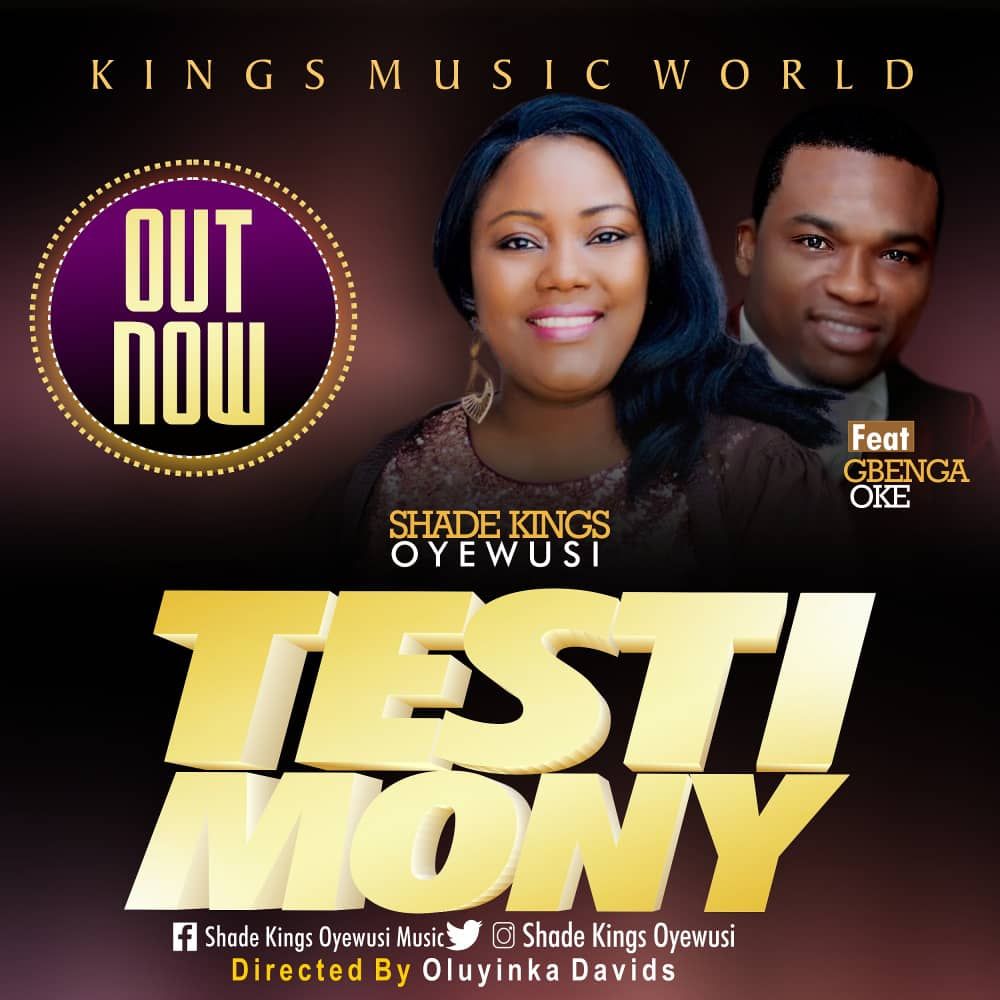 Music Minister, Shade Kings Oyewusi is excited to bless the world with this awesome Testimony music video.
Testimony was produced by Adewole Adesanya (Mr. Wols) and the official video directed by the award-winning Oluyinka Davids of iFocus Pictures. The video has great visuals, with an inspired message of hope and a song of prayers and prophetic declarations of faith. The song and video will keep you rejoicing in the Lord.
According to her: “This song was birthed by a direct word from Daddy G.O of RCCG during a programme I attended. He released that word in that meeting in Kuwait and I held on to it and I also got inspired by the Holy Spirit to develop it into a song.  God has shown himself strong in my life ever since then.
“You can buy the full album (Miracle Worker), from all digital stores.
Visit my website at www.shadekingsmusic.com for more details.”
DOWNLOAD
Watch the beautiful visuals below:

ABOUT SHADE KINGS OYEWUSI
Shade Kings Oyewusi is a Canadian-Nigerian worship leader, singer, songwriter, and recording artist. She is set to bless the world with her music ministry. She is also an Educator and lover of little children. She has been singing since she was 8 years old. Shade Kings was a leader of NIFES Choir back in the university days in Sokoto. She also started the choir in RCCG Kuwait and RCCG Lighthouse Canada. She has graced the stage with Daddy GO during Canada Saskatoon Rally, also with Ron Kenoly of the United States. Shade Kings is happily married to Minister Niyi Oyewusi and currently resides in Canada with her family. Above all, the name of Jesus alone is to be glorified through worship and praise.
CONNECT WITH SHADE KINGS OYEWUSI ON SOCIAL MEDIA
Twitter: @SadeKingsOye
Facebook: Dcns Shade Esther Oyewusi
Instagram: @ShadeKingsOye