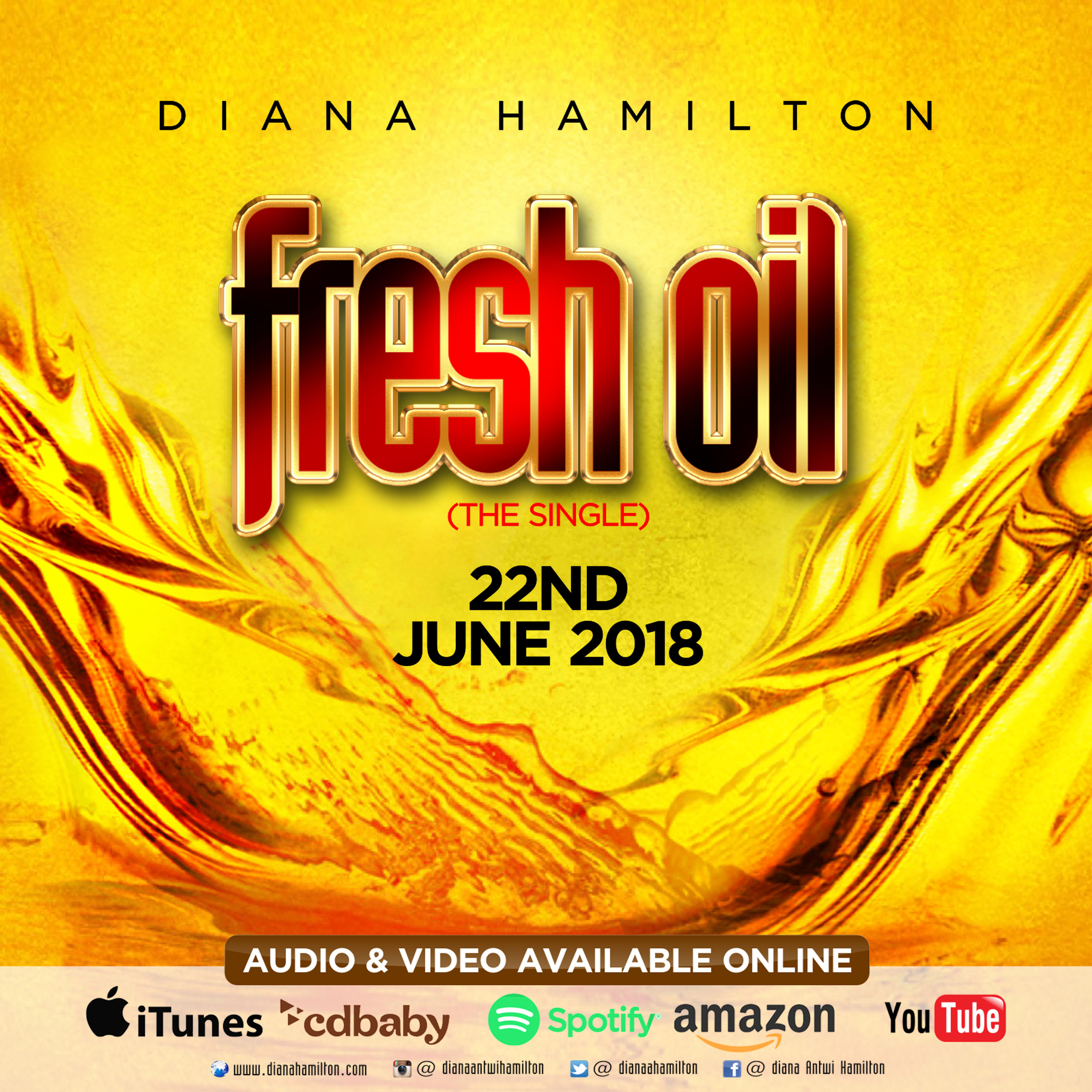 Multi award-winning UK based Ghanaian Gospel artiste, Diana Hamilton is to release a new single on the 22nd of June 2018. The song has already received extensive advance airplay on several stations and is accompanied by a music video.
The track, co-written by Cwesi Oteng , features Diana in her element with vocals that encapsulate the spirit of genuine worship, an infectious melody and guitar tones set against a backdrop of impeccable harmonies.
“Fresh Oil” was recorded live at Reverb Studios and mixed and mastered by Outluk Recordz.
“Having had big songs like Work in Progress and Yehowah Bewhe on the Yehowah album meant things had to be stepped up this time,” said Diana. “Getting the chance to bring this song to life in the writing room with Cwesi, has been refreshing.  It is my prayer that this song will be a blessing to all .”
Other singles will be released over the summer with the release of her new album at the ‘Experience with Diana Hamilton’ in London on 29th September 2018.

Get RE Energised, Recharged & Reformed At Restore This June