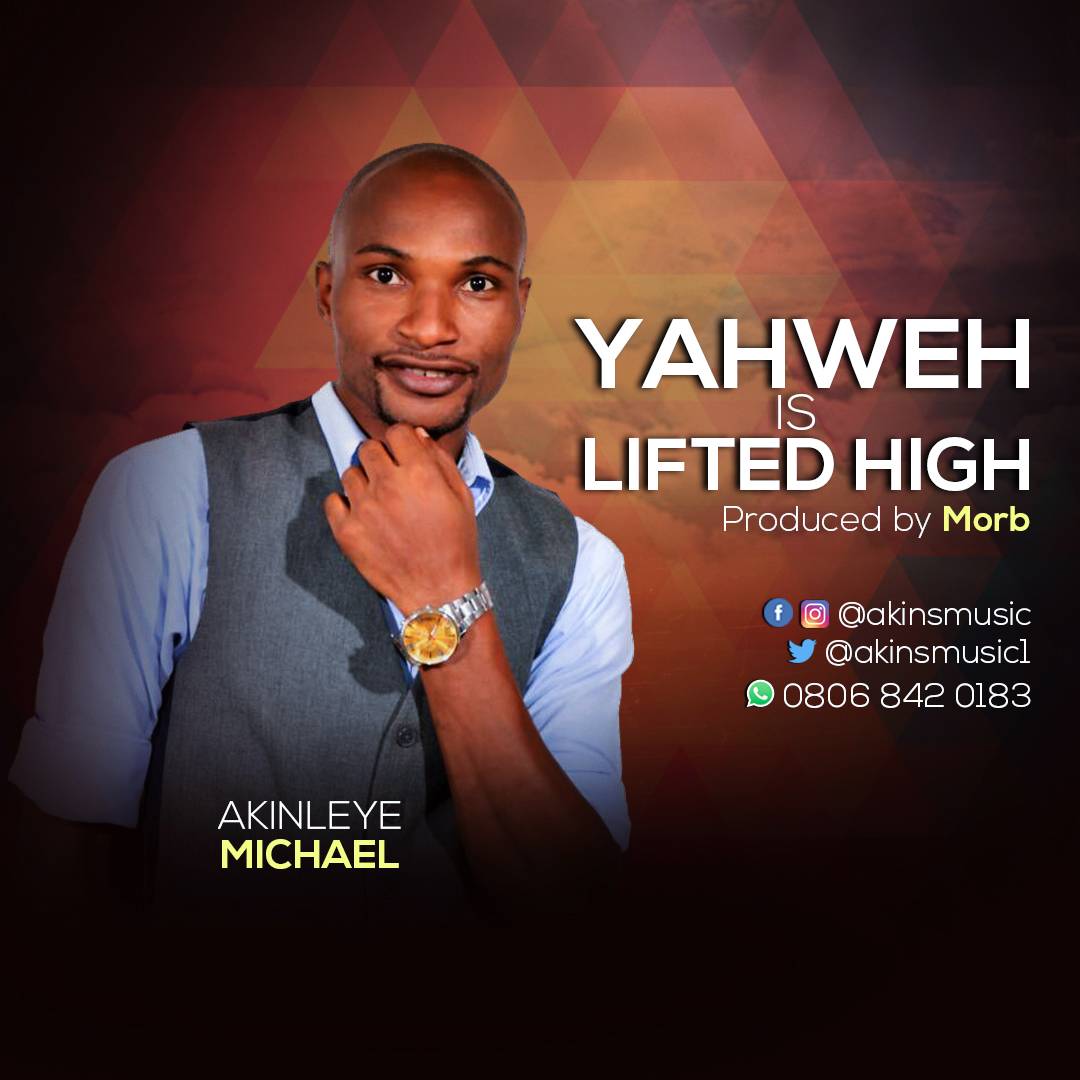 One quick listen to Akinleye Michael‘s debut release titled “Yahweh is lifted High” reveals that he is an alluring songwriter and energetic singer.

The passionate music minister whose lyrics reach the depth of the soul delivers a praise song which accords the excellence of power to the Most High God. The song speaks of God’s sovereignty over all powers, kingdom and life’s challenges.

Over the years, Akinleye Michael has ministered on numerous platforms and his music has been influenced by great music artistes such as J Moss, Kenny Kore, Frank Edwards, Nathaniel Bassey, Tope Alabi and many others. He has an affinity for Alternative Rock music but tilts towards other genres as the need arises. He believes that music is a ladder that connects men to God. It is an instrument for liberation and victorious living. He aspires to fuse art and spirit, using his music as an avenue to draw men closer to God.