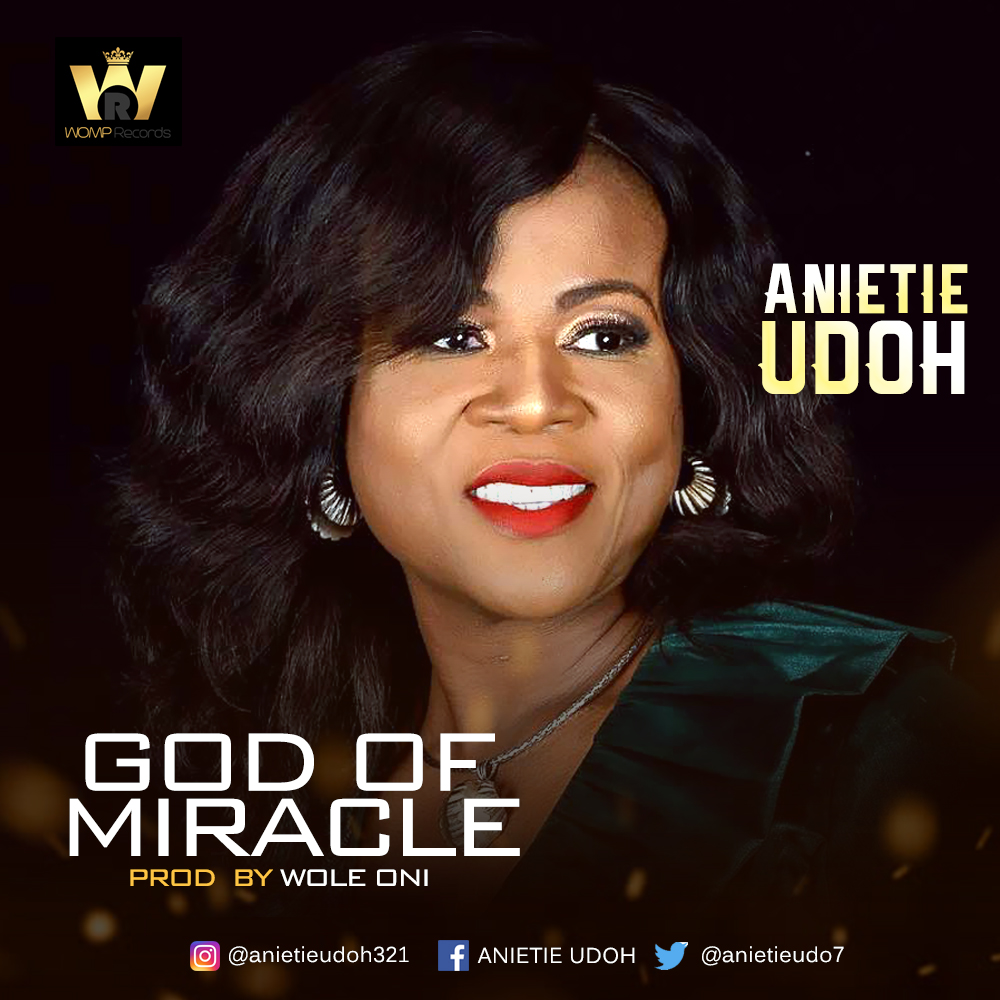 ‘God of Miracle’ by music minister, recording artiste and business expert – Anietie Udoh flows out of an in-depth conviction and assurance that our God is invincible and a master planner.
The Afro Pop infused single is one for everyone, no matter your status, position, achievements in life, you can always believe God for a MIRACLE!
Produced by the music maestro/Yamaha ambassador – Wole Oni.
Go ahead, download and enjoy Anietie’s offering of hope and faith in God!

** Composed by Anietie Udoh and Sir. Wole Oni
Download link: http://bit.ly/2KGeqBO
Connect
Twitter: @anietieudo7
Instagram: @anietieudoh321
Facebook: Anietie Udoh
About Anietie Udoh
Anietie Udoh, born into the family of Chief & Mrs Lawrence Udoh of Ekpuk in Mkpat Enin Local Government Area of Akwa Ibom State, Nigeria.
A diligent, focused and resilient person, who holds a B.Sc. in Banking & Finance (University of Uyo); MBA in Marketing (University of Calabar); and a Chattered Insurer.
Her hardwork became the ladder that transported her to her present position as a Top Executive (General Manager, Business Development) at Standard Alliance Insurance PLC.
Furthermore, she is a golfer of great repute who has accomplished the “Hole-in-one” feat with over twenty six (26) trophies to her name. She has played both internationally and locally. She is also a member of Ikoyi Club (1938); Ibom Golf Club and Port Harcourt Club (1928).
Her love for music was kick-started when she was about ten years old as her mum encouraged her to function in her church choir then.
Subsequently, every phase of her life till date founded her further into different expressions of professional singing. Ranging from being in choirs – Assemblies of God, R.C.C.G. Daystar – to leading worship, releasing albums, ministering on air et al.
In the quest to actualize purpose and passion, and to be a source of hope and encouragement to many, she decided to put sound to the thoughts that God has been pouring into her heart. This birthed the decision to return to the studio and do what is expedient.

Now, she has picked up the mantle of blessing many with songs directly downloaded from God’s mouth into heart, there is no stopping her.
Her first album – ‘God is Able’ was released in 1999; and in 2008 she released her second album – ‘You Can Make It’.
The aroma of her third album is already in the air, with ‘God of Miracle’ as the first single.
Related Topics:
Up Next

Morning Of My Life ~ Temple Nation