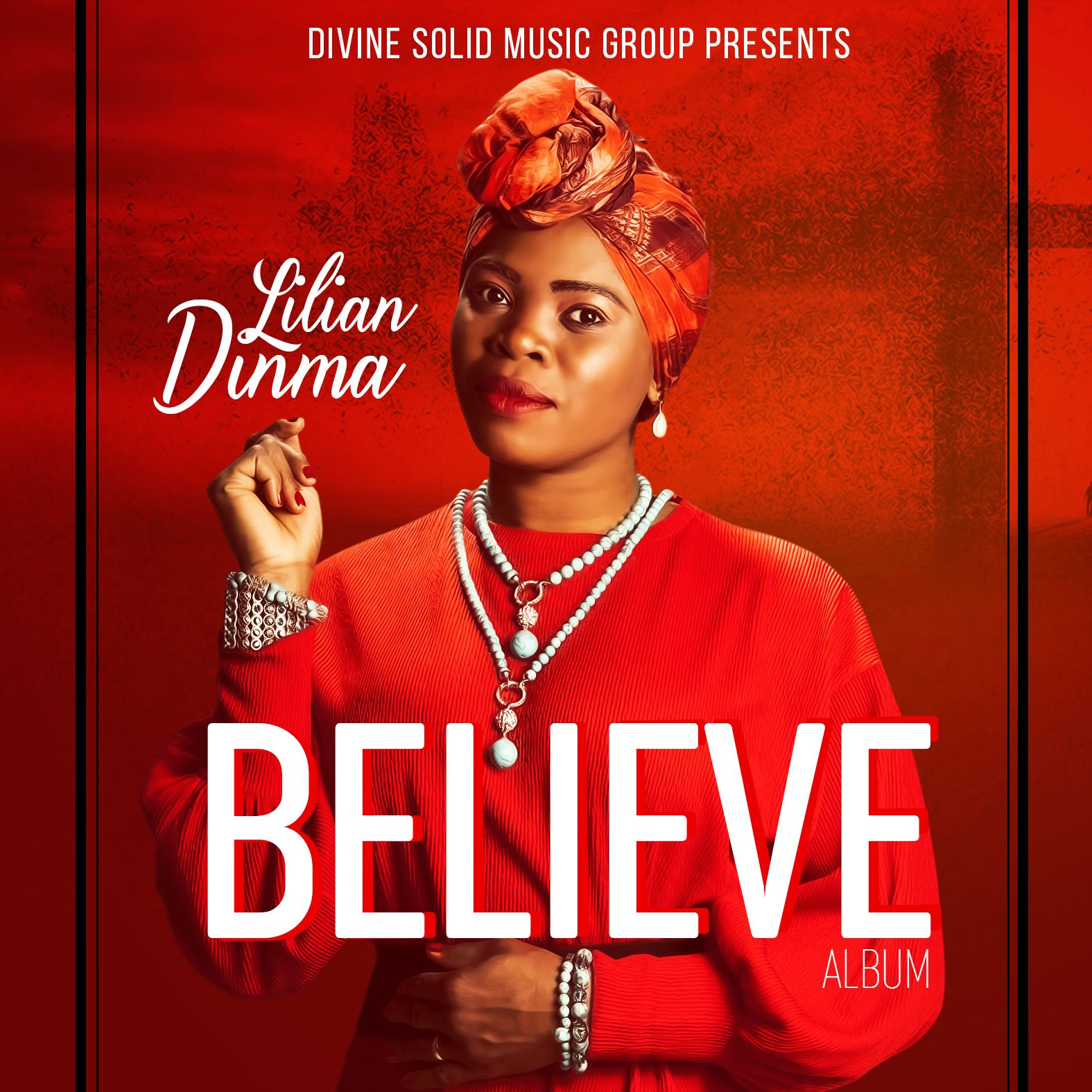 Nigeria born Europe based contemporary and evolutionary Afro Gospel singer Lilian Dinma who made her come back into the Nigeria Music industry since 2015 has announced the release of her sophomore album titled BELIEVE.

Lilian Dinma’s kind of music is to inspire, encourage and to motivate both young and old, give hope to the hopeless and voice to the voiceless. Her vocals illustrate the spiritual truth that every brethren who calls the name of God should “BELIEVE” in Him no matter what situation they find themselves.

Lilian has been dishing out amazing songs off the album for years now, some of which are Believe in God, Imela, Onyenemema, I Go Survive and lots more. The album also featured award winning artistes Skales and Tim Godfrey.

Speaking about the album she said,   ‘Tthe album “BELIEVE” is a project of 2 years and it took this time to ensure we come out with something most spectacular and spiritual to inspire the world. I am thankful to all who made my debut album a successful one and indeed history was made with “BELIEVE” the album.’’

“BELIEVE” the album is a melodious Afro Gospel songs that are guaranteed to catch the attention of every listener.  Be inspired, be motivated and above all “BELIEVE”.

Happy Birthday to Lilian Dinma as she commemorates her birthday with this album released. Stream to Download “BELIEVE” the album and drop your comment on the comment box.