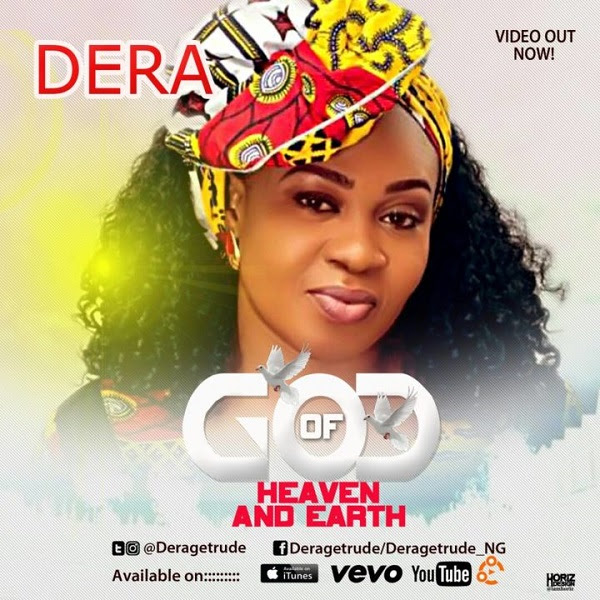 Gospel music minister Dera releases the video for her single “God of Heaven & Earth“ off the recently released debut album “In Your Presence“.
The single released December 2017, was followed up by the visual almost immediately. Dera depicts the theme of the song – The sovereignty of God – explicitly, using scenery and imagery to paint mind pictures.
God of Heaven & Earth talks about the awesomeness and power of the Most High, being the God of Creation who owns the Heaven & Earth.
Chidera Geturde Igwe AKA Dera released her debut album in November of 2017 and followed up the album with the release of the single “God of Heaven & Earth” in December of the same year. She had released the single “My Prayer” in May of 2016. The single will later be included in the debut album tracklist. Other singles off the album include “Dependable God”, “Most Holy”, “He Came”, amongst others.
Dera looks forward to more releases from the debut album with production credits from Mikkyme Joses, Willz, Samrich and Dr. Paul. She has also hinted on works on her sophomore album.
“God of Heaven & Earth” was produced by Mikkyme and video directed by Oluyinka Davids of iFocus Pictures.
Watch video below:
https://www.youtube.com/watch?v=KNl9w2_E9Zw