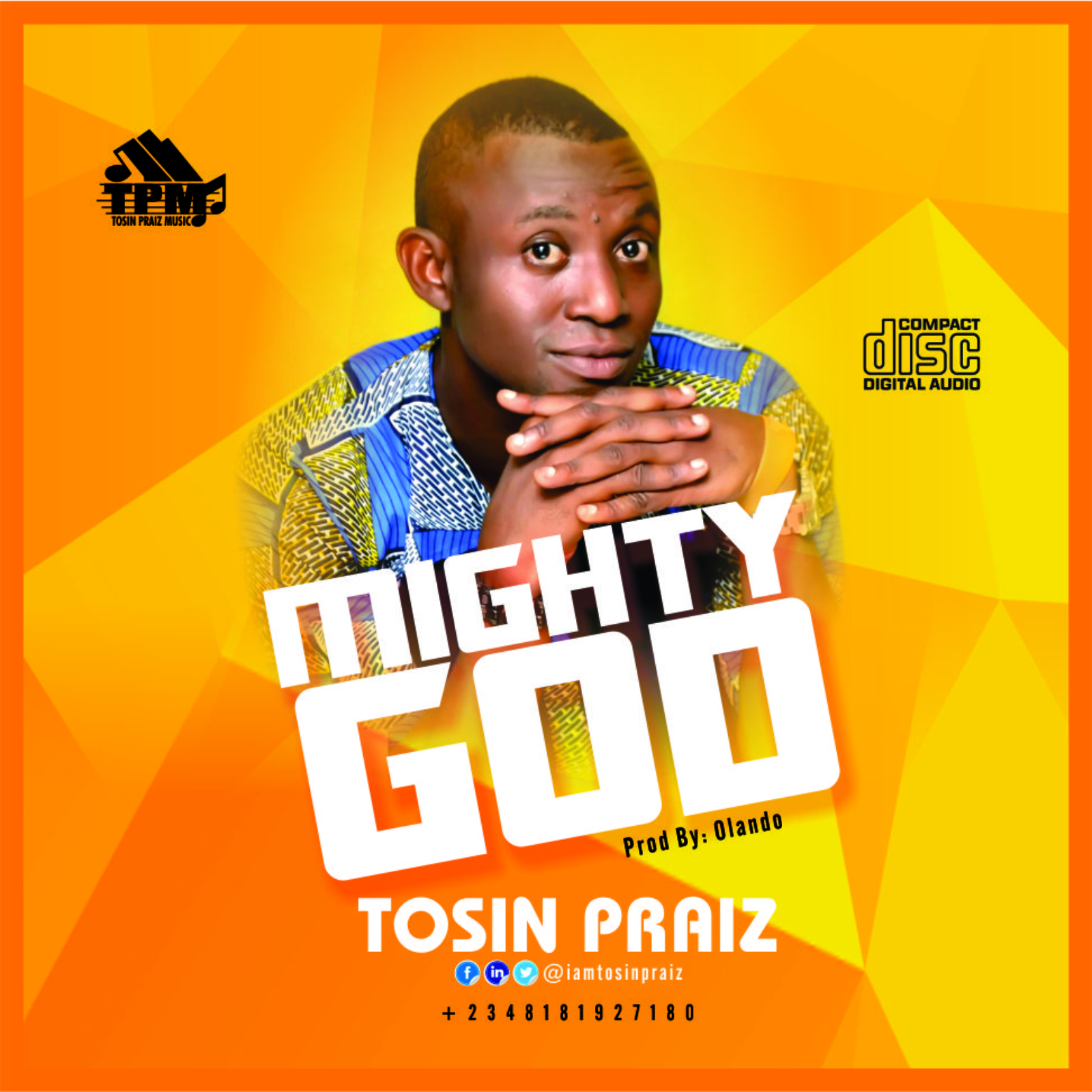 Mighty God is a worship song that tells how powerful our God is in all the universe and this is a song that restores hope and reasons to smile again. It’s a song of restoration, hope, salvation, healing, and positive turn around.
DOWNLOAD “MIGHTY GOD”

ABOUT ARTISTE
Olusola Oluwatosin Michael also known as Tosin Praiz born in Ekiti state is a spirit-filled gospel minister who started singing at a tender age in RCCG. From the children choir to the Youth/Teenage choir in his local assembly, served as choir coordinator in his church area headquarters. Tosin Praiz started music officially in 2013 and also launched his first Album “EMI ALAYE” same year.
A lover of God and a diligent worker in His vineyard, Tosin Praiz has not only coordinated music in his home church, but also in other denominations, making his contribution to the growth of God’s business with his talent. He prefers to be addressed as a soul winner, which is the purpose of his calling into the music ministry
CONNECT WITH TOSIN PRAIZ
Twitter: @iamtosinpraiz
Instagram: @iamtosinpraiz
Facebook: Tosinpraiz7
Phone: 08181927180, 08026534938, 09057546939
Related Topics:
Up Next

Music: You Fell For Me ~ Yadah [@yadahsings]

Music: My God Is Alive + You Are Different ~ LaydeeRuth [@LaydeeRuth]