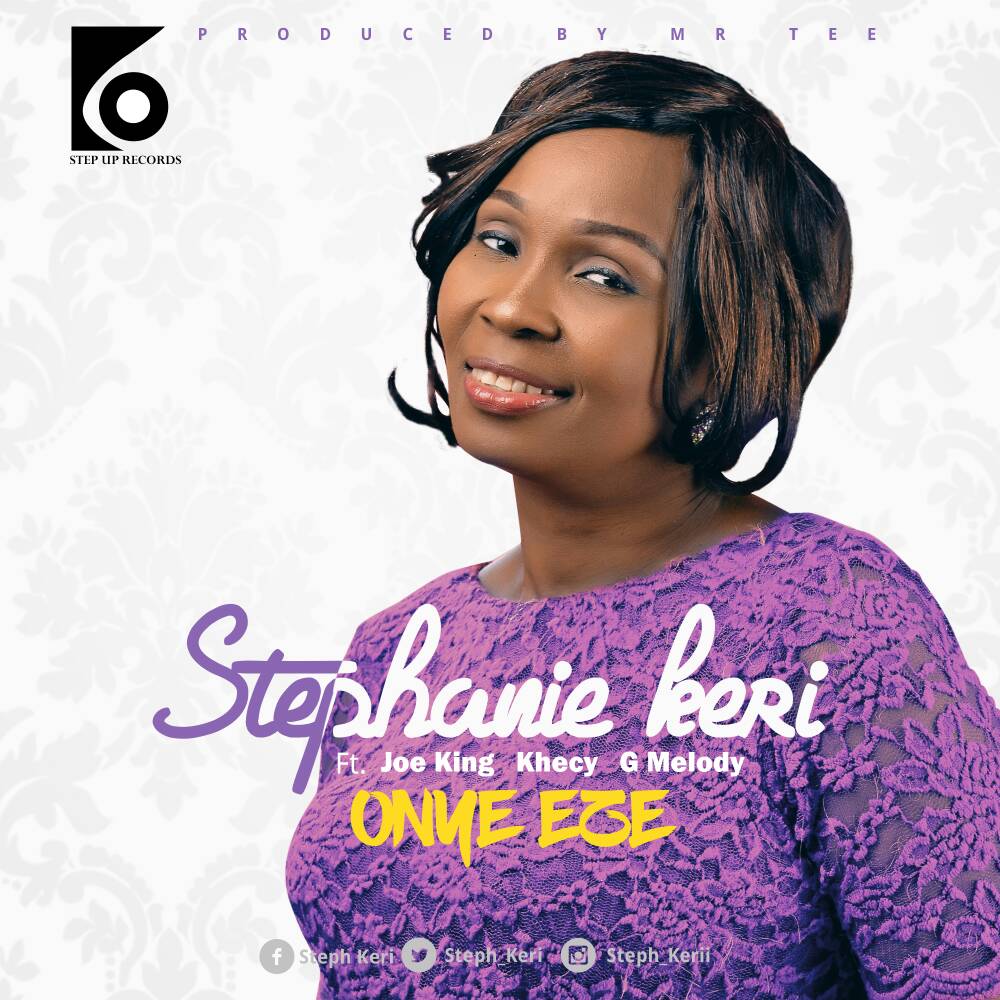 Amazing Gospel Music Minister, Stephanie Keri, releases a dynamic new single titled Onye Eze.
Onye Eze is a song that describes his supremacy and power. The song was chorused in English, Igbo & yoruba Languages.
In this song, Stephanie featured uprising gospel music artistes namely Joe King, G-Melody & Khecy.
This African groove produced by the multi-award winning music producer, Mr Tee, is undeniable and just makes you move!
DOWNLOAD
ABOUT
Stephanie Keri an amazingly gifted singer-songwriter, and music minister, based in the Eastern part of Nigeria.
She started her love affair with music in the choir of Church of God Mission Inc., to various other platforms, before finally deciding to produce and release her debut album titled “Peter Walked On Water” in November of 2012.
The album produced by Luciano, featured hit tracks such as ‘Wahala Dey’, ‘Jesus Power’, and ‘Nkume Ebighiebi’ to mention a few, and was very well received.
Recently, she was nominated by the prestigious AFRICAN GOSPEL MUSIC & MEDIA AWARDS 2017 organizers, as one of only eight (8) gospel artistes in the whole of Africa, in the category of ‘DISCOVERY ARTISTE OF EXCELLENCE’.
This nomination is for the works on her phenomenal album titled COLOURS, which she released in 2016, Produced by Mr Tee, Keecy Keys, Mr Wole Oni, Ello Oku, and which is available on iTunes and most online digital platforms for sale now.
You can also vote for her in winning the award by clicking this link below:
https://docs.google.com/forms/d/e/1FAIpQLScqGJr7SWi25ySM7v5fPxvnD2Vp0mym_nK4_3XzaltNgS29hQ/viewform?c=0&w=1
Stephanie Keri is also a wife, mother, and mentor.
CONNECT
Twitter: @Steph_Keri
Instagram: @Steph_Keril
Facebook: @Steph Keri
Related Topics:
Up Next