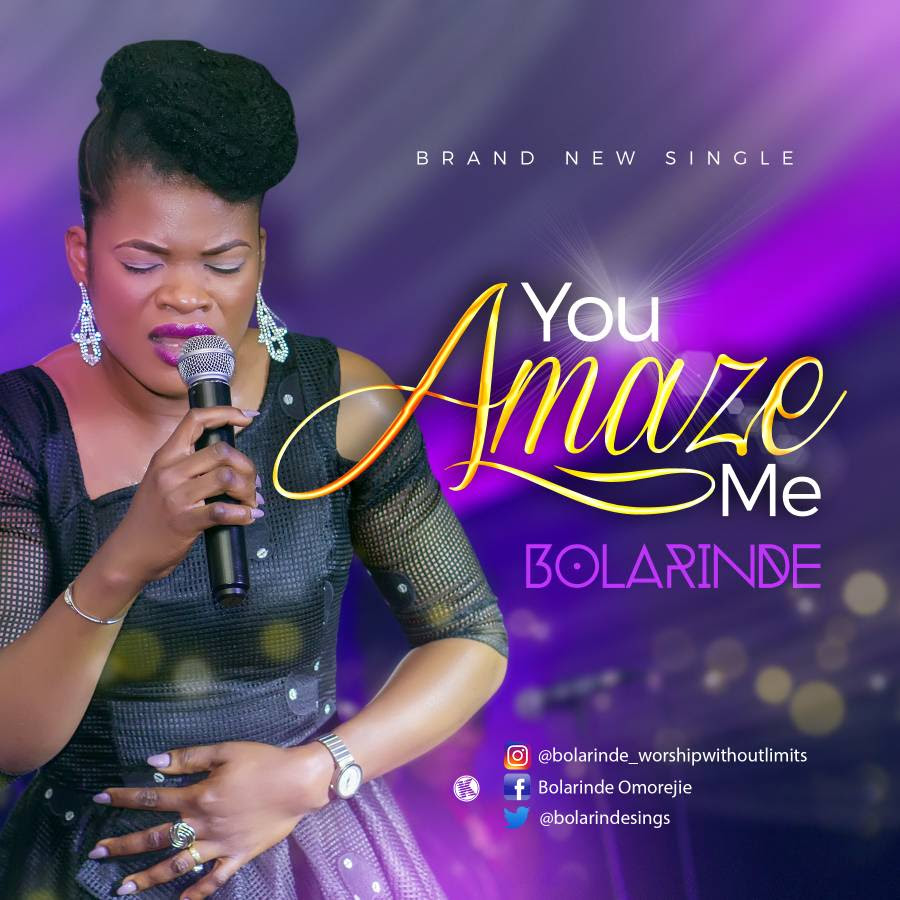 Gospel music minister Bolarinde follows up on her previous release; in quick succession, with “You Amaze Me”, Kicking off the year 2018 in worship to God!

The contemporary Gospel singer slows down the tempo to pour adulation on the Most High. The rich composition is expressive with the lyrics, as well as the instrumentation. It speaks of the wonders of the Supreme Being and His ways.

Just a week ago – 26th of December 2017 precisely, the singer released her debut single “For Your Praise” produced by Mr. Brown of Gatehouse Music with Peter Oseghale of the same outfit on the Keyboard.

She is a lead vocalist at the Believers Loveworld – Christ Embassy. Her Western Contemporary style is influenced by the music of legends including CeCe Winans, Juanita Bynum, Don Moen and Ron Kenoly.

Through her live worship program – “Worship Without Limits” – the Edo State born Gospel singer intends to take the message of the Gospel around the world. She has featured anointed worship leaders such as Ayo Vincent, Eniola Adisa, Elzaccai and a host of other ministers in the previous editions.