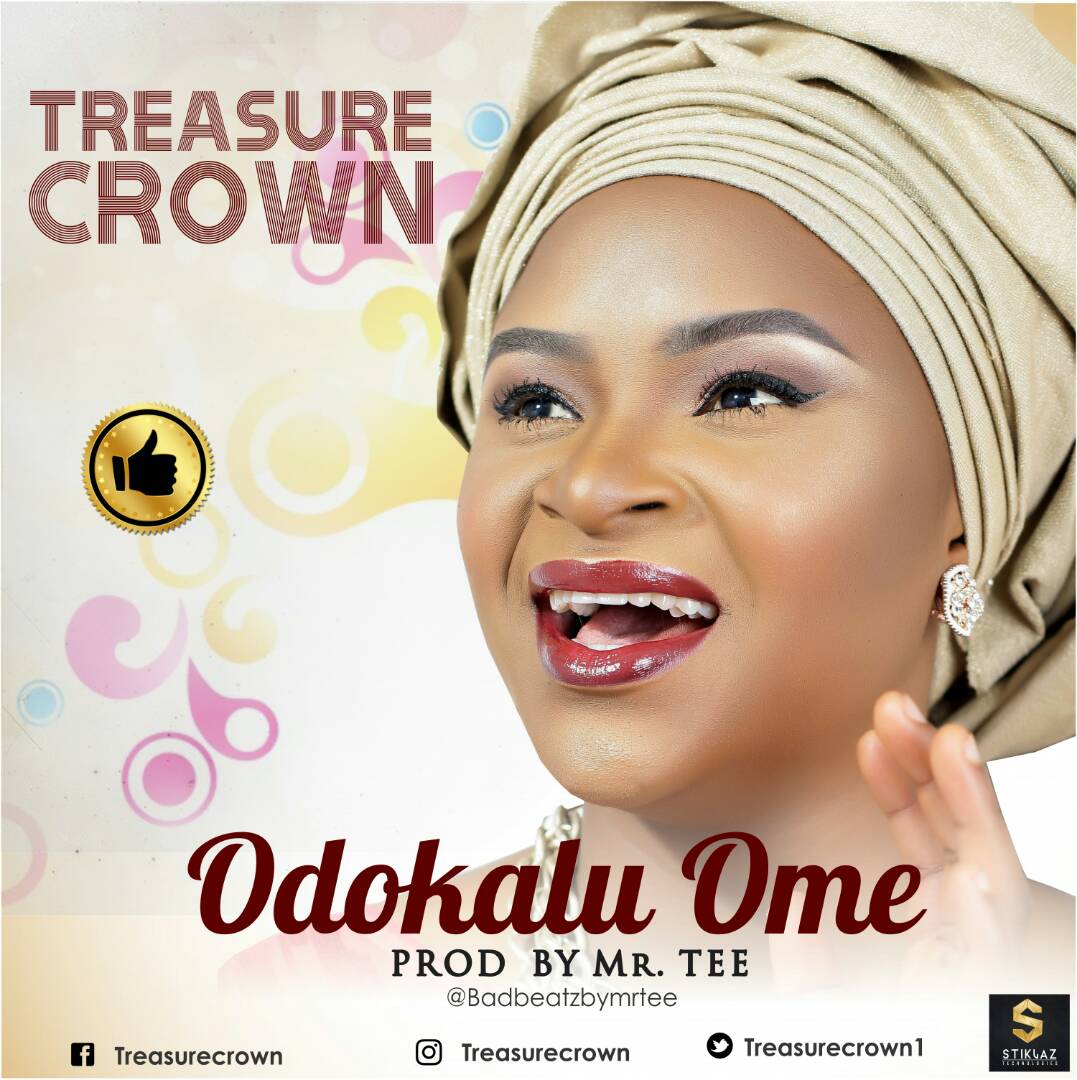 After the release of her debut single ‘Light On Us’ which received massive Love, airplay and plenty reviews online, Treasure Crown is here with another soothing sound, she calls his one ODOKALU OME which means, God who makes things happen.

All her songs was produced by the amazing Mr Tee who is currently nominated as best Nigeria’s gospel producer & multi award winning music producer who has earned uncountable credits to his works over the years. The song comes with an African Contemporary Folk sound. This one will make you dance big time.

You with love it!

The Name Treasure Crown is synonymous to excellence in delivery, and over the years that has stood Treasure out; among her contemporaries.

Treasure Crown is a unique-toned Afro-Soul and African Contemporary Music Artiste who is passionate about providing solutions to people’s problems through ‘Goodnews’ music.  She thrills Thousands of music lovers as she performs every month at different occasions and events.

TC (as fondly called) who hails from Eastern Nigeria, is a member of the Imo State Government House Band, and also has enjoyed recognitions from Governor Rochas Okorocha every year from 2012 – 2017 at his Birthday and those endorsements have created room for her to perform at events where the Crème de La Crème of Nigeria, Presidents of States in Africa including South Africa President – Jacob Zuma, Liberia President – Ellen Johnson Sirleaf were seated.

She has in her about a decade of providing solutions through music worked with and performed along Samsong, Waje, Orisefemi, Timi Dakolo, Elijah Oyelade , Ron Kenoly, Steve Crown, Onyeka Onyenu , Uche Double, Frank Edward, Chioma Jesus, Afy Douglas,  plus others. She finished as one of the Top 8 finalists of Africa’s leading Gospel Talent Hunt Events – Rising Star Gospel Show and  Destiny Child Gospel Music Talent Hunt