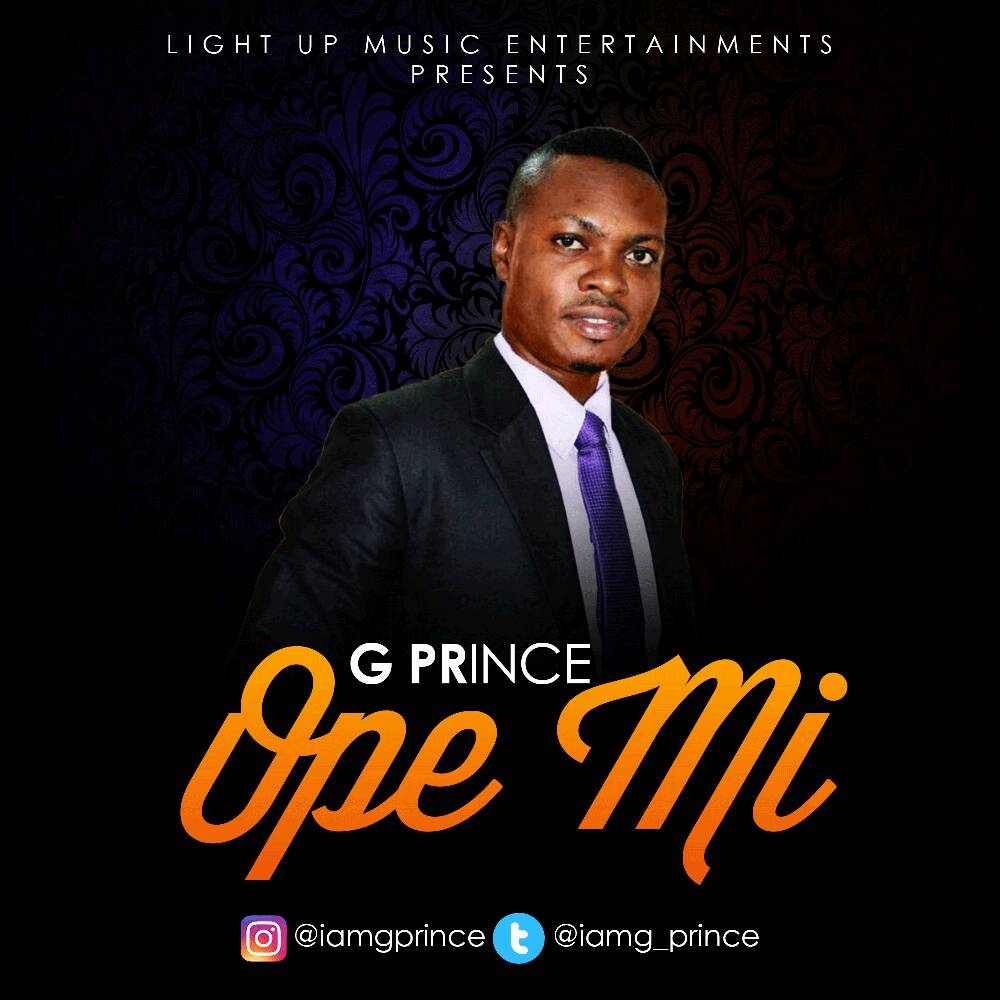 Gospel Minister, G Prince is out with another new single titled “Ope Mi” which means My Thanks.
In his words, “This is song is a sincere appreciation to the maker of the universe, He who no one know his beginning, and has no end. He sees the needs of every one, and provides accordingly. When enemies think they can bring you song of sorrow, He (GOD) put songs of thanksgiving, songs of praise in your mouth, here is a great song of thanksgiving to GOD for everything HE has done and still doing.”
Ope Mi was produced by Keasungs.
DOWNLOAD
http://k003.kiwi6.com/hotlink/a05lpwsbbo/Ope_mi.mp3
ABOUT G PRINCE

G prince jos based was born into a family of seven, hails from Benue State. He got interested at a very tender age of seven and attends Assemblies of God Church.

G Prince has shared the stage with many great gospel artists, sings in concerts, crusades and serves as the music director in several choirs. He is known for his popular hit tracks like King of Kings, Awimayehun and many more.