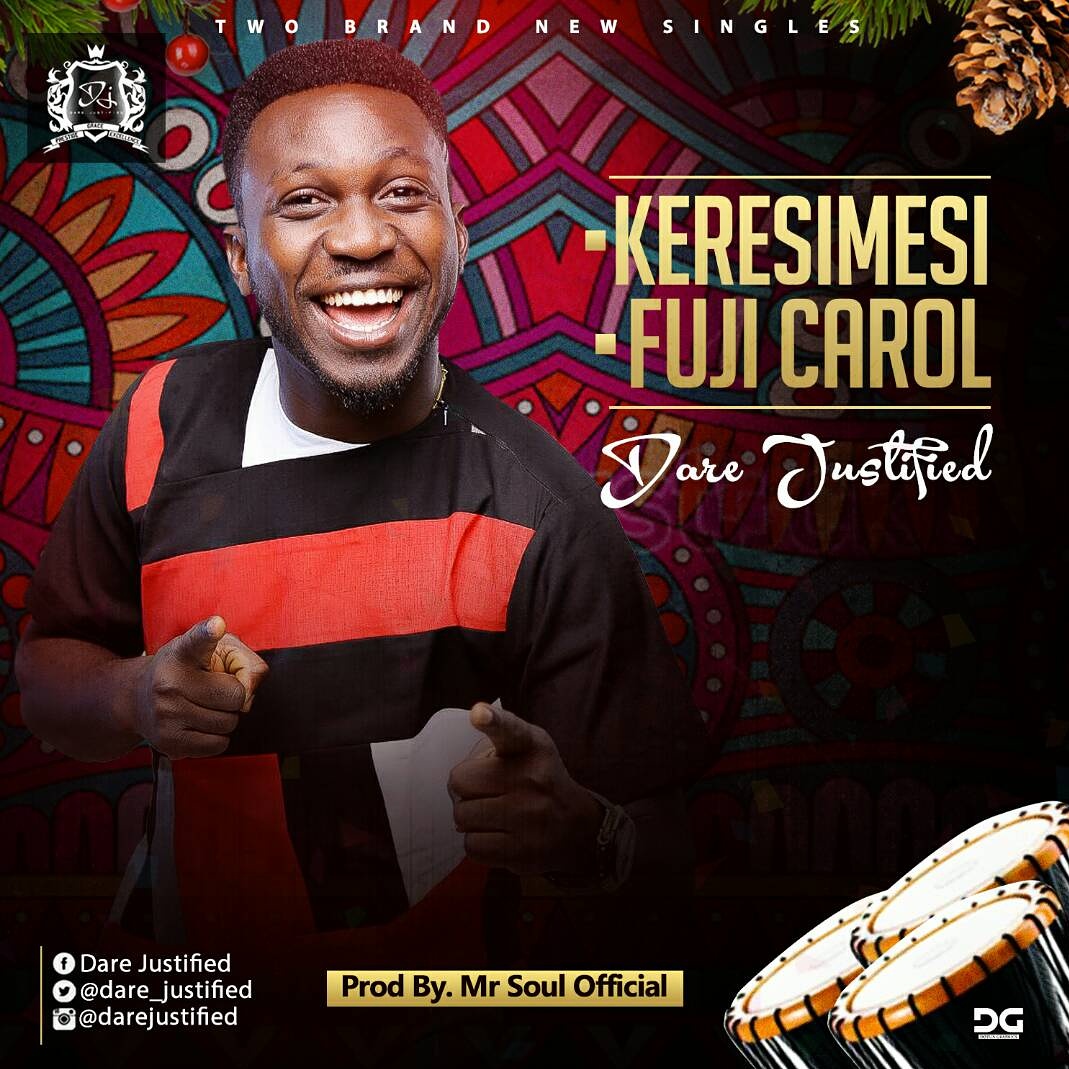 Gospel act Dare Justified drops new singles titled Keresimesi & Fuji
Carol. It is beginning to look a lot like Christmas and popular gospel act,
Dare Justified, is apparently leaving nothing to chance this yuletide
season to thrill his fans.
This is as he dropped two new singles titled “Keresimesi” and
“Fuji Carol”.
The new singles are coming on the heels of the gospel sensation’s five
tracks Extended Play (EP) with hit track, “Flourish” which has been
enjoying massive airplay since its release.
Flourish has undoubtedly garnered the reputation as an inspiring song of
all time in respect to its acceptance across board.
This, notwithstanding, its prophetic lines dotted with strands of
inspiration which seamlessly appeal to lovers of gospel music.
The latest release, however, is not an exception.
What got many beaming with expectations having released its artwork a
few days ago, once again, reflects the dexterity of Dare Justified to
do, uniquely, what has been done just the usual way, overtime.
Fuji Carol and Keresimesi in their own measure of uniqueness seek to
capture the essence of Christmas perfectly much as simply put in two
separate genre.
As Fuji Carol adorns a blend of local lyrics, Keresimesi is laced with
gratitude to God in the event of celebrating the birth of Christ in yet
another Christmas season.
It certainly would not be the first time Dare Justified crept up on his
fans, albeit rather unawares.
DOWNLOAD:
FUJI CAROL
http://old.hulkshare.com/dl/7t5pcxityv0g/Fuji%20carol?d=1 [1]
KERESIMESI
http://old.hulkshare.com/dl/n9urwzdz37k0/Keresimesi?d=1 [2]