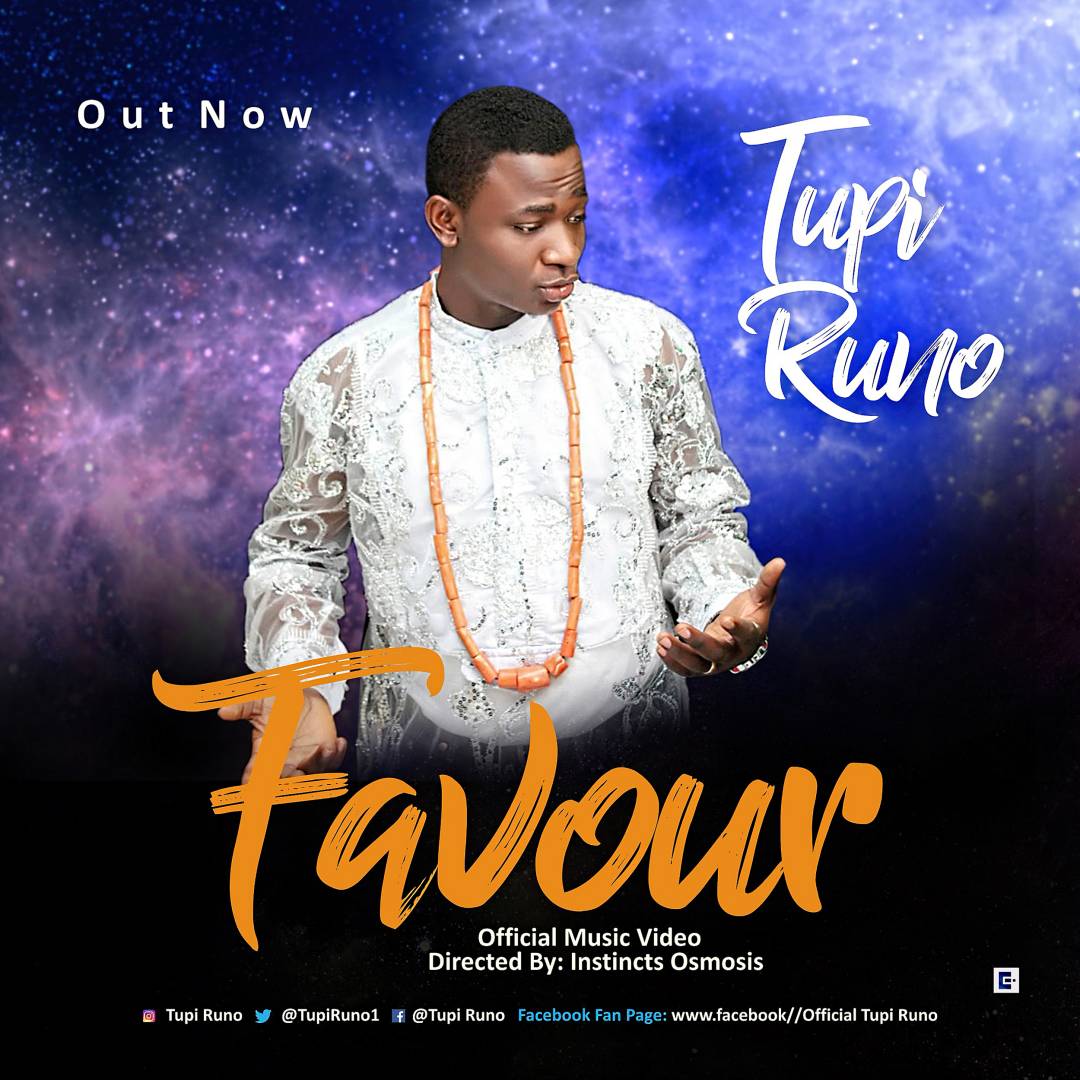 Music minister, Tupi Runo releases a spanking new song and official music video titled “Favour.” It’s a song of thanksgiving and positive declaration laced with Naija Delta rhythm. Sing along and speak the words of the song over your life and loved ones as you go into the new year.
Speaking about the new song, Tupi says:
“Favour was written one fine morning immediately I finished my devotion. I looked at my life and saw God’s hands all over me, working wonders in both my musical and secular life.
“Catch the favour syndrome now as you download listen and share. God bless you!” – Tupi Runo d Gbegereist
DOWNLOAD “FAVOUR”
Watch the video below: