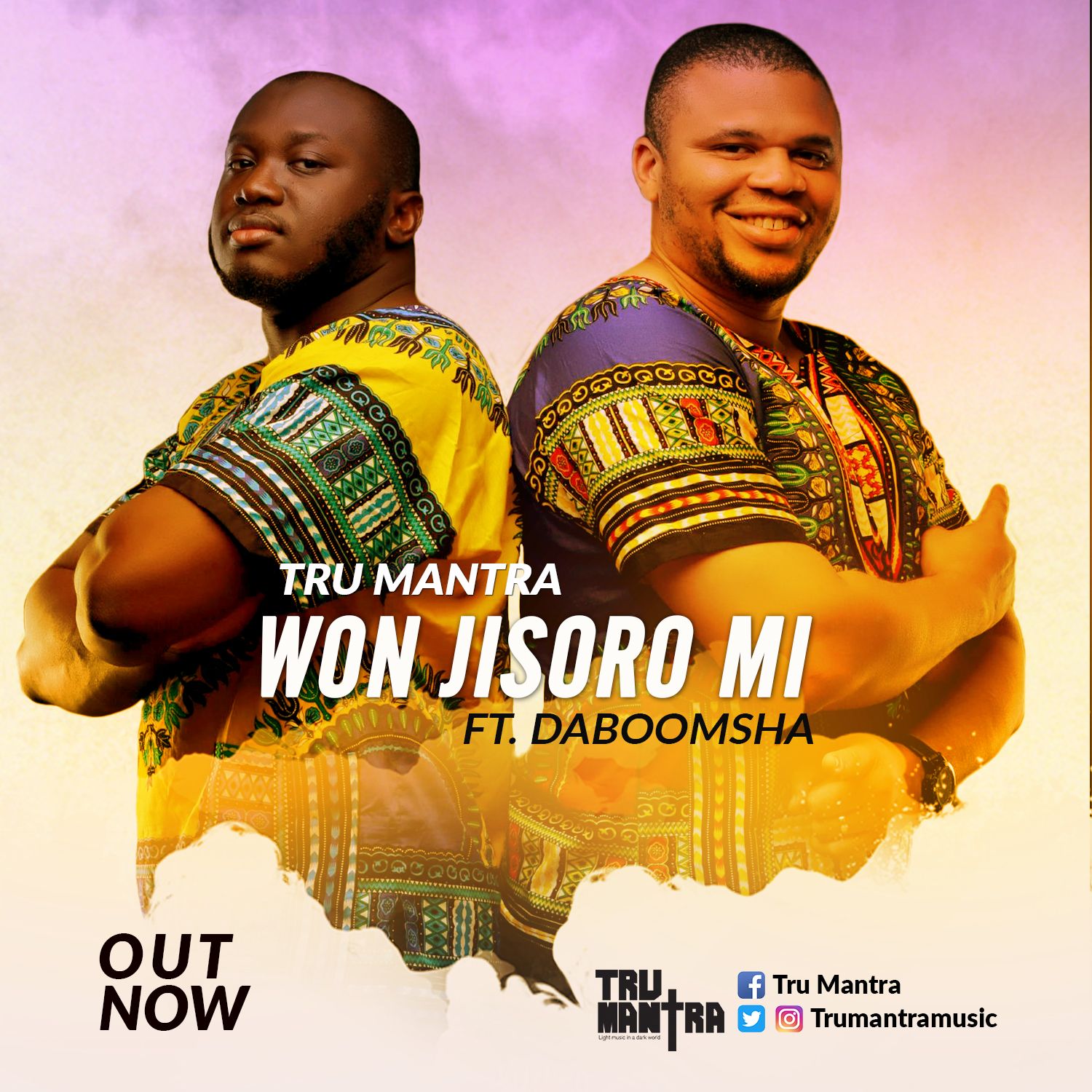 The duo Tru Mantra have lived by their tag line for years now – light music in a dark world, and their latest single, Won Jisoro Mi featuring Daboomsha further accentuates this.

The song title makes the message amply clear: There will always be people who wonder about how you’re doing so well while ignoring the factors for success: working hard on your feet and praying even harder on your knees. That the shiny exterior veneer is only possible because of a child-like dependence on God isn’t immediately apparent.

Famed for infusing their culture and heritage into their music, Tru Mantra serves up Nigeria in Won Jisoro Mi – Hausa, English and Yoruba verses laid over a thumping beat and a hook that will stay on replay in your head long after the track has ended.

When Tru Mantra raps “why you come dey prokove/ abi you think say na man dey promote?” allow the words simmer in your mind and then slowly sink in. You now have a nugget of truth that not many others do.

Let that realization compel you to sing along with the chorus all the louder – Won Jisoro Mi!

But my style really varies

but I never vanish

I dey with my people

U know how the thing go

Got a new joint these homies are panicking

Please, I can’t stand the monster with green eyes

Oliver, why you dey vex? Shebi you done go twice?

Ah ah, you are skating on thin ice

Haven’t even started / them think say I be done arrive

Hmm, why you come dey provoke /

You can drive in your car / Oluwa is riding this donkey

Omo your way far / my solution is turn key

I monkey, ape everything that Baba does

I’m on key, stay true to the cause

Focus on the giver not distracted by the gift

Scored the hat-trick only by his assist

Hesitate to crave never give in to the beast

ABOUT TRU MANTRA
Lanre Abiose and Tony Okwechime make up the music duo known as Tru Mantra. The group’s unique blend of Afro hip hop delivered amid myriad nuances communicates clearly their Christian worldview and draws richly from the influence of their formative years spent growing up in Lagos, Nigeria.
The group’s mission statement – Light music in a dark world – is driven by a desire to evoke thought while delivering music that cuts across demographics and genres.
Whether delivering rap punchlines, weaving lyrically between the swaying melodies of an Afrobeat bass line or singing the hook on a hip hop track, Tru Mantra will inspire while being fun…the kind that you don’t have to leave your mind and soul behind to indulge in.