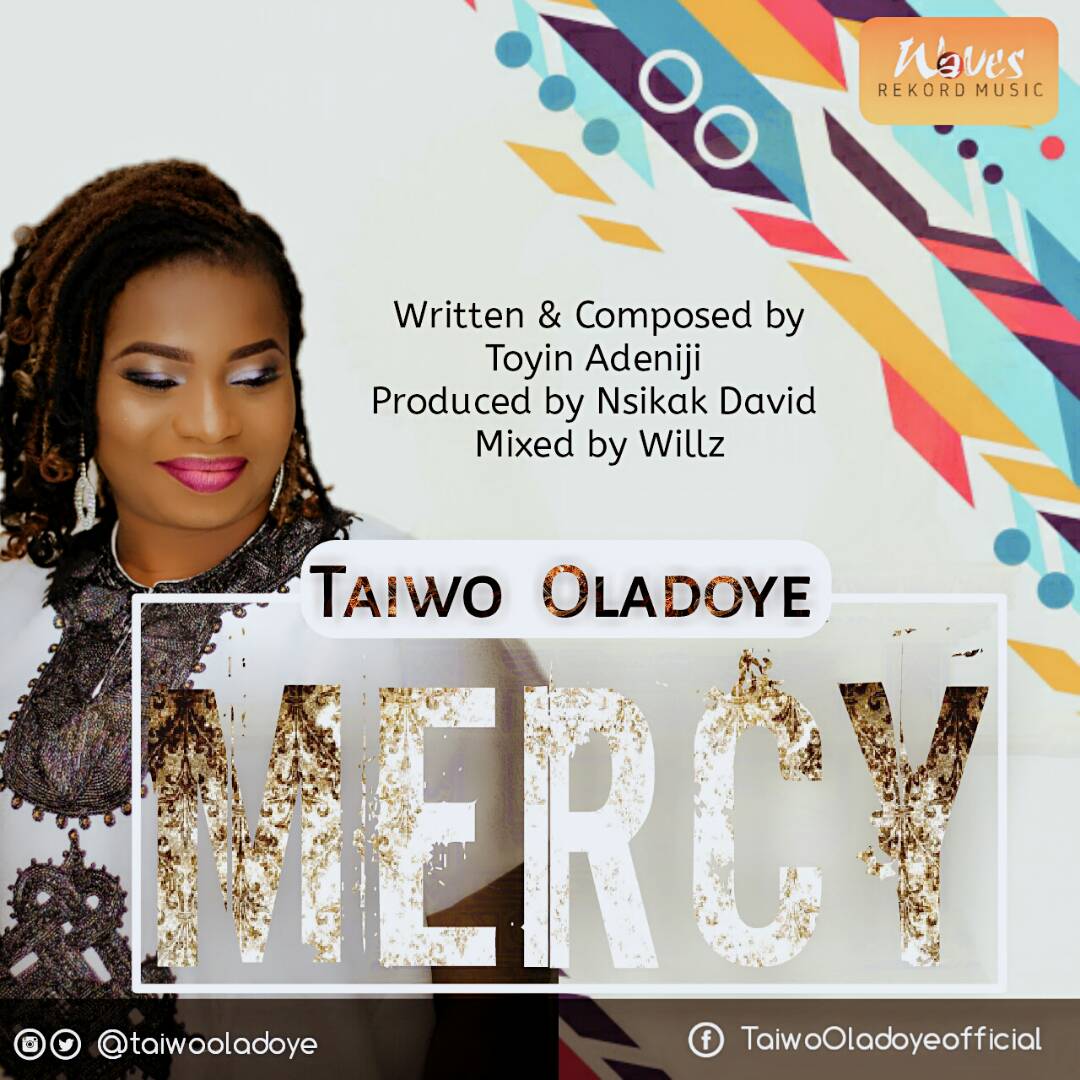 Multi-award winning contemporary Gospel artiste and worship leader, Taiwo Oladoye is out with a new single ‘Mercy’.
‘Mercy’, a mid-tempo, African rhythm is a song of prayer depicting a soul that recognizes God’s authority as ‘The One’ who promotes ultimately. Without giving credence to laziness, ‘Mercy’ seeks to reinforce the message that intelligence and diligence are key, yet limited in what they can achieve. However, with God’s mercy, the results become limitless.
Taiwo, since the release of her previous multi-award winning debut album, has continued to minister more via live worship sessions and concerts, whilst working on her sophomore album and strengthening her career as an advertising practitioner.
‘Mercy’ is written and co-produced by Toyin Adeniji. Produced by Nsikak David and has much love from Daniel Kenny (Bass Guitar), Samuel Onwudo O (Drums), Nsikak David (Lead Guitar) and Willz (Audio Mix).
‘Mercy’ is being released from the stable of Waves Rekord. Executive Producer David Oladoye.
Listen & Download
http://k003.kiwi6.com/hotlink/9pqjcw5io2/MERCY.mp3
CONNECT
Facebook: Taiwo Oladoye
Twitter: @TaiwoOladoye
Instagram: @taiwooladoye
YouTube: Taiwo Oladoye
Website: www.taiwooladoye.com
Email: Taiwo.oladoye@gmail.com