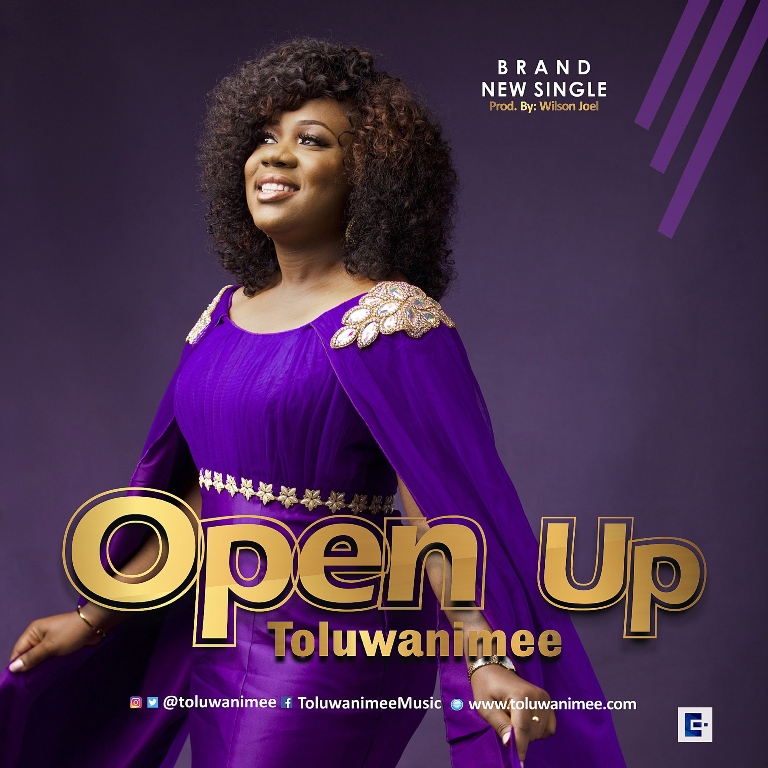 International Gospel music minister – Toluwanimee is back with a new single titled – ‘Open Up’ from her debut album titled – ‘Go Deeper’ scheduled for released in the first quarter of 2018; after the release of the worship anthem – ‘Ultimate Price’ earlier on in the year featuring Freke Umoh.
Sharing the inspiration behind the soul stirring new single, Toluwanimee shared –”If you are a people’s person you would totally relate. I got this song at a time when I got to my wits end and totally exhausted myself, a lot of things were going wrong at the same time.
People misunderstood me, relationships I had built over time were strained and I was in that place of solitude, and brokenness to God. Just fellowshipping and listening for some kind of reassurance the song came “I open up that you would fill me, let showers of rain of your refreshing fill my soul and every searching I open up.
Break down my walls; change my perspective, I open up. The song gave me life, it ministered to my spirit. I contacted Wilson Joel and after he worked on the song and built a structure.
I wrote the bridge, take over Holy Ghost power, break down walls Holy Ghost power take over, over all of me.”
DOWNLOAD
http://toluwanimee.com/download/1057/
You can also get ‘Open Up’ via any of the links below:
Boomplay Music | Music+